Over the past two weeks, Johnny Depp has had his private life ransacked in London’s High Court.

And the daily stream of headlines are more than embarrassing for the one-time Hollywood whose razor-sharp cheekbones left 1980s teenagers quivering.

Tales of poop in bed, a diet of whiskey and drugs, plus barely literate texts, have all been unveiled during the libel case, as the star, now 57, is suing The Sun newspaper for calling him a “wife beater” — denying he abused his second wife, actress Amber Heard.

He’s come across as a shambolic figure, and onlookers told The Post that Depp sits at the back of the court, bizarrely sketching the courtroom and the judge.

But he still has one thing going for him — the support of his famous exes, who include some of the most beautiful women in the world. Actress Winona Ryder and singer Vanessa Paradis both submitted statements singing his praises.

“I was absolutely shocked, confused and upset when I heard the accusations against him,” Ryder, who was once engaged to Depp, said. “I truly and honestly only know him as a really good man — an incredibly loving, extremely caring guy who was so very protective of me and the people that he loves, and I felt so very, very safe with him.”

Meanwhile, Paradis, the mother of Depp’s two children, said: “This is nothing like the true Johnny I have known . . . This is so upsetting as he has helped so many persons in his personal and professional life, with kindness and generosity.”

Depp’s long-forgotten first wife, Lori Anne Allison, told The Post that she stands behind him, too.

“I feel bad for Johnny having to go through this,” Allison said. “He has such an enormous heart and deserves happiness in life. He has never raised a hand to me or been violent towards me. I wish him the best and hope that he can get back to doing what he loves soon.”

Allison and Depp met through her brother, who was the bassist in Depp’s band The Kids, in their hometown of Miramar, Fla.

After a brief courtship, they tied the knot in 1983, when Depp was just 20 years old and Lori was 25. Photos from the wedding show Lori, a slight brunette, beaming as Depp, clad in a black suit, feeds her cake.

“It was so long ago and we were married for such a short time, [but] we shared some truly amazing times,” Allison said.

As The Kids took off, the band and Allison decided to move to LA. She had music dreams of her own: “I wanted to become a recording engineer,” she told the Miami Herald in 2015.

But after she went target shooting without proper protection, she lost 80 percent of the hearing in her left ear.

To make ends meet, she worked as a makeup artist, while Depp held odd jobs, including as a telemarketer for a pen company.

Allison would turn out to be the key to his Hollywood career, when she introduced Depp to her new LA pal Nicolas Cage.

The actors became drinking buddies and Cage got Depp the audition for his breakout movie, 1984’s “A Nightmare On Elm Street.”

“Nic Cage said, ‘You should try being an actor. Maybe you are one and don’t know it,’” Depp later told Playboy, adding he did it to pay rent.
But as his career began to take off, his marriage crumbled. He and Allison split in 1985, citing irreconcilable differences.

Still a makeup artist in California, Allison told The Post that she never remarried.

Depp, meanwhile, was launching his Hollywood love life. After the divorce, he had a three-year relationship with Sherilynn Fenn, who would soon go on to star in the cult TV series “Twin Peaks.”

During that time, Depp became a huge star thanks to the TV show “21 Jump Street,” but he chafed at his teen-heartthrob image and left the series in 1989 — right around when he started seeing “Dirty Dancing” star Jennifer Grey.

His first real high-profile romance came later that year, when Depp, then 28, hooked up with quirky 17-year-old ingenue Winona Ryder. He was the guy Sassy magazine readers wanted to date, and she was the girl they wanted to be, and it seemed to be a perfect match when the two got engaged in 1990 — the same year their film “Edward Scissorhands” was released.

Depp once said: “I’d die for her. I love her so much.” So much so, he famously had “Winona Forever” tattooed on his arm.

“Winona and Johnny had a wonderful relationship,” a Ryder source told The Post.

Alas, the couple split in 1993, allegedly because her parents discouraged her from marrying him. Depp had his ink altered to say “Wino Forever.”

With the actor’s next romance, he met his wild-child match. Depp first encountered waifish supermodel Kate Moss, 11 years his junior, at the East Village celeb hangout Cafe Tabac in 1994. He was so smitten, she has said, that he once presented her a diamond necklace stuffed between his butt cheeks.

For his part, Depp has claimed that he and Moss had sex in every one of Chateau Marmont’s 63 rooms, and he once filled a bathtub with champagne for her birthday.

There were dark moments, too. Rumors swirled of screaming matches between the couple. And in 1994, police were called to the Upper East Side’s Mark Hotel, where they found Moss and a “possibly intoxicated” Depp in a trashed presidential suite after an alleged fight. Depp blamed the mess on an armadillo he said was hiding in the closet. No creature was found. He was arrested on charges of criminal mischief and billed $9,767 for hotel damages.

Moss has said she struggled for a long time following their 1998 split: “Years and years of crying. Oh, the tears!”

After that, Depp seemed to settle down, moving to France (and, later, a private island) with singer Vanessa Paradis and raising their kids, Lily-Rose, now 21 and an actress, and Jack, 18. The two were together for 14 years, keeping a low profile as he made a fortune thanks to Disney’s “Pirates of The Caribbean” movies. He has since claimed that $650 million of that fortune was “stolen” by business managers.

Paradis and Depp split in 2012, and he soon began seeing Amber Heard, his co-star in 2009’s “The Rum Diary.” They wed in 2014 and endured what was apparently a rocky two-year marriage. When Heard filed for divorce, she also obtained a restraining order against Depp, alleging he had been verbally and physically abusive. Heard has admitted on tape that she hit Depp, and he claims that his finger was severed after she threw a wine bottle at him.

Because of all this, one Hollywood insider finds it shocking that Depp would pursue the libel case, knowing it would air out all of the former couple’s dirty laundry:

“I have to admit I find it baffling that Johnny chose to go to court. It’s not only embarrassing, it could have huge repercussions for his career, and I feel bad for his children, having to listen to this.”

But Depp isn’t backing down. He is also suing Heard in the US for $50 million for allegedly defaming him in a Washington Post article about domestic abuse.

“The reality is, even if he wins, what’s he going to gain with all this stuff coming out?” said a top LA lawyer. “He may not be a wife beater, but this will stick with him forever.”

Whether he’ll ever date again — or whether any woman would have him after this — remains to be seen. 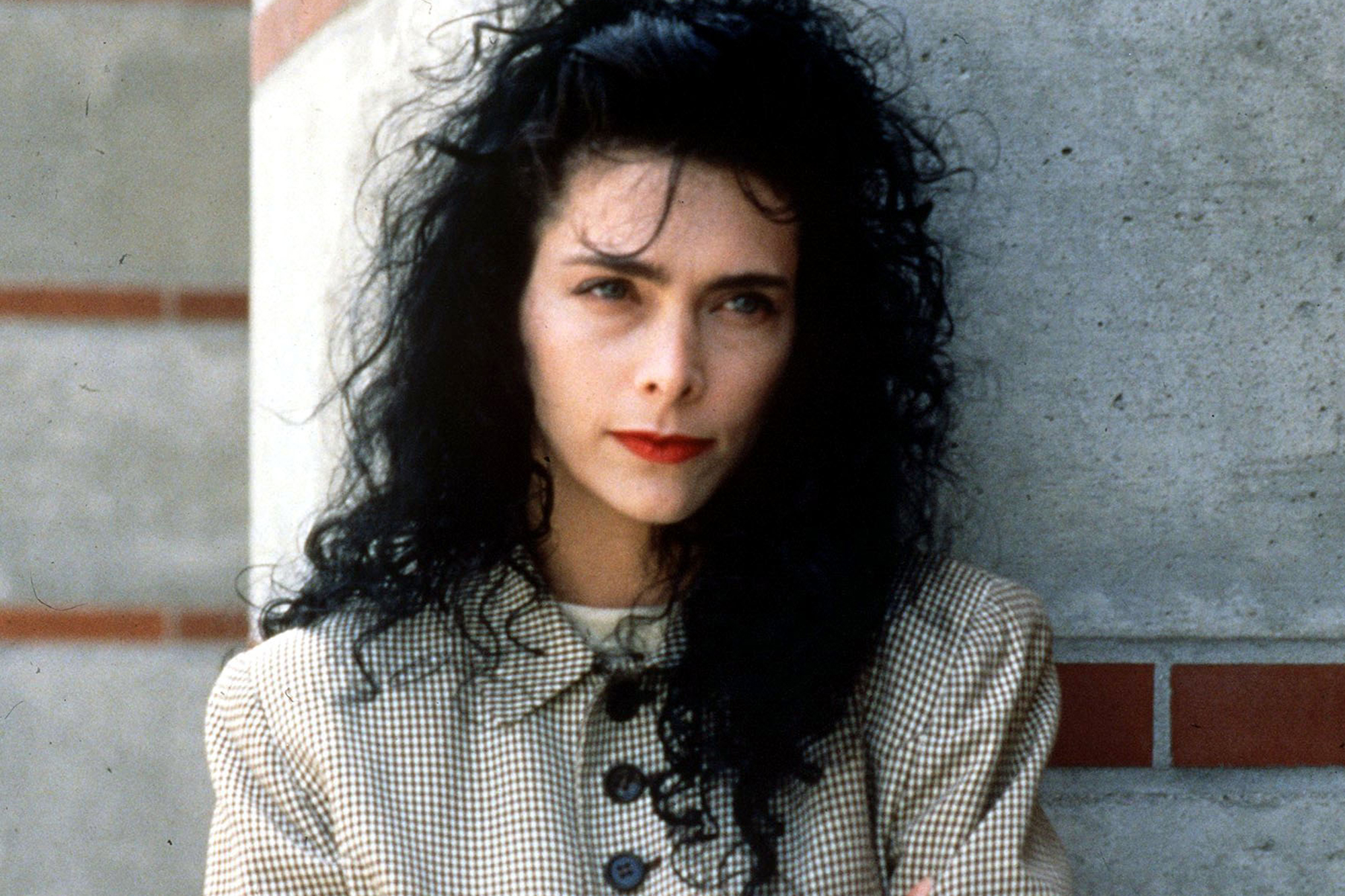 LORI ANNE ALLISON
Depp married his Florida hometown sweetheart in 1983. After they moved to Los Angeles, she helped kickstart his Hollywood career by introducing him to Nicolas Cage, who encouraged Depp to act. 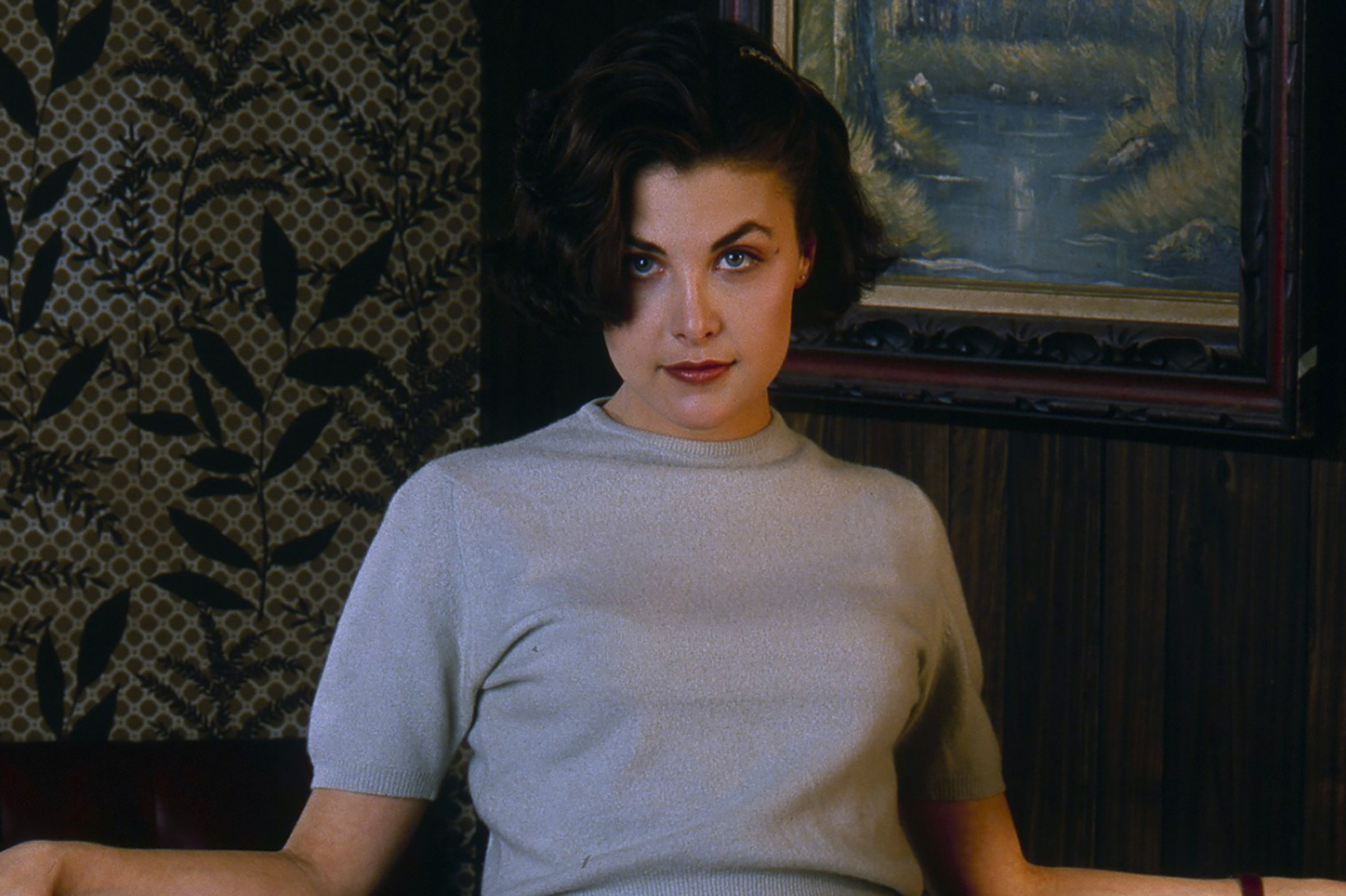 SHERILYN FENN
After Depp and Allison divorced in 1985, he met actress Fenn on the student film “Dummies.” The two dated for three years, after which she became a star on the show “Twin Peaks.” 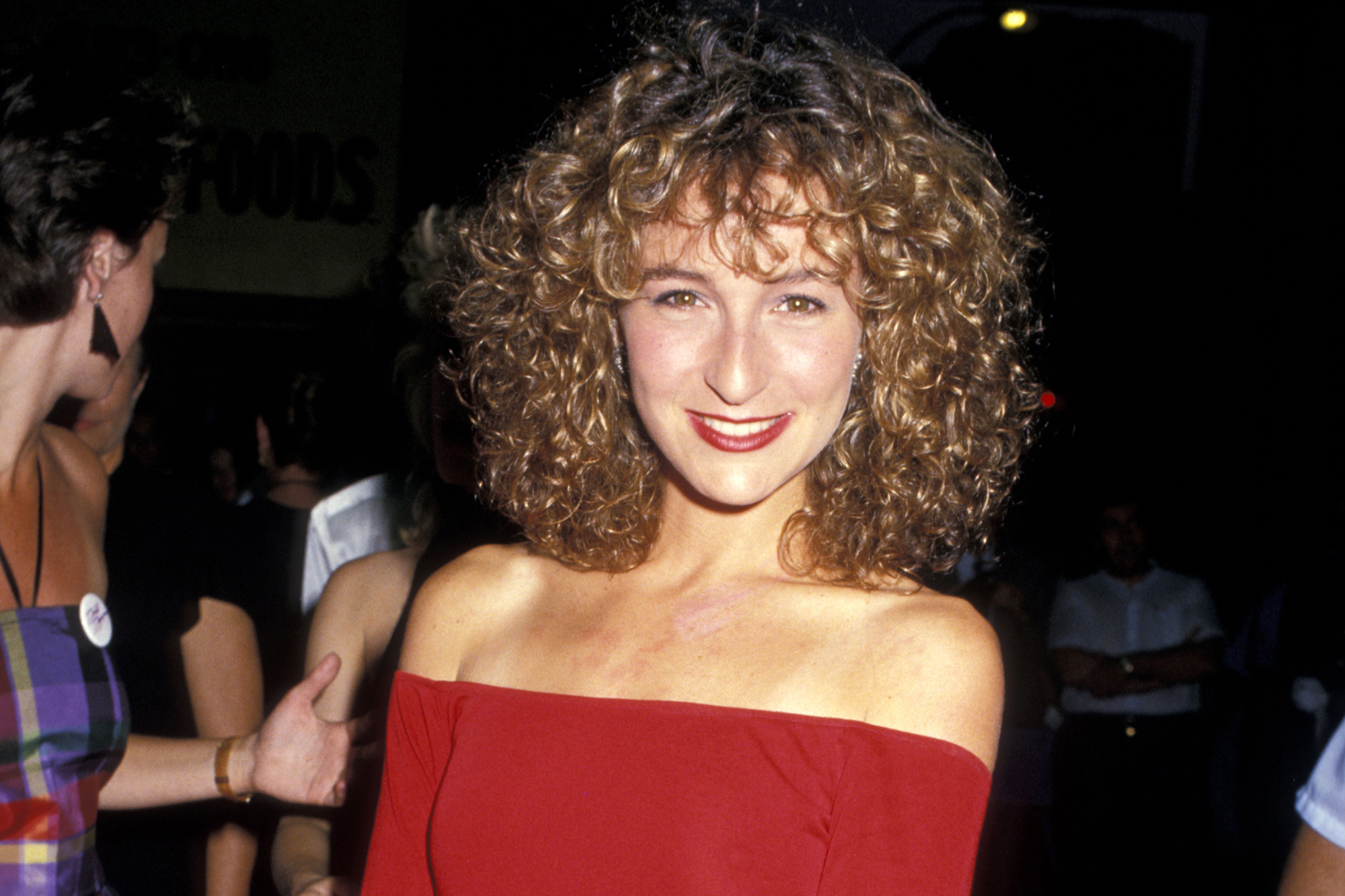 JENNIFER GREY
A few years after splitting from her “Ferris Bueller’s Day Off” co-star Matthew Broderick, the actress dated Depp. They were reportedly engaged, but called things off in 1989. 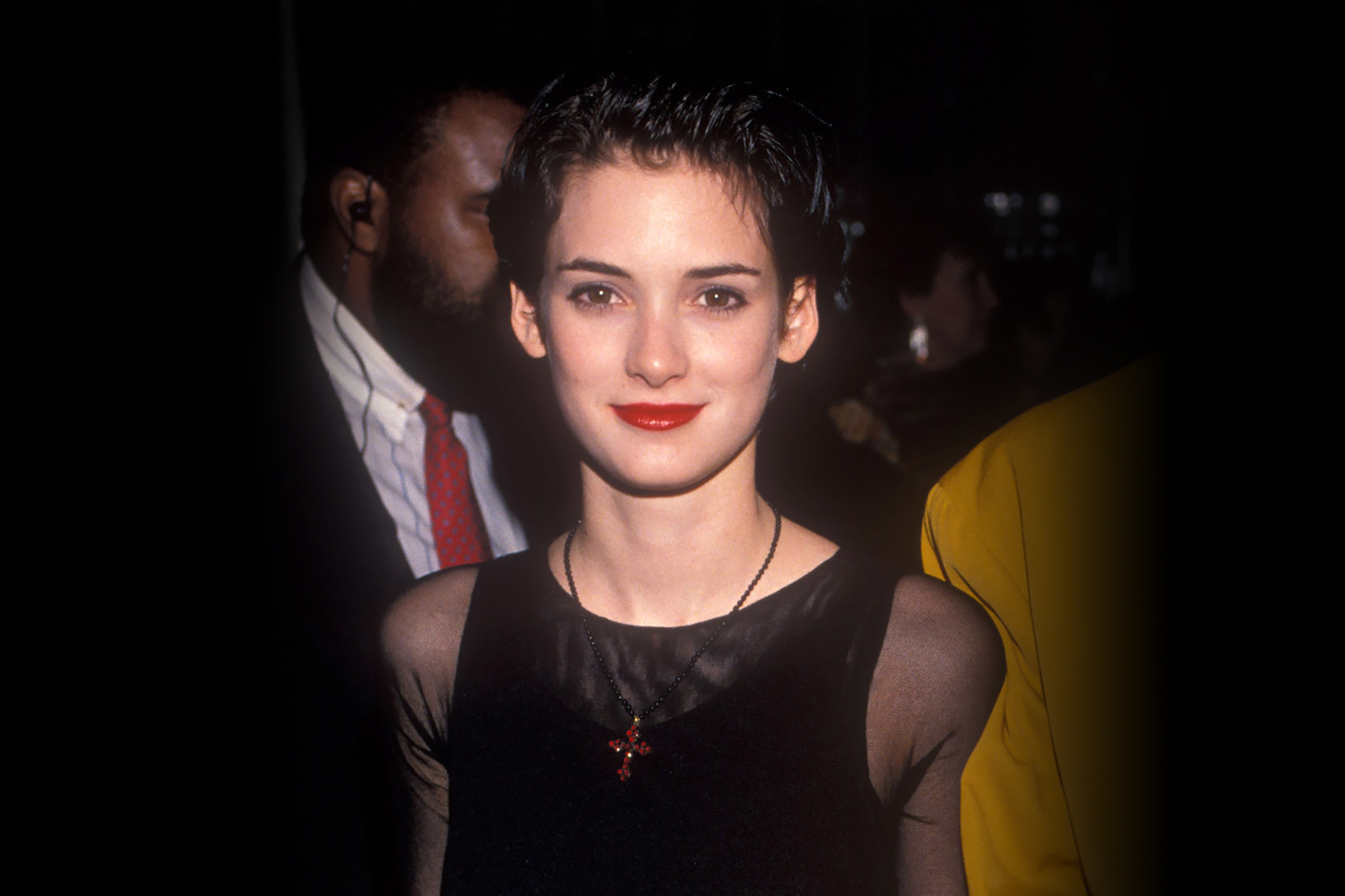 WINONA RYDER
The actress was just 17 when she began dating her “Edward Scissorhands” co-star Depp, 26, in 1989. He had “Winona Forever” tattooed on his arm, but altered it to say “Wino Forever” after they split in ’93. 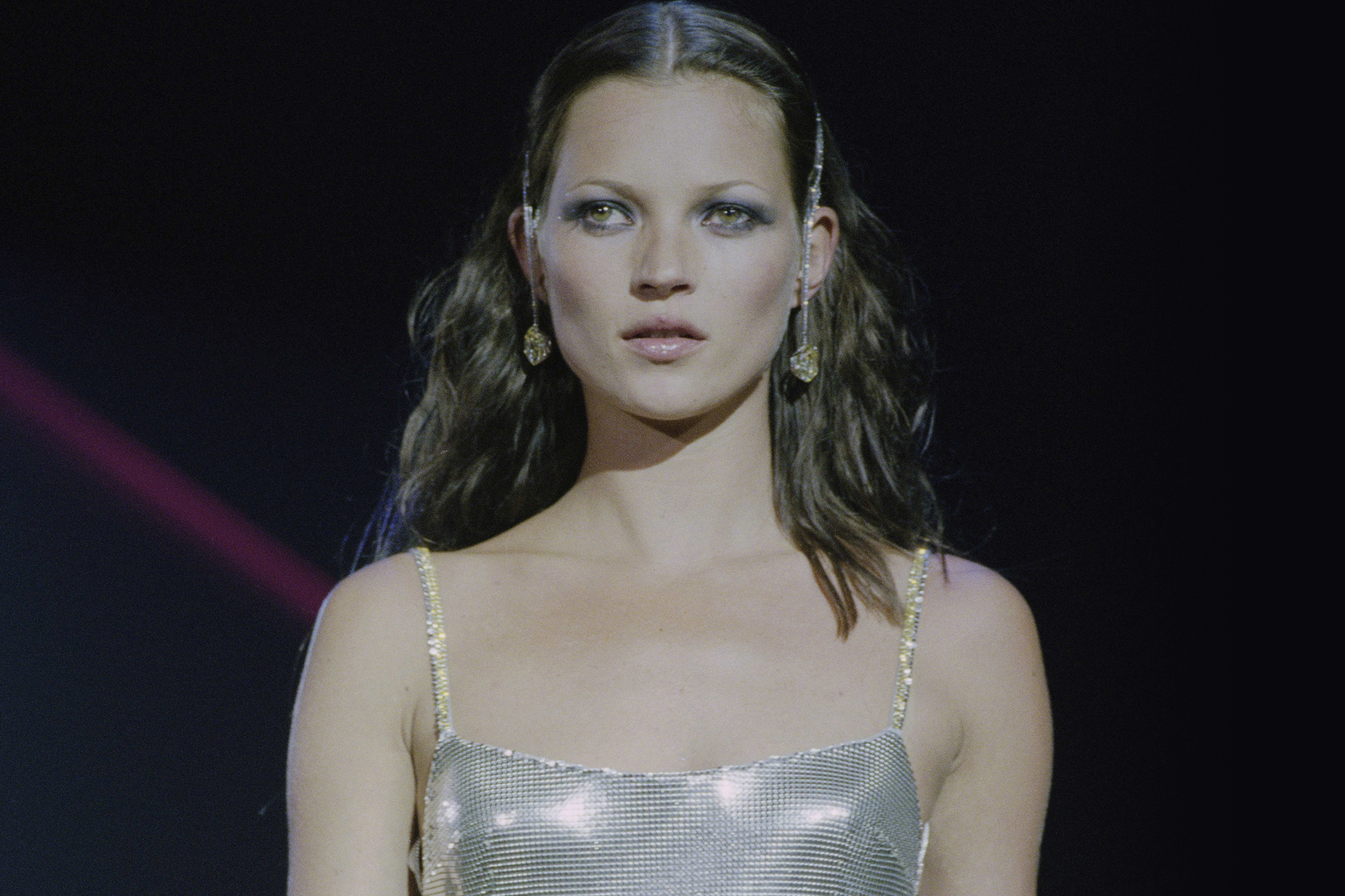 KATE MOSS
Depp once presented the model, whom he dated from 1994-’98, a necklace tucked between his butt cheeks. He also trashed a suite at the Mark Hotel during a fight with her. 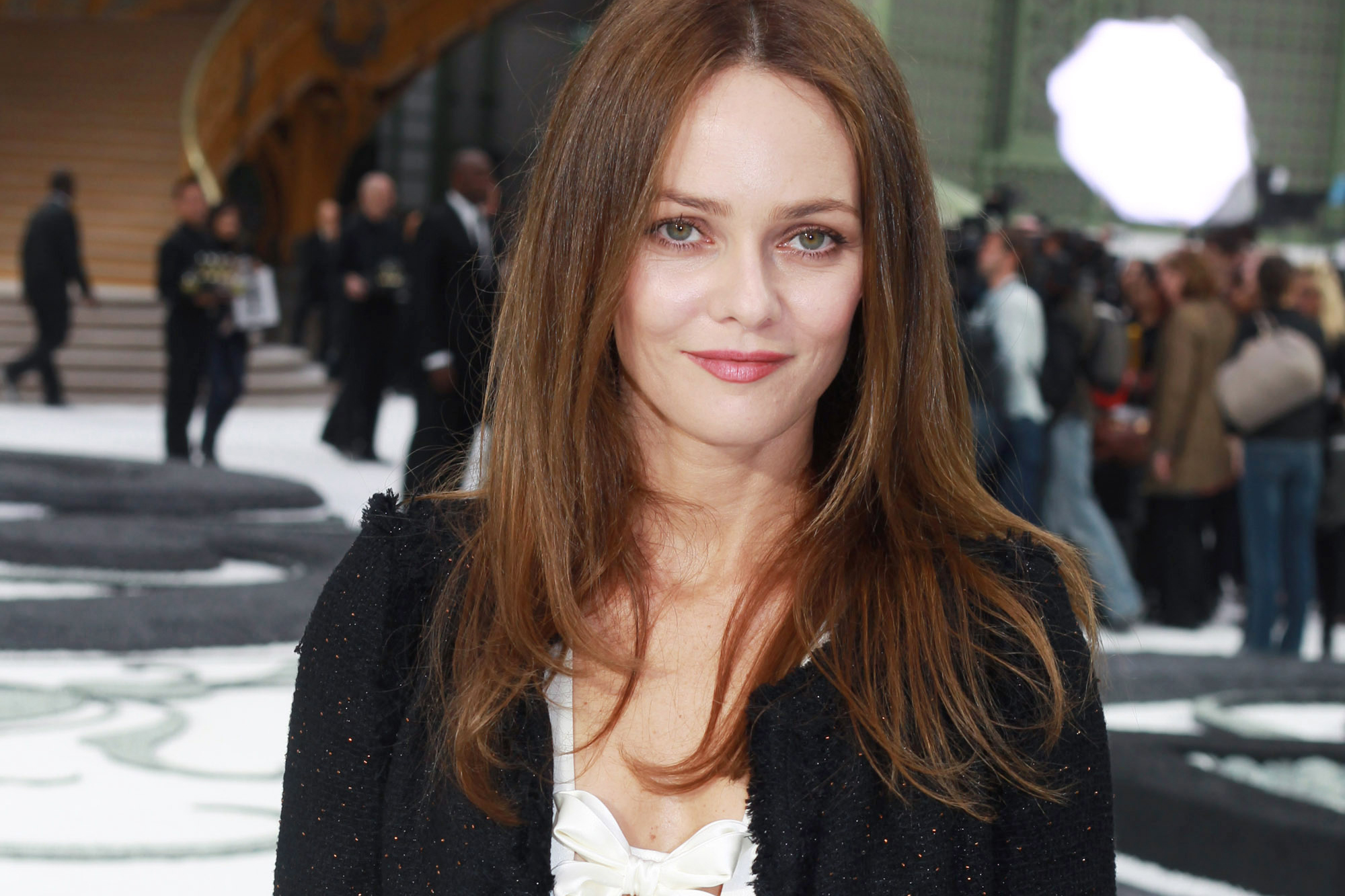 VANESSA PARADIS
The French singer is the mother of Depp’s kids, Lily-Rose, now 21, and Jack, 18. They were together for 14 years, and she, like Ryder, submitted positive statements in his current court case.

Keep dancing to the moon and back, Deborah James tells ‘mini me’ daughter in poignant tribute