Let’s go back to back to feeling excited about the future – as we did in the glory days of Tomorrow’s World! Author JOHN HIGGS on the ‘grounds for believing in a better world ahead of us’

When I was growing up in the 1970s, the future was not merely bright, it was thrilling.

The dawn of computers, real spaceships and previously unimagined inventions such as the microwave oven suggested the coming years would be a dazzling time of freedom and liberation.

None of us felt in any doubt at all.

Every week, some ten million viewers tuned into BBC science show Tomorrow’s World to learn about the miraculous new devices heading our way.

Back in 1971, we were introduced to pocket calculators, for example, and in 1979, the mobile phone.

Today, all this optimism has vanished. 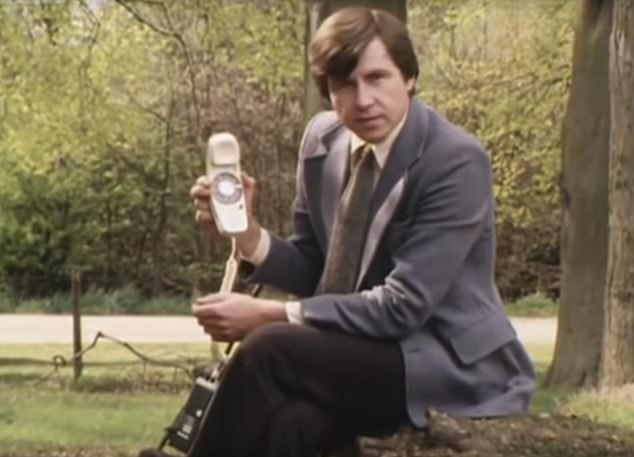 The dawn of computers, real spaceships and previously unimagined inventions such as the microwave oven suggested the coming years would be a dazzling time of freedom and liberation. Pictured is Michael Rodd presenting an episode of Tomorrow’s World from 1979 about mobile phones

Somehow we have forgotten to believe in the future. Once a place we could hardly wait to reach, now we see the future as a dystopia, a source of constant, corrosive pessimism.

Our civilisation has started to feel like a crime novel with the last page ripped out. We still don’t know the identity of the murderer – it could be anything from a global pandemic to a killer robot uprising – but we are certain the ending is bad.

Yet it doesn’t have to be this way. As I argue in my new book, there are overwhelming grounds for believing in a better world ahead of us. The future hasn’t happened yet. The idea that our civilisation is doomed is not established fact; it is merely what we tell ourselves.

A new, more positive story is already starting to emerge – and it is one we must embrace, not least because our fear of the future is damaging our present, too. 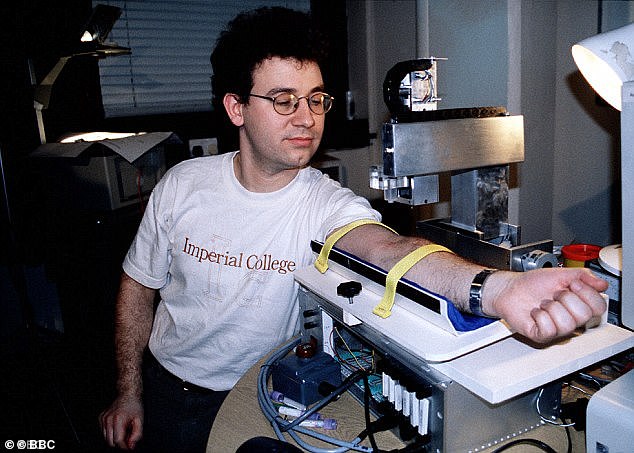 Somehow we have forgotten to believe in the future. Once a place we could hardly wait to reach, now we see the future as a dystopia. Pictured is another episode of Tomorrow’s World

How can we take decisions about the way we lead our lives if we believe, quite literally, there is no future worth having?

All this pessimism is in stark contrast with even the recent past. Belief in technological advancement was common throughout the 20th Century and we had seen the revolution in our domestic lives.

For the first time, there were machines which washed our clothes and dishes, cleaned our floors and heated food in an instant. A generation which started with horses and carts had lived to see jumbo jets.

But all that changed in the early 1980s when, with the prospect of nuclear conflagration ever more likely, we began to question the idea of progress itself.

This was when climate change and that ominous hole in the ozone layer were discussed for the first time. We forget, but it was Margaret Thatcher who first called for international co-operation to prevent global warming at the 1989 UN General Assembly. Thatcher, a trained chemist, understood the science better than most other politicians.

It is as if our dreams crash-landed with the disastrous 1986 launch of Nasa’s Space Shuttle Challenger.

As a cultural historian, I do not believe we are doomed – certainly not if we keep the same optimistic, open minds as our forbears. 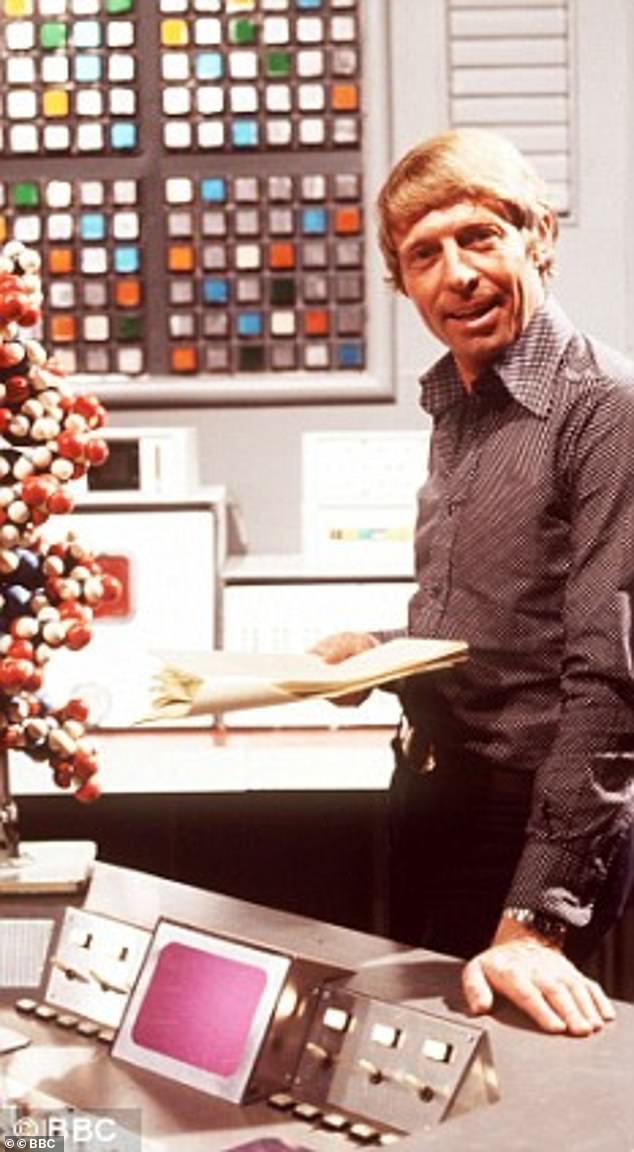 As a cultural historian, I do not believe we are doomed – certainly not if we keep the same optimistic, open minds as our forbears

Take, for example, the biggest problem we face at present: the environment. Exploiting the modern world at the current rate is not sustainable. One million species are now at risk of extinction, and in 2015 the UN claimed the world has only 60 harvests left if soil depletion continues at its current rate.

Yet when Elon Musk, billionaire founder of SpaceX and Tesla, says we need a human base on Mars to counter the threat of mass extinction, I think he’s wrong. The terrifying idea that mankind must leave Earth altogether doesn’t add up.

In fact, there is no disaster scenario which could not also be solved by living in tunnels underneath the Pacific, or beneath the unspoiled continent of Antarctica. The air would be breathable, the temperature warmer, water would be plentiful and, unlike Mars, the ground would not be poisonous.

It sounds far-fetched, certainly –but compared to the perils of Mars, it would be a life of luxury.

Humans evolved alongside a symphony of flora and fauna in the thin damp band of atmosphere that clings to this planet and Earth is still the only known place in the universe where we can survive.

Musk is not wrong to believe in extended space travel, however.

I believe we will almost certainly land a man on Mars at some point. I also think we will build a base on the moon and mine nearby asteroids for raw minerals and rare Earth materials. But we will use robots for the task because they’re cheaper than astronauts – and don’t need to breathe or eat.

Artificial intelligence, or AI, will continue to evolve and alter society in ways we can’t yet imagine, including by revolutionising the workforce. True, some people will attempt to subvert it for criminal or anti-social purposes. Mainly, though, robotic minds will undertake tasks we find boring as Hell – assessing insurance forms or interpreting legal contracts, for example. AI is only a tool, and will remain so, although there is justifiable concern about the economic problems it could bring.

If robots replace millions of jobs, who will pay for the goods and services that maintain our standard of living? Radical economic theories might be part of the answer.

The idea of a Basic Income, for example, would give everyone a guaranteed wage sufficient to feed and house them. Citizens would be free to earn what they could on top. Some say we’d be happier, and the system would pay for itself. Not every solution need be technological, after all.

Augmented reality, which allows the digital world to enter the real world using high-tech glasses or contact lenses, is another radical innovation set to become a part of domestic lives. This has the potential to be even more significant than the arrival of smartphones. 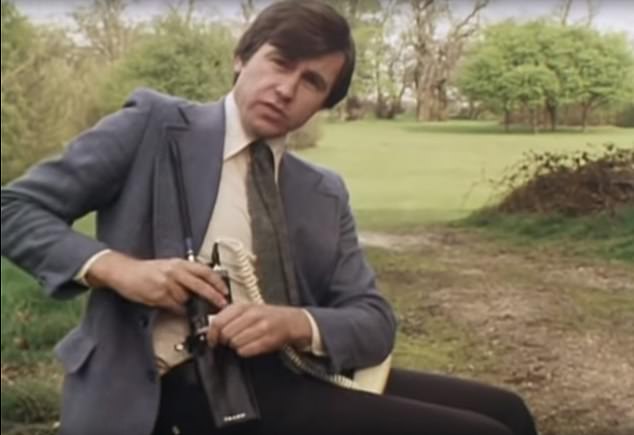 The future hasn’t happened yet. The idea that our civilisation is doomed is not established fact; it is merely what we tell ourselves

Digital assistants such as Alexa and Siri could take a visual form. You could have virtual pets which don’t need walking and won’t leave hairs on the sofa.

As for the environment, there is no shortage of workable solutions, even if they mostly involve dramatic changes in our way of life. American biologist E O Wilson has a proposal called Half-Earth, for example, the idea being that half of the world is used and exploited by humans, while the other half is given back to nature. This, he argues, could save the vast majority of the planet’s species, and allow Earth to heal itself.

Of course, I accept that this sort of vision is highly speculative – and I’m in no doubt about the scale of the obstacles facing us on our journey to the future. But the point is this: human ingenuity is already finding ways through, just as it brought us here today.

In 2016, President Obama said if you could choose any point in history to be born, you would choose now – and with good reason. Around the world, there have been previously unimaginable improvements in our access to education, clean water, nutrition and health care. 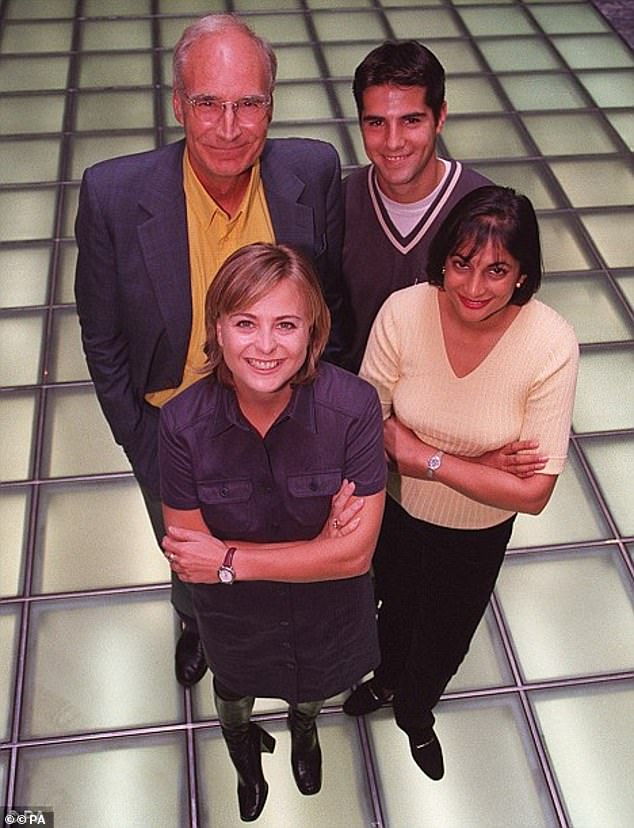 Two hundred years ago, 90 per cent of the world’s population lived in extreme poverty. That figure is now just ten per cent. In Kenya, life expectancy increased by more than ten years in a decade, from 53.4 in 2003 to 65.6 in 2013.

These are astonishing achievements, and if we’re willing to recognise them honestly for what they are, the idea of further progress no longer seems unlikely.

Much, then, now rests on the shoulders of the so-called ‘snowflake’ generation, or Generation Z. At first glance they appear to revel in extended adolescence, but we disregard them at our peril.

Having grown up online, they view themselves as part of networks, not just as individuals. They are empathetic, and embrace collective responsibility, particularly when it comes to climate activism.

If millennials were notorious for not bothering to vote, Generation Z cannot wait to get to the ballot box.

That’s why I believe the idea that we are hurtling for disaster may yet turn out to be a poor guide to the years ahead. The cloud of corrosive doom-mongering is already starting to drift away.

Brace yourselves. The future is bright after all.