Love don’t cost a thing. And, as it turns out, getting married in Las Vegas doesn’t cost much more.

Sophie Turner and Joe Jonas shocked fans on Wednesday night when they exchanged vows—and ring pops—at Little White Wedding Chapel’s Chapel L’Amour. (Hours earlier, he was performing at the 2019 Billboard Music Awards while she danced along from the audience.)

Though Diplo captured the moment for Instagram live and Dan + Shay performed, the actual event hardly broke the bank. The Game of Thrones actress and the “Cool” singer opted for the chapel’s Elvis Tribute #2 deal, which cost them $675.

The package includes limo service before 10 p.m., 36 digital photos, a bouquet and boutonniere, a DVD of the ceremony and, of course, an Elvis impersonator to serenade the newlyweds. If needed, the bride and groom can also request a witness and traditional wedding music for no additional cost.

Keeping with their unconventional theme, the bride wore a white, silk Bevza jumpsuit instead of the more traditional gown. (The groom chose a gray suit.) She paired the wide-legged one-piece with Loeffler Randall gold mules. The price tags: $650 and $395, respectively. Yep, her outfit cost more than the actual ceremony! 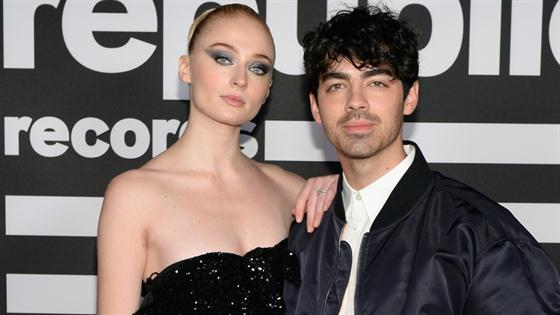 There is, however, still a chance they’ll shell out more cash later this year: They’re supposed to wed again in France over the summer. Turner has even as co-star and pal Maisie Williams to serve as a bridesmaid.

Whatever the case, congratulations to the new Mr. and Mrs. Jonas!