Home » Lifestyle » Jimmy Kimmel Breaks Down in Tears Over Bob Saget: He Was 'The Sweetest’

Trying to put it into words. Jimmy Kimmel struggled to deliver an emotional tribute to Bob Saget after his friend died on Sunday, January 9.

‘Full House’ Cast’s Quotes About Bob Saget Through the Years

“If you’ve read anything about Bob online last night, if you saw any of the many thoughts from people who knew him personally, a word that came up a lot was ‘the sweetest,’” the 54-year-old Jimmy Kimmel Live! host began in a pre-taped opening monologue on Monday, January 10. “Bob was the sweetest, he was the sweetest man, and the reason people wrote that is because it’s true. It’s the best word — if you had to pick one word to describe him, that was it — ‘the sweetest.’”

Kimmel noted that he had “many wonderfully kind and supportive texts and emails, calls” from Saget that he revisited after the 65-year-old comedian was found unresponsive in his Florida hotel room on Sunday. 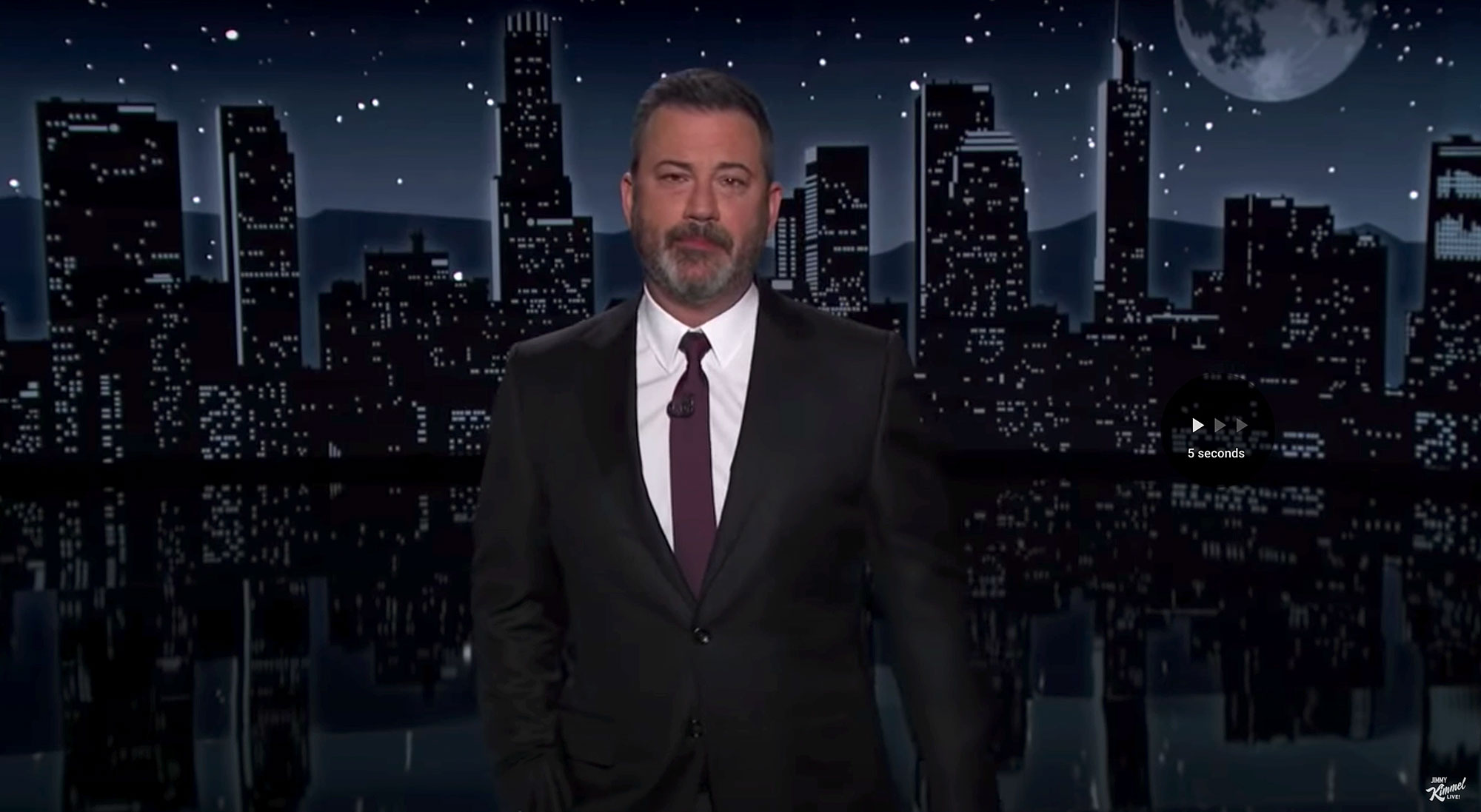 “He always had a compliment. He would write sometimes just to tell me he loved me, and I know he did that for many people,” Kimmel continued, calling the late actor “so funny” — beyond his roles on Full House, America’s Funniest Home Videos and his stand-up sets. “I mean funny for real, like when you walked into a party and you saw Bob and his wife, Kelly [Rizzo], in the corner, you go straight to them and stay for as long as you could because he had something funny to say about everything and nothing bad to say about anyone.”

The late night host went on to share part of an email that Saget sent him about fatherhood, which read, “One night soon let’s go out and have some meat and some good damn drinks and talk about how lucky we are that we have them.” 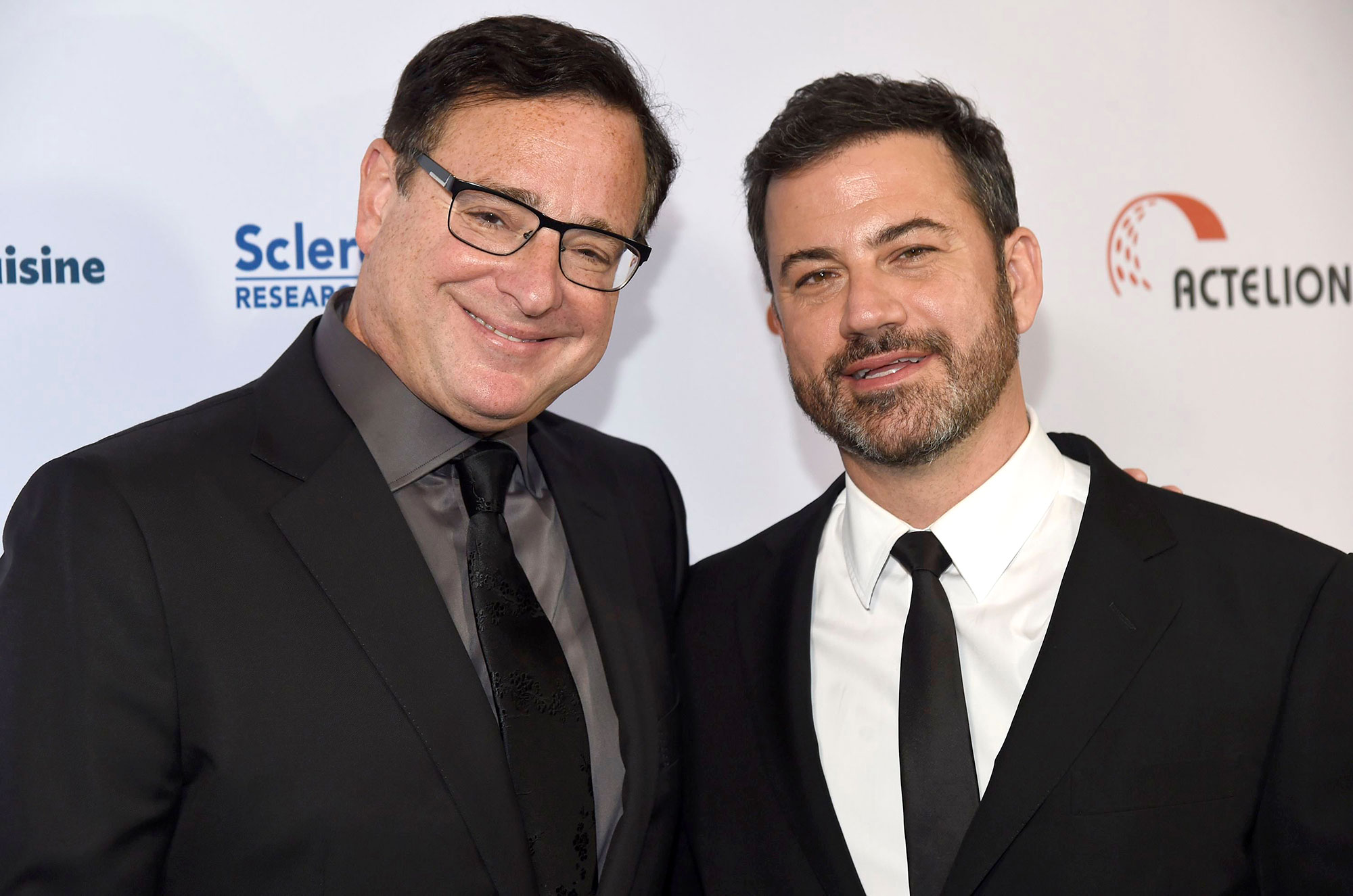 Kimmel began to cry when he referenced his 4-year-old son, Billy, who underwent several heart surgeries as a newborn.

“And we did do that, many times. When my son was in the hospital, Bob checked in a lot,” Kimmel said. “So, I want to send love to his daughters, to his wife, Kelly, and to his friends who loved him so much.”

Saget is survived by Rizzo, 42, whom he married in 2018, and his daughters, Aubrey, Lara and Jennifer, whom he shared with ex-wife Sherri Kramer.

Kimmel got visibly emotional several times during the tribute, admitting he taped the opening, “like, 14 times.” Before sharing clips from Saget and John Stamos’ 2017 appearance on his show, Kimmel concluded his speech by encouraging viewers to donate or learn more about Scleroderma Research Foundation. (Saget’s sister Gay died from the disease in 1994.)

“He was very committed to finding a cure for this incurable disease that took his sister’s life,” Kimmel said. “And I know that if you want to remember him there’s nothing he would appreciate more than if you support S.R.F.”