A plethora of feelings! Jenna Johnson and JoJo Siwa felt lucky to have made it to the Dancing With the Stars season 30 finale on Monday, November 22, but that doesn’t mean they weren’t bummed when they lost.

‘DWTS’ Winners Through the Years

“Nobody likes to lose. Nobody does. I would much rather get second than have gone home a week earlier,” Siwa, 18, told Us Weekly and other reporters on Monday night. “I am very grateful for the things that I’ve won throughout being here. I’ve been making a joke now all night that since we’re dressed like mirrorballs, this is my personal mirrorball that I get to take home. … It’s been such a good time. So of course, no one’s going to be like, ‘Yeah, I got second. Woo!’ But we got second. It’s awesome.”

During the episode, Iman Shumpert became the first-ever NBA star to win the ABC competition series, taking home the mirrorball with partner Daniella Karagach. The win also marked the first for the 28-year-old pro dancer. 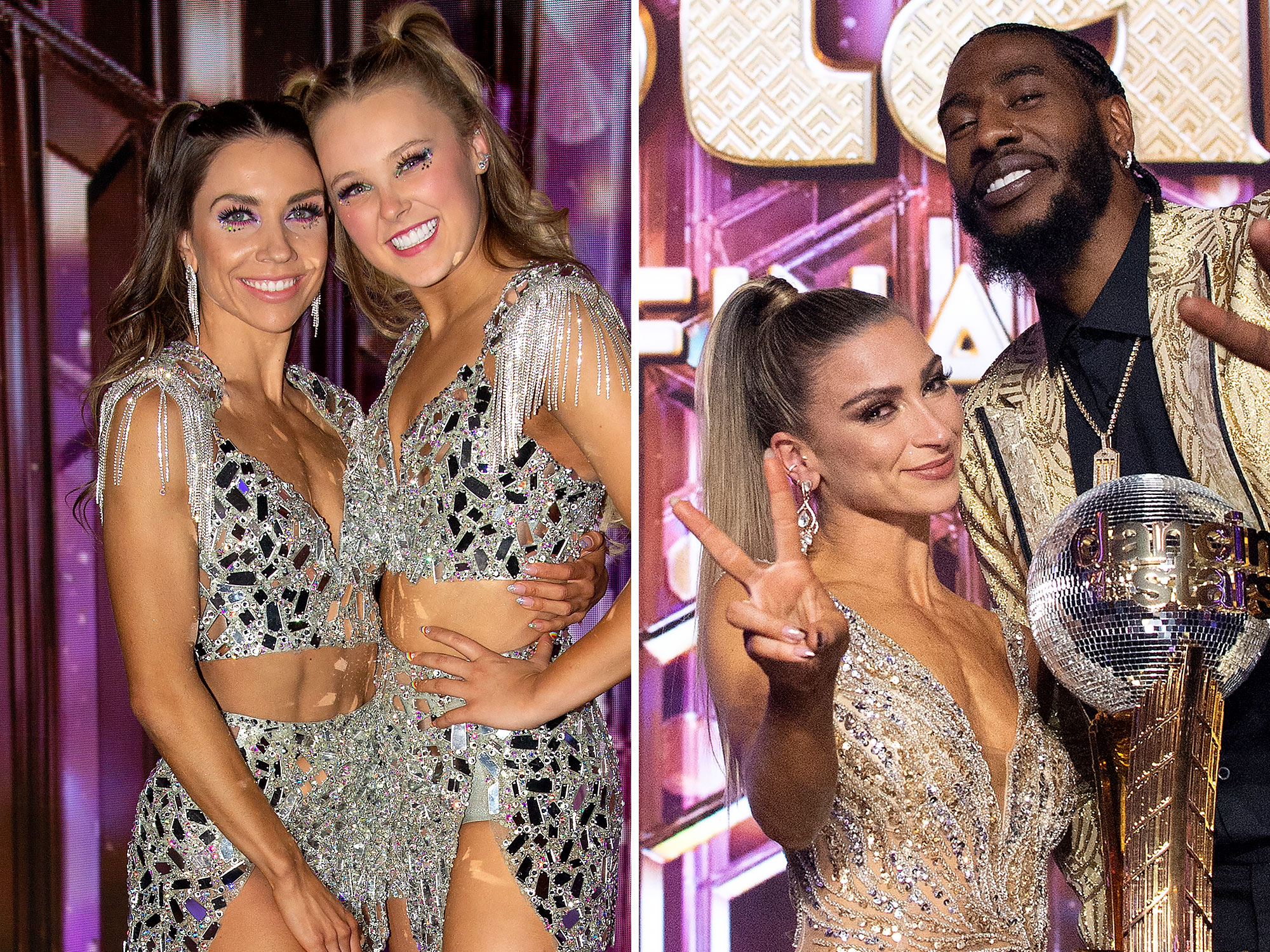 “My mother has been coming to support every week, her and my father. They weren’t able to be here tonight due to being exposed to the COVID virus,” the basketball player, 31, told Us after the win, dedicating the mirrorball to his mother. “When they said our name, I couldn’t think about nothing but what they were doing right now, how they were feeling about it [and] being able to watch it. I just can’t wait for my mom to actually get our hands on this trophy because this is a show that means a lot to her.”

Dancing With the Stars’ Most Shocking Eliminations: Photos

Although fans didn’t get to see the celebrations that took place after host Tyra Banks announced the pair’s win, Johnson, 27, shared that it was a really great moment with the past cast members running onto the floor.

“It was amazing. I think that really is a testament to what the show is. We’re a family, no matter win [or] lose,” the pro explained. “All of these couples were eliminated, but they rushed to the floor to celebrate Daniella and Iman.”

One person who was there to celebrate Johnson was her husband, Val Chmerkovskiy, who was eliminated from the competition right before the finals.

“Congrats my love,” Chmerkovskiy, 35, captioned a slideshow of photos of him hugging his wife via Instagram after the episode. “Few know how hard you work, I’m one of the lucky ones to witness your process and how brilliant you are. To the next time you get to shine and be the star that you always are.”

With reporting by Christina Garibaldi