JAMES MCCLEAN has revealed a sickening message he received threatening to set his house on fire and burn his family. 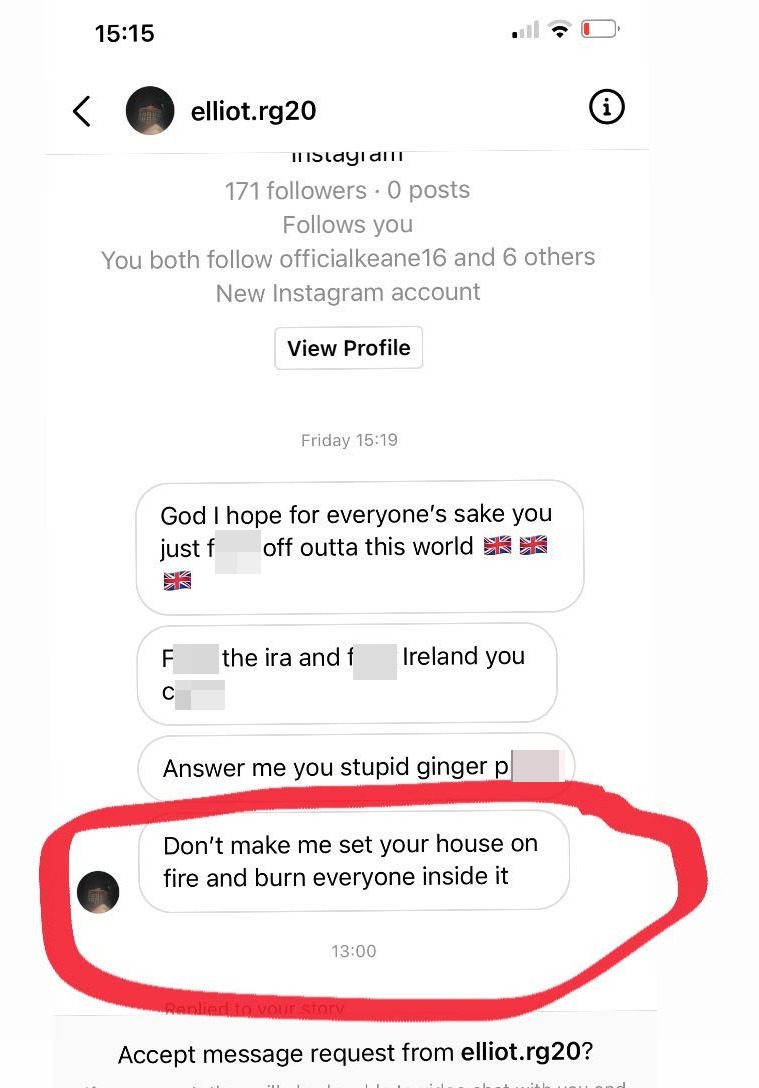 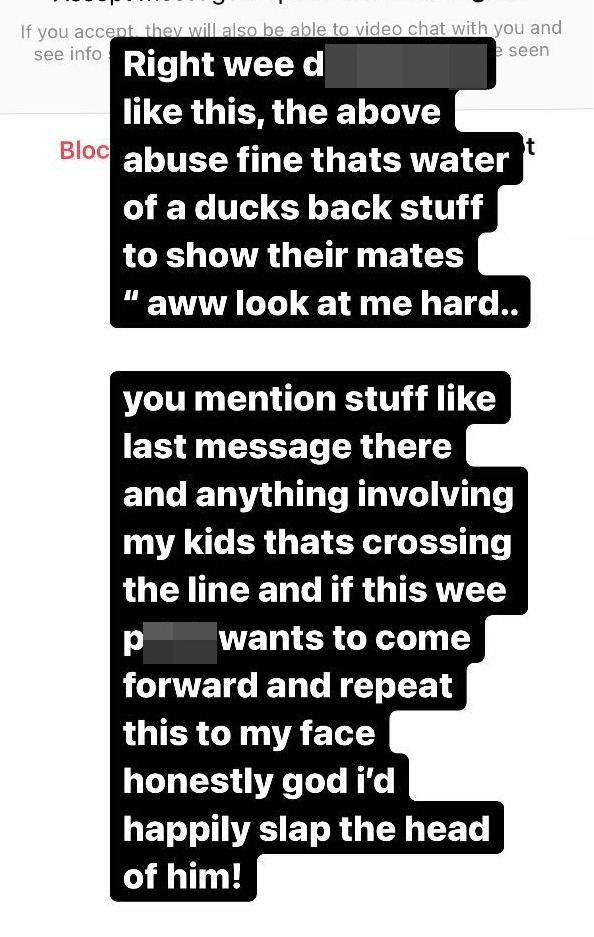 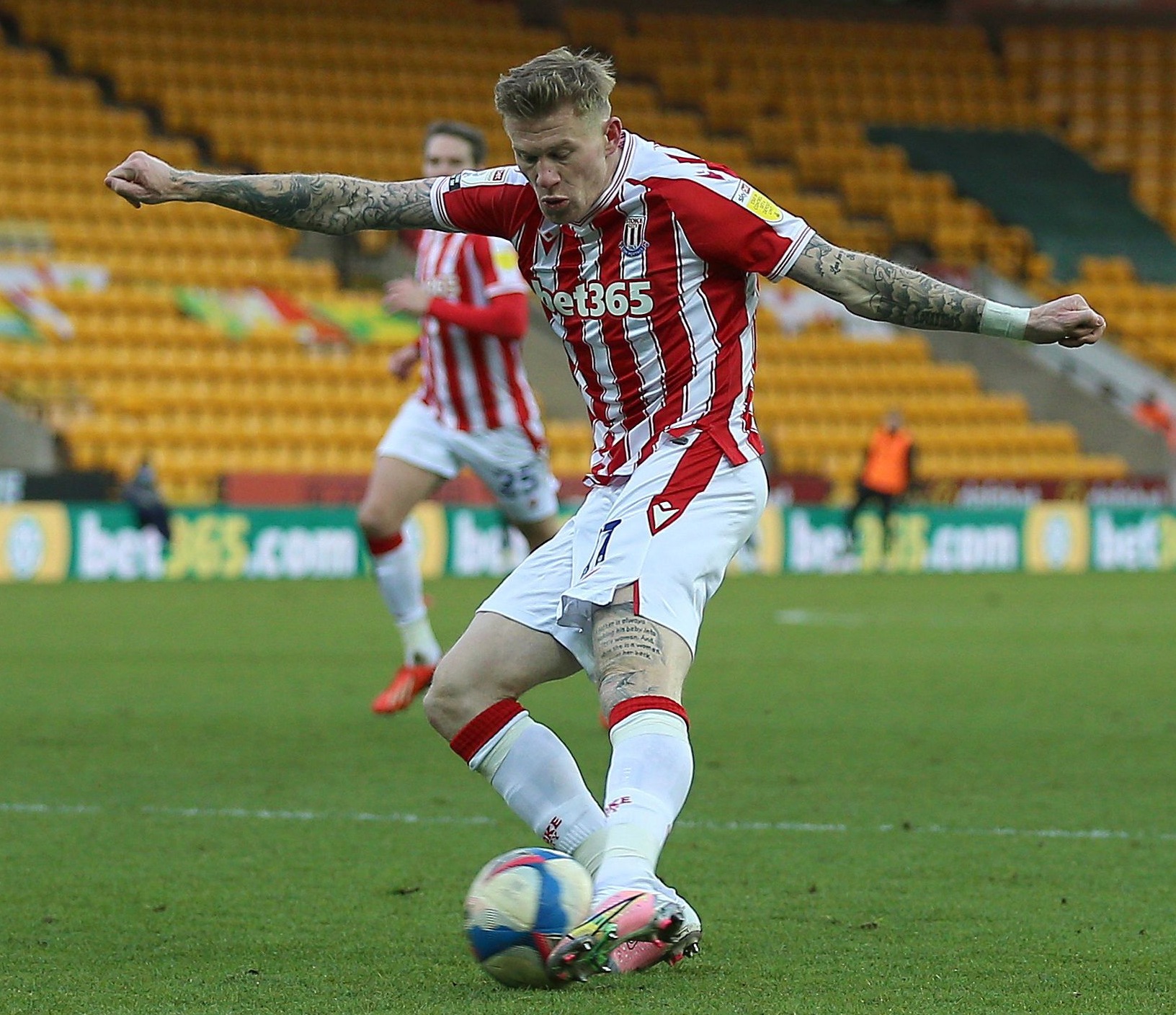 And the 31-year-old has since shared a vile direct message he received over the weekend.

The message from an account named elliot.rg20 read: "don't make me set your house on fire and burn everyone inside it".

There were three more abusive messages sent to the footballer, which McClean highlighted.

In response, McClean called him a 'wee d***head' and challenged him to repeat the insults to his face.

The 31-year-old added: "Honestly god I'd happily slap the head of (sic) him."

It came after McClean's lengthy post on Friday in which he called for discrimination to end.

He wrote: "Does being abused for being Irish and anti-Irish abuse acceptable?

"I have highlighted the abuse publicly on social media recently and the silence from everyone is deafening." 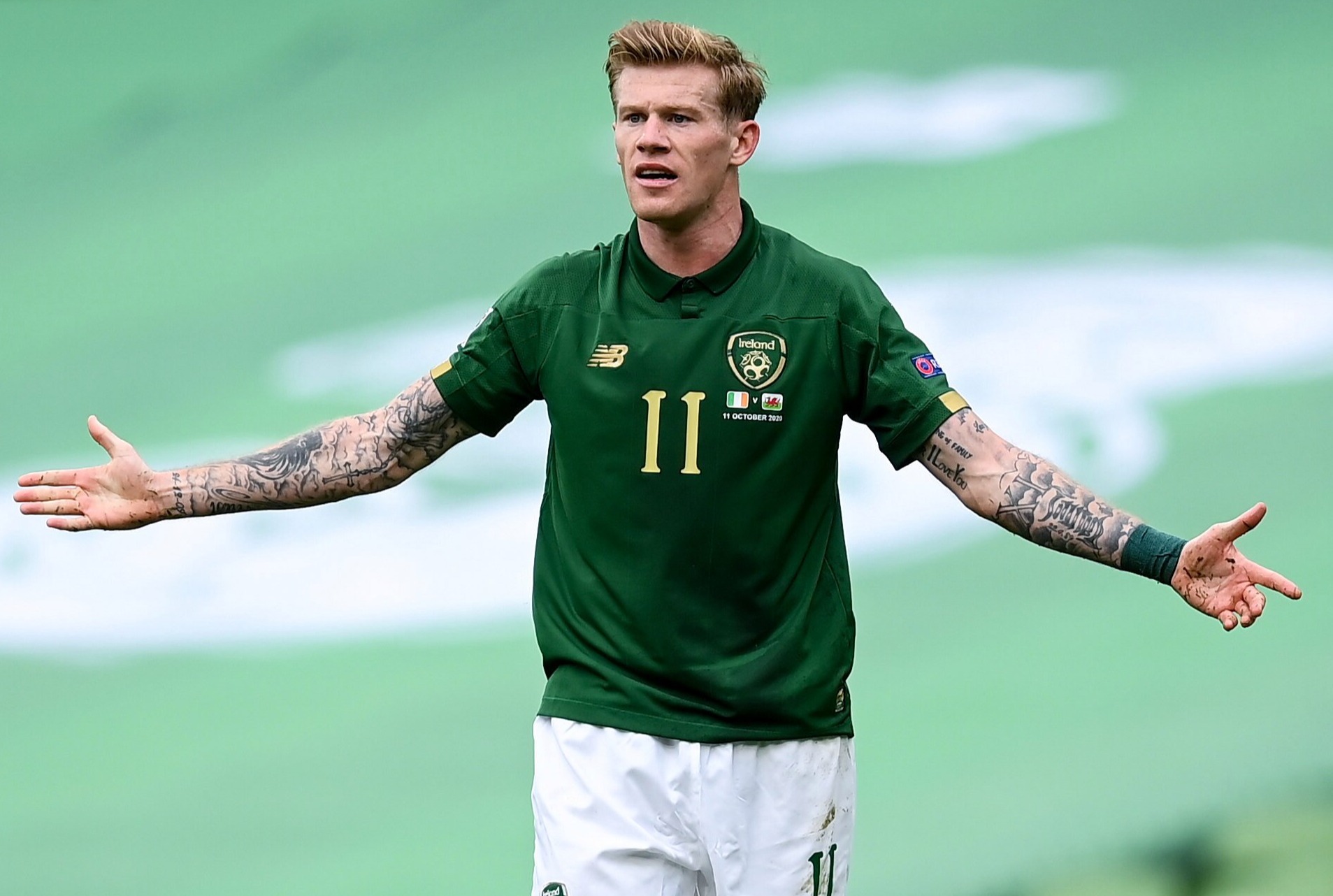 Stars like Axel Tuanzebe have been subjected to racist abuse, while managers Mikel Arteta and Steve Bruce both were targeted with death threats.

Instagram have promised to impose stricter penalties including deleting accounts.

McClean has been targeted in the past for refusing to wear a poppy on Remembrance Day.

He wrote an open letter citing the 1972 Bloody Sunday massacre as his reason, which he described as 'one of the darkest days in Irish history'.

The British Army killed 13 people and injured 15 more on that day after 15,000 protesters gathered in the streets of Derry.

A Dry Spell Is NBD, But Here's How To Bust TF Out Of It