A new kid in Beverly Hills? Tori Spelling revealed whether her husband, Dean McDermott, will be joining the cast of the upcoming Beverly Hills, 90210 quasi-revival titled BH90210.

“No! I don’t know where that [rumor] came from,” Spelling, 45 — who played Donna Martin on the beloved teen drama — told Access on Monday, May 13. “We’re all playing heightened versions of ourselves, but all completely scripted, fictitious characters. Our spouses, children, everyone will be completely different.” 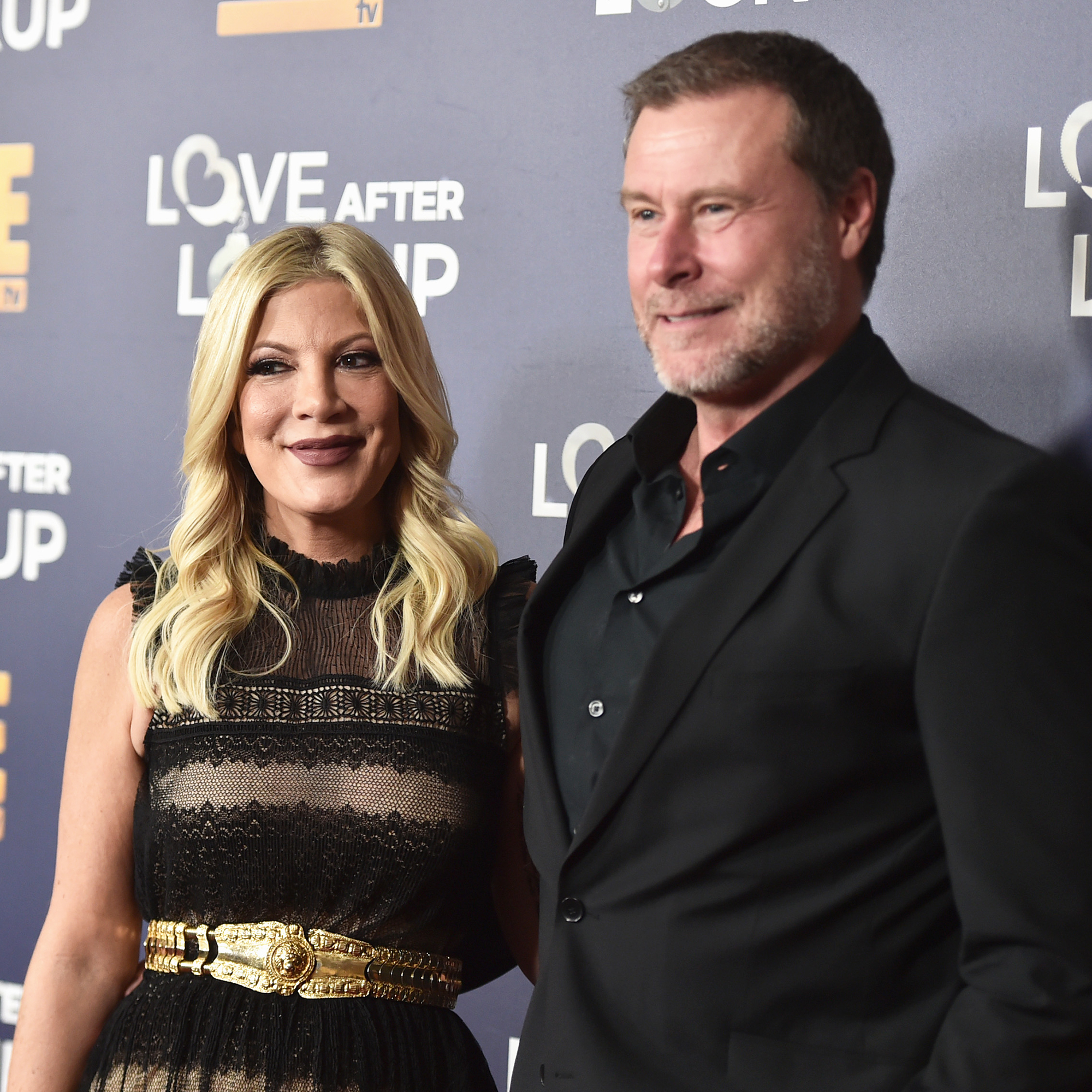 Gabrielle Carteris (Andrea Zuckerman) added, “It’s not ‘us,’ us.” Ian Ziering, who played Steve Sanders, further explained that the premise of the upcoming series will be “more like a sister-reality.”

Ziering, 55, noted, “It’s basically us portraying ourselves, but in imaginary circumstances with certain threads of truth and realism. It’ll leave the audience wondering, ‘Did they really do that? Did that really happen?’”

The first trailer for the upcoming revival was released on Monday, May 13, and showcased stars from the original series listening to the theme song in unexpected places. Jason Priestley (Brandon Walsh), Shannen Doherty (Brenda Walsh), Brian Austin Green (David Silver) and Jennie Garth (Kelly Taylor) joined Spelling, Ziering and Carteris, 58, in the promo.

The only prominent cast member missing from the trailer was Luke Perry, who died in March after suffering a massive stroke. Garth, 47, told the Associated Press on Monday that the late actor who played Dylan McKay has “been with [the actors] every step of the way.”

Priestley, for his part, admitted that doing a reboot without Perry is “very difficult.” The Raising Expectations actor, 49, explained, “Luke was a huge part of our 90210 family and personally Luke was a very large part of my life.”

In February, the former Masked Singer contestant told Us Weekly exclusively that the 90210 cast was “so excited to go back to work together.” She gushed, “It’s like going back to a high school reunion, but then like never leaving each other again. … We all love each other very much and we’re excited.”