Home » Lifestyle » I’m back from a seven-year news coma – so what’s changed, world?

Imagine you have been in a coma for seven years. You wake up and the first voice you hear is Alexa. The Christmas just gone, I started to "come round" after spending more than half a decade in a sleep-deprived fugue. To say I had been depressed doesn't cover it, really, although that was the diagnosis I was given by a series of doctors – and was the basis of my treatment. 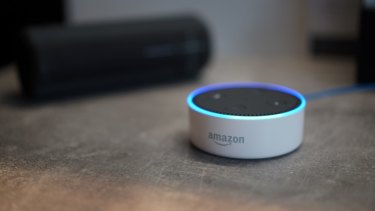 Here's why. In 2010, I received some upsetting personal news, which kicked off a period of severe insomnia. Initially caused by stress, this chronic sleeplessness took on a life of its own. I hung in there for a couple of years but, from 2012 onwards, there was pretty much a self-imposed media blackout alongside – I was absent, not present in the world. I spent the days reading fiction but I couldn't bear very much reality. I didn't listen to the radio, watch television, read the news or really interact with anyone or anything on a meaningful basis.

I missed a lot.

Now, Sleeping Beauty (as my friends like to call me) is catching up. Having come round and slowly, but surely, started to face my problems, even grabbing a few hours' sleep here and there, I am once again joining the world. Every day there are new nuggets to discover, from the funny to the upsetting to the merely mundane. This is what I have learnt about the world so far…

New words and phrases have entered the lexicon: "humblebragging", "woke", "virtue-signalling" and "cis-gender". Non-binary people are now known by the pronoun "they", instead of "he" or "she", which can become a bit confusing. This is not a "hating" comment, just an observation. I don't want to get into another Twitter storm.

Vaping has become a thing.

See, too, coffee shops. And does anyone use those electric plug sockets for cars? What happens when it rains?

Nobody talks to one another any more.

My sister-in-law says that each time her mobile rings, she knows it's me because I am the only person who ever calls her (she is 47, not 15, a GP and a mother of two teenagers). How did this happen?

Everyone has a mental health diagnosis.

It's wonderful that there is no longer a stigma allied to psychiatric conditions. But there does seem to be a bit of a bandwagon. I remember when Catherine Zeta-Jones was diagnosed bipolar and it was "fashionable" for a while. Now everyone seems to have ADHD or dyslexia or cyclothymia. Even Princes William and Harry have weighed in.

While this is all laudable, the untrendy mental health conditions such as schizophrenia and manic depression (the pre-decimal term for bipolar) deserve to be taken seriously and allocated appropriate resources.

TV has become a new world.

Oh, the new joys of Netflix and Amazon Prime. Back in the day, Netflix was about delivering DVDs (remember those?). Now I can catch up on all the box sets I've missed: Mad Men, Breaking Bad, Flight of the Conchords, Black Mirror.

We are now all utterly dependent on Wi-Fi.

Suddenly we need these invisible airwaves for everything from communicating to buying clothes and food and ordering Ubers. When we can't access it, we become stressed, upset and violent. It's only going to get worse.

Jerry Seinfeld Gets Roasted for His Hilarious, Rage-Filled Sneeze