FIT as a fiddle, dad Chris Laycock was in the best shape of his life and was even studying for a PT qualification.

The 44-year-old and his partner Jo Jaeger had been at a photoshoot when Chris lost control of his right arm and dropped a weight. It was then that the couple’s lives changed forever. 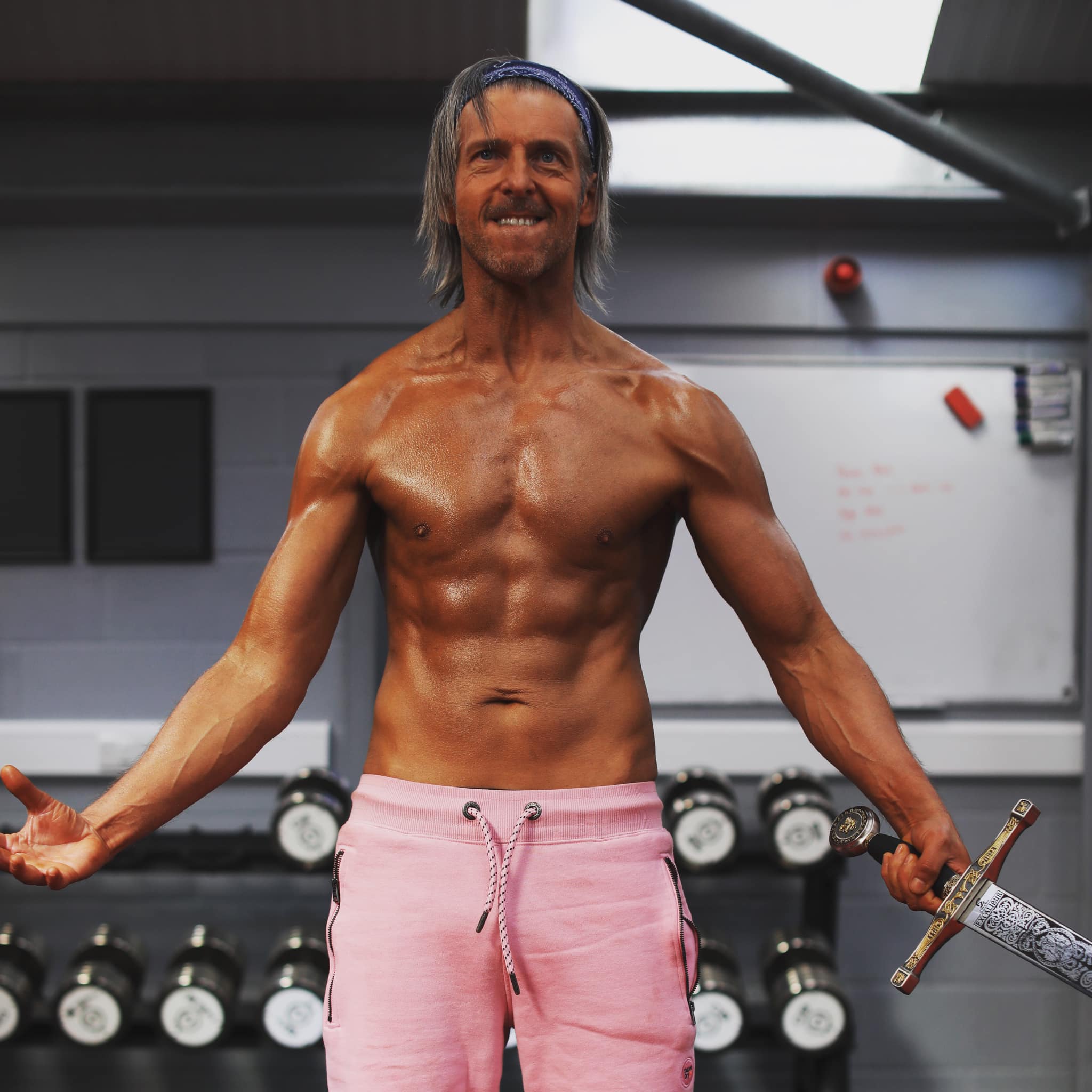 Weeks after the shoot on April 12, Chris, from Greater Manchester, was diagnosed with stage 4 glioblastoma.

He has now named his tumours Bill & Ted after the cult classic movie, as he says they are all going on an adventure together.

Chris, originally from Wakefield in Yorkshire, has now caught the attention of Alex Winter – who played Bill in the cult classic – who shared the family’s campaign to raise £100,000 for potentially life-saving surgery in Germany.

After the fumble at the photoshoot, Chris thought his reaction had been down to having a Covid jab.

All medications and vaccines have side effects and Chris thought that his sore arm was just a common reaction to the jab, assuming the pain would subside in a day or two.

Chris works as a project manager and always carried a folder under his arm and had started to notice it was slipping away from him.

He was also feeling tired but both he and Jo thought it was down to strict diets they had put themselves on for their fitness regime.

After two weeks, Chris went to see a friend who is an osteopath, and they told him to go to a neurologist.

Speaking to The Sun, Chris said the couple were still not worried and still thought he was just having a bad reaction to the Covid vaccine.

He said: “I wasn’t great on my feet and people at work were asking if I had been drinking too much.

“We had an appointment booked with the neurologist and moved it forward.

“We had travelled to a friend’s house in Yorkshire for the day and once I got there I tried to lean on the table but had no gauge of how deep it was.” 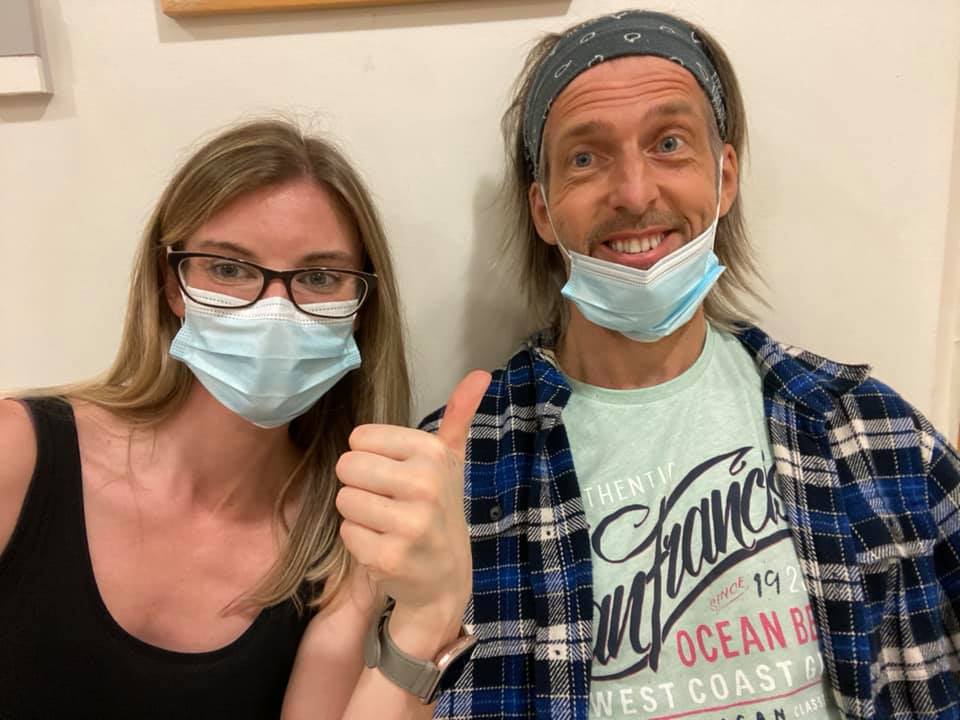 It was then, on April 25, that Jo and Chris jumped into the car to go to York General Hospital. Because of the pandemic, Jo just had to drop her husband off and let him go in on his own.

Medics had been concerned Chris’ symptoms had resembled those ofa stroke – but they ruled this out, as well as blood clots.

They sent him home and encouraged him to go to his neurology appointment as they “didn’t know what was wrong with him”.

Chris attended his neurology appointment on April 27, with the fitness fanatic recalling: “I was convinced that I had MS or Parkinson’s and the doctor had looked me over and said all my symptoms were weird.

“I was fast tracked and had an MRI scan, and doctors said it would take a week for the results to come back.

“We made our way home and had just shut the door when the phone rang, it was a private number but we answered it anyway and it was actually our consultant.

“They said they were really concerned about what they had seen and had wanted to get me to go for another one in Salford.”

At this point Chris had become a little worried, but Jo tried to reassure him.

She said: “I told him that whatever it is, we can handle it. I told him ‘we know you won’t die and it won’t be a tumour, so it will be fine’.”

Chris had a biopsy on May 26 and on June 2, before he was given the shocking news he has two to five years to live.

“They said it could be stage four and that I might have 18 months or less to live,” Chris said.

The couple were told he had two tumours, and they needed to take the situation seriously.

After absorbing the information, Jo called Chris’ parents to tell them what was happening, something she said was the “hardest thing I’ve ever had to do”.

Chris said: “We went back for the results soon after and they said it was a stage 3 astrocytoma and that I had two to five years to live and me and Jo practically high-fived.”

WHEN LIFE GIVES YOU LEMONS…

The couple said it was at this point that medics had looked at them in total disbelief at their reaction, but they just saw it as an extension of time.

“There are plenty of people with the worst diagnoses, and when life gives you lemons, well you have to make lemonade.

“We went off feeling positive, but we knew that we couldn’t just take the first thing that was given to us,” Chris said. 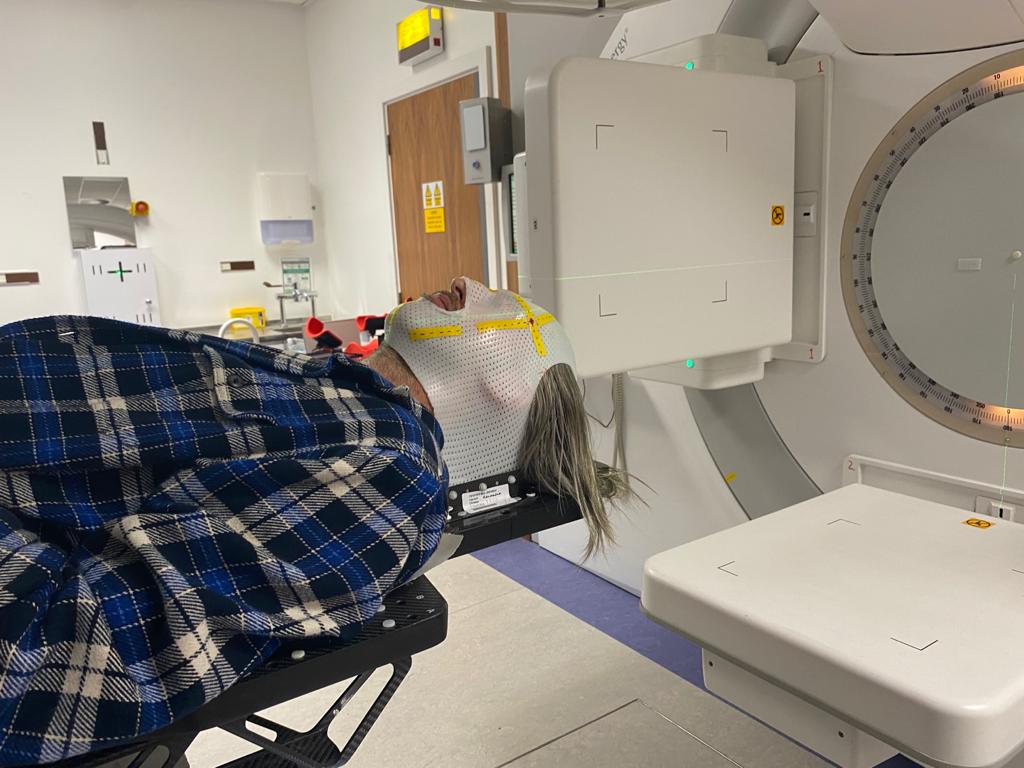 The tumours affect the whole of Chris’ right side, his body and speech.

One tumour, Bill, has an IDH Wild Type mutation. “This means he's fast-growing and every day he makes my life that little bit harder,” Chris said.

The dad has now had both radiotherapy and chemotherapy, but the couple have been doing their own research into different treatments.

He said: “This cancer won’t stop me, you have to grab the bull by the horns and live your life.

“We know what we need, to go to Germany as my oncologist has recommended Immuno-Oncological Therapy.”

This type of therapy uses and strengthens your own immune system in the fight against cancer and sustainably activates it against new cancer cell growth.

Having the treatment will mean that Chris will get to see his kids grow up.

After realising what they needed Chris and Jo decided to write a note to their friends on Facebook about their aim to get to £100,000.

Jo said: “We gave people a list of bullet points on how they could help. We asked them to not tilt their heads in sympathy – we didn’t want to be known as Mr and Mrs Tumour.

“People have been chomping at the bit to help us and it’s just been so overwhelming.”

When the couple told people they were calling the tumours Bill & Ted, Chris’ sister reached out to Alex Winter – who then posted the appeal on Twitter.

Jo said: “We expected to get five to £10K but in the first 24 hours we raised £24,000. The kindness of strangers has just been overwhelming.” 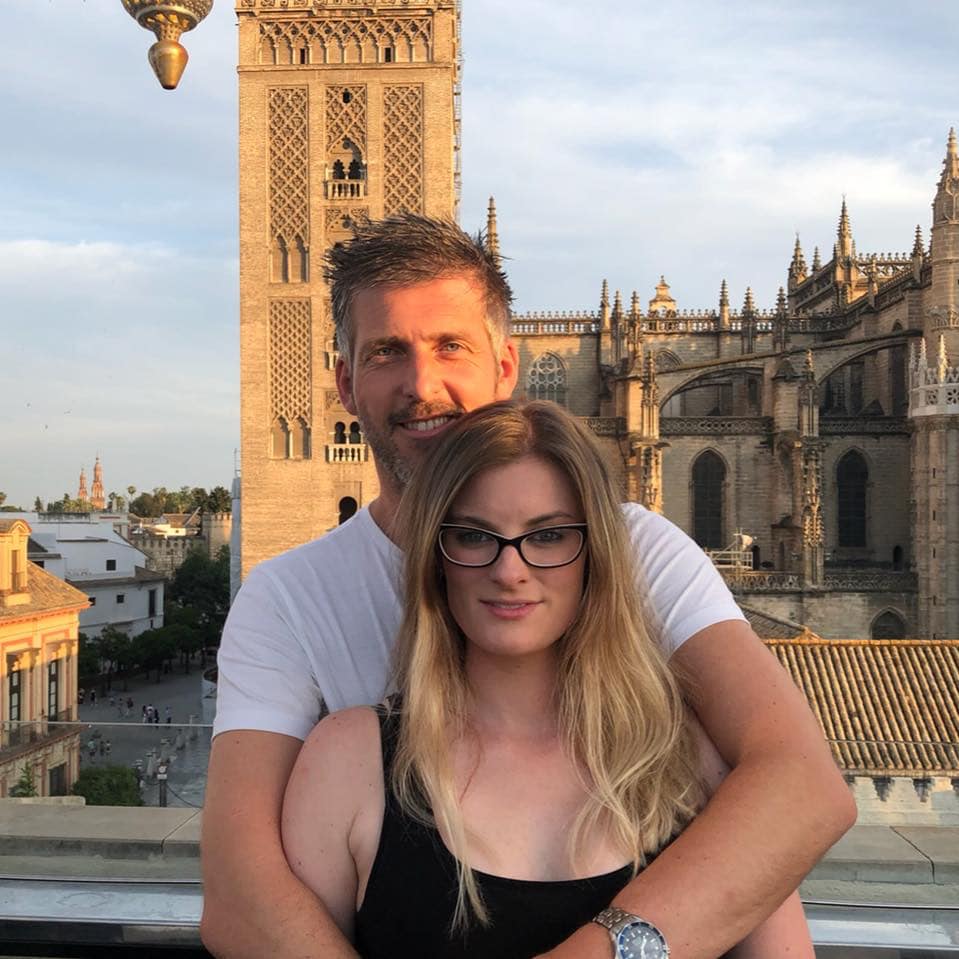 The £100,000 target will pay for everything the couple needs to travel to Germany and get Chris’ treatment.

Chris now wants to make others aware of his condition, which is the most common cancer in men aged 30 to 50.

“We are just ordinary people, I’m a fit and healthy dad of three and then bam overnight our lives had changed.

“We are trying to be as positive as we can. We need to keep on keeping on until we can get to Germany”, Chris added.

If you want to donate to Chris’ appeal, then please click here.

His sister Kate has also designed a range of funny cards that you can purchase – with profits going towards Chris' GoFundMe.

Black Friday 2019 – How do you get the best discounts and when does it start?