Why I’m proud to be a ‘gross girl’: Writer, 35, admits she rarely showers because she ‘doesn’t like the feel of being wet and cold’, skips deodorant, and ‘forgets’ to brush her teeth because it makes her food taste minty

A woman who ‘accidentally went viral’ after posting a TikTok video explaining that she doesn’t shower or use deodorant and skips brushing her teeth because she lives alone has revealed why she’s proud to be a ‘gross girl’.

Annabel Fenwick Elliott, 35, lives alone in the Essex countryside with her dog, while her fiancé works abroad, and as a self-confessed introvert she rarely sees other people.

The writer confesses to hardly ever combing her long hair, forgetting to brush her teeth because she doesn’t like the way her food tastes afterwards, and only showering

She puts her actions down to being ‘lazy’ and believing that constantly showering and washing hair is fuelled by ‘vanity and good advertising campaigns’ rather than ‘biological necessity’.

Here. Annabel tells FEMAIL why cleanliness is ‘at the very bottom of her priority list’ after racking up more than half a million views on TikTok.

You might assume, given I’m not a fan of soap, hardly ever comb my hair, often forget to brush my teeth every day and sometimes don’t shower for a week, that I’m one of a few things – homeless, an addict or mentally unhinged.

I am none of these things, but eschew regular washing out of choice. Surely I must be a raging hippy then? Wrong again. I don’t believe in homoeopathy, star signs or the doctrine of Extinction Rebellion. Nor do I like slumming it. I don’t even enjoy camping.

Rather, I work from home and live alone in the depths of the Essex countryside with a dog who doesn’t care if I potter around looking like I’ve been dragged through a hedge backwards.

And yes, frankly, I’m lazy. The only time I use deodorant is if I’m going to Tesco. My own cleanliness is at the very bottom of my priority list.

Annabel Fenwick Elliott, 35, (pictured), who lives in Essex, has gone viral on TikTok after revealing she doesn’t prioritize her own cleanliness 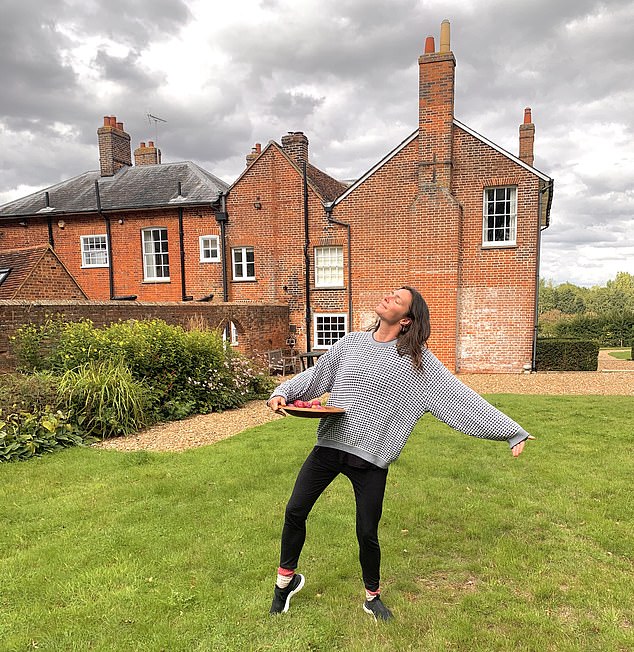 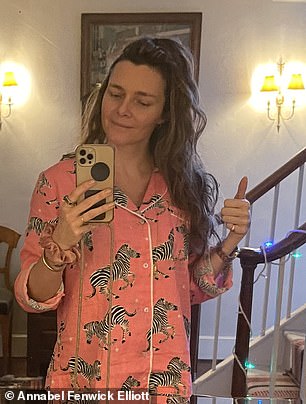 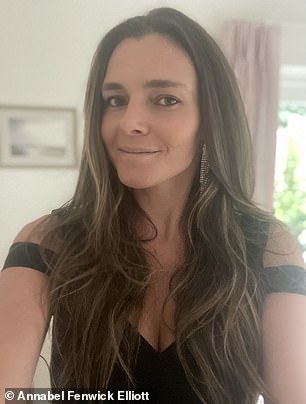 Annabel said she doesn’t ‘particularly like the feeling’ of having a shower and rarely bothers because she doesn’t interact with other people often. Pictured right: A ‘rare photo’ of Annabel with clean hair and makeup

And it seems I’m not alone. Last weekend I started a TikTok account, which is, granted, profoundly uncool of me at the age of 35.

It was mainly an exercise in getting more comfortable on camera, which I have to improve upon, being a journalist who sometimes does live commentary.

I didn’t expect anyone to watch my banal mutterings – certainly no one I knew.

Ahead of my first post on Saturday, I did consider whether perhaps I should put some make-up on for the first time in lord knows how long, or at least brush my hair, but ultimately decided against it.

As we’ve already established, I’m lazy. And so, in lieu of anything interesting to say, I did what most of the yoof on TikTok seem to do – ramble on about the first thing that came to mind – which on that morning was to account for my scruffiness.

To my astonishment, in less than a week, I’ve had more than half a million views on the videos in which I document my ‘gross girl’ antics, and even more surprisingly, the vast majority of comments have been in support of it. Which suggests I’m not quite so abnormal as I’ve always thought.

In them, I have confessed that I live on my own, rarely interact with other humans and thus don’t bother showering.

I don’t particularly like the feeling – especially not in winter – of getting wet, and being cold, and then getting dry and putting on a different variation of the same costume I always wear; leggings and a soft T-shirt; matching pyjamas if I’m feeling particularly bouji. Not showering every day means not changing every day, which is fine by me. 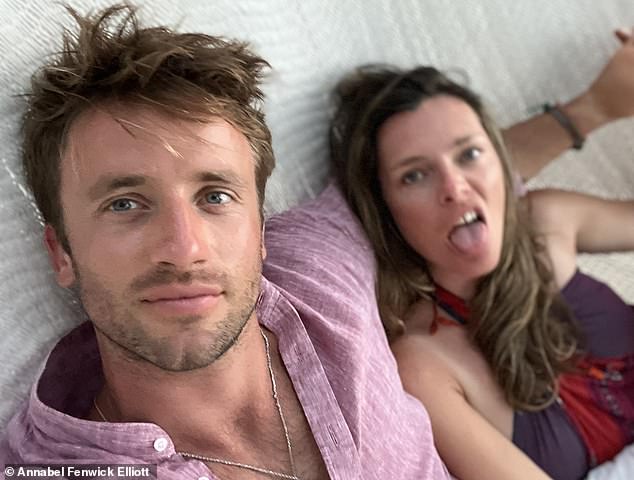 Annabel (pictured, with fiancé Julius) revealed she isn’t a fan of soap, doesn’t brush her hair and forgets to brush her teeth when she is home alone 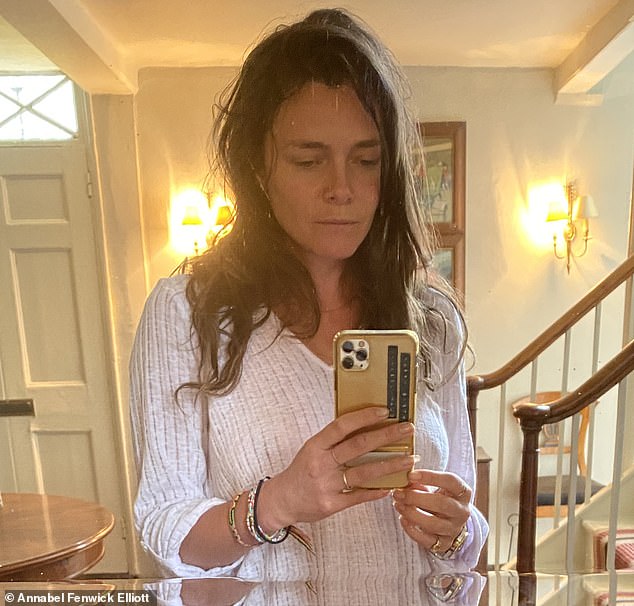 I don’t brush my hair, but instead just bung it in a bun atop my head when it starts getting too tangled.

I don’t use deodorant or antiperspirant – what exactly is the point, unless I happen to be seeing someone? I do, as a compromise, keep a can of Febreze downstairs, just in case the postman comes and I have to sign for a package, which is seldom.

Perhaps I’ve fallen victim, subconsciously, to the rumours that plying our skin with all these chemicals several times a day isn’t good for us, and can even be bad. ‘Some people have wondered if aluminium in some deodorants and sprays affects cancer risk,’ states Cancer Research UK. ‘But there is no good evidence to suggest a link.’

Still, it feels unnecessary to me on an instinctual level, to block one’s sweat glands on a daily basis for no good reason. We’re the only species to be so slavish about scrubbing ourselves of our natural scent – indeed, vets tell us not to bathe our pets regularly, for it upsets the balance of their skin and interferes with the natural oils that condition their coats. 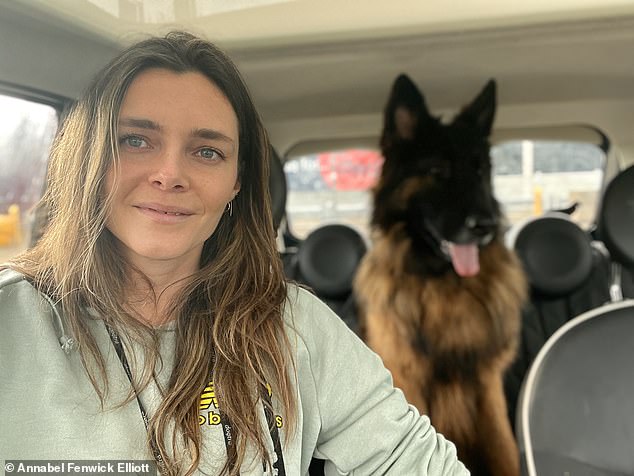 Annabel argues we aren’t living longer because of body wash and deodorant, but rather clean drinking water and modern medicine

And we haven’t always been so obsessed with soaping our bodies once, often twice a day. For most of human history, baths were a laborious task reserved solely for the very wealthy, and showering was only popularised in the mid-19th century.

Which is not to say we should all be behaving like dogs or mediaeval peasants, just that our contemporary self-cleaning compulsion is probably more to do with vanity and good advertising campaigns than being a biological necessity. We are not living longer and getting sick less because of Dove bodywash and Sure deodorant, but rather clean drinking water and modern medicine.

I am less proud of the fact that I hardly ever brush my teeth the recommended twice or three times a day, which is obviously not smart. I don’t like doing it first thing in the morning, which is when I eat, because it makes everything taste weird. You shouldn’t brush them immediately afterwards because that only circulates the food into the crevices – a dentist told me that. And usually by the time I remember that I’ve forgotten to do it, it’s time for another meal. Once a day it is then, at best. 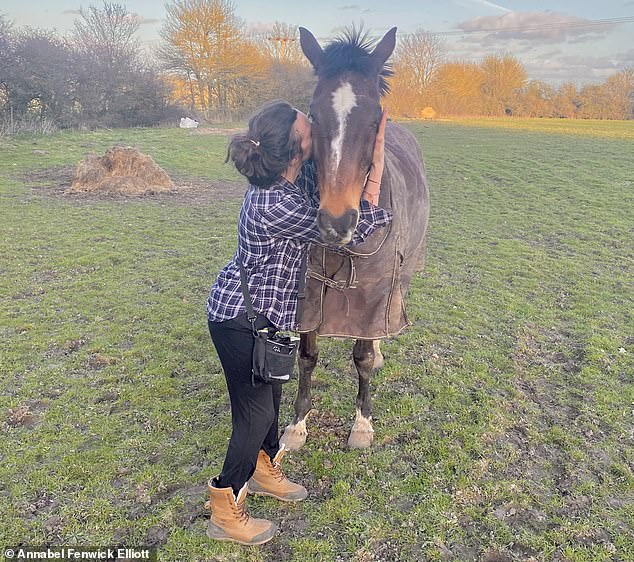 Annabel claims she would shower most weekdays and at least use dry shampoo when she lived in London and worked in an office. Pictured: Annabel in a neighbouring field with a friend’s horse 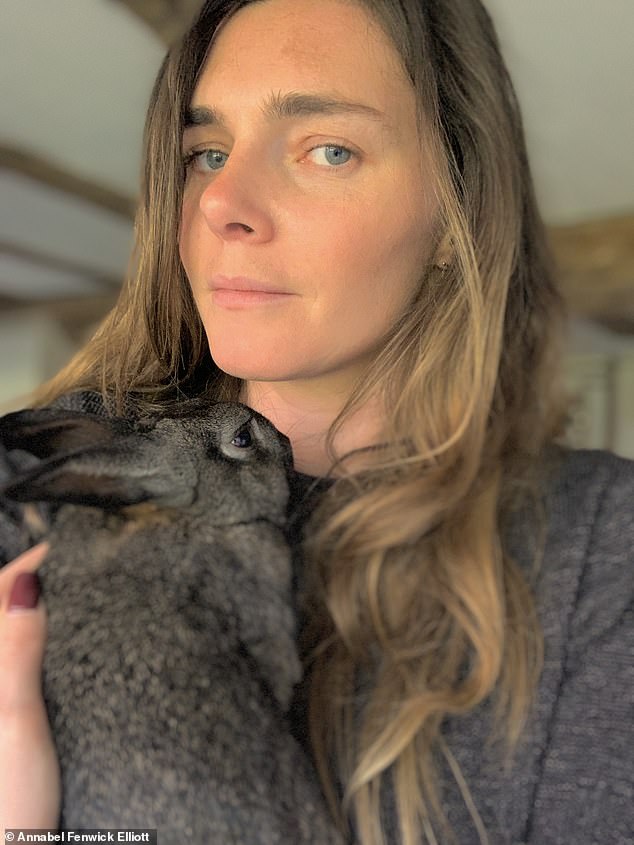 I should point out that I’m not so slovenly as to inflict this behaviour on others. When I lived in London and worked in an office, I showered most weekdays, slapped on tinted moisturiser and at least used dry shampoo. When my fiance, who currently works abroad, is home, I brush my teeth twice a day and tolerate my cornflakes tasting like Colgate.

But as soon as he’s gone, and I’m back to being a hermit, all bets are off. My hairbrush gathers dust, my shower gets lonely, and my washing machine wonders what it’s done to offend me.

The welcoming response I’ve had to this on TikTok is either just a result of the algorithm matching me with other people as disgraceful as I am; or is proof that, since the recent pandemic rendered most of us antisocial and housebound by law, many have to come to realise just how freeing it is to ditch the endless preening.

Are Lauren & Cameron Still Together After ‘Love Is Blind’? She Shares An Update — EXCLUSIVE