Home » Lifestyle » I had £1.6milion worth of ape NFTs stolen in the worst night of my life after my haul was attacked by hackers

A CYBER heist victim claims he had £1.6million worth of ape non-fungible tokens stolen in a matter of hours.

Collector Todd Kramer described the night of the digital raid as "the worst" of his life after his haul was attacked by hackers.

He had bought 15 of the increasingly popular NFTs, which digitise works such as art or music and turn them into tokens.

These are then stored on the blockchain, meaning they cannot be replicated and are unique to the owner.

But on December 30, his worst nightmare became a reality when he lost them all.

In a tweet, which has since been deleted, Todd said he had been "hacked" with "all apes gone".

He later listed the names of all 15 of his unique avatars, which act as a deed of ownership that members can use to prove they own the one-and-only version of the image.

In BAYC's case, each one is a different, randomly generated, disinterested-looking ape.

In another tweet, he thanked several people for their "support" during "arguably the worst night of my life".

It is not known whether Todd has been reunited with his apes, nor why he deleted several of his tweets as the ordeal unfolded.

But he did blame not using a hard wallet to store them on as he declared "lessons learned", adding: "Never knew so many troll accounts existed."

Bored Ape Yacht Club was created by Yuga Labs and is a collection of 10,000 profile pictures to be sold as NFTs.

Behind the purchase of each of the unique ape avatars is membership to an exclusive society or social organisation.

This allows you to access an exclusive Discord server where you can interact with the other NFT owners – including celebs.

These are now generally available to purchase through secondary markets such as OpenSea, where they will be listed at a fixed price, or up for auction.

Buyers will need to have an Ethereum wallet in order to purchase, and enough ETH – native crypto of Ethereum – to cover the price and gas transaction fee.

Cryptocurrencies are really collections of computer code but coins such as Bitcoin or Dogecoin have recognisable logos.

An NFT provides something different again as it digitises a piece of work such as art or music and turns it into a non-fungible token that is stored on the blockchain.

That means it cannot be replicated and is unique to whoever owns it.

Crypto commentator Jonathan Marriott said NFTs provide a legitimate way of verifying ownership and tracking the origins of an item.

He said: "An NFT lets you record where and when something is made and track the whole process to verify that it is legitimate.

"The public blockchain element makes it irrefutbale. No-one can fake it."

He added that medical and food manufacturers could use it so consumers can follow the supply chain so they know where their products are coming from.

Alternatively, an NFT could be created alongside a new trainer so you know if your pair of pricey sneakers are genuine.

They have become a desirable collectable as influencers, artists and celebrities use them to promote products.

Buying an NFT, like any collectable, is a risky bet on the value going up. 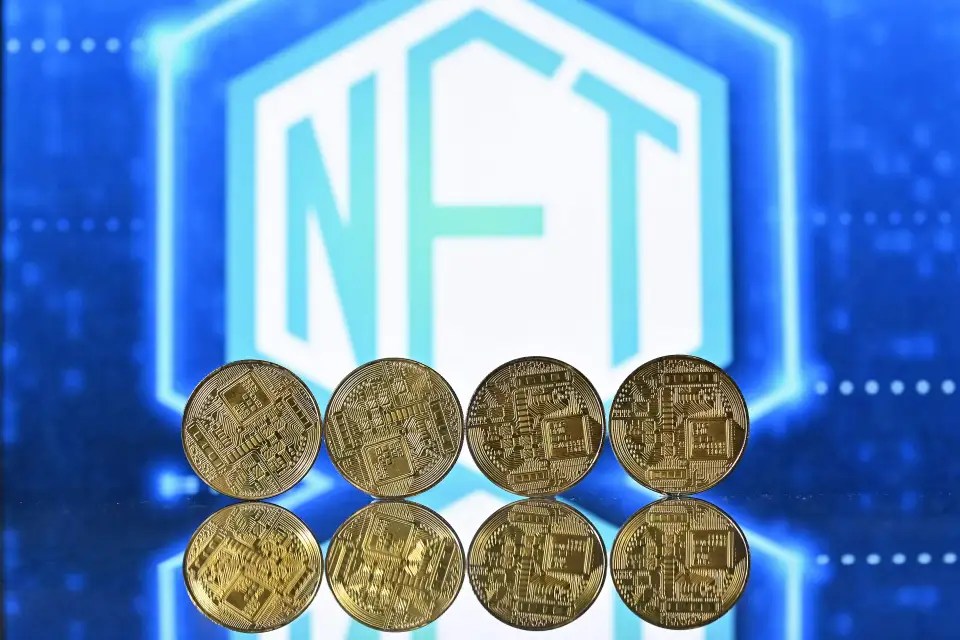