A cow weighing 1,300lbs had to be hauled to safety after getting stuck in thick mud. The animal was stranded after sinking into a bank of the River Wye in Herefordshire on Tuesday (October 4).

Firefighters battled to get the animal out after it got stuck up to its waist in the sticky mud.

Crews attached harnesses around the cow’s belly before a farmer used his tractor to drag it out of the mud and onto its side.

The lucky cow was checked over by a vet and was returned to a nearby farm.

A spokesperson for Bromyard Fire Station said: “Fire crews from Ross-on-Wye and a large Animal Rescue Team from Bromyard were called to an incident on Tuesday afternoon to rescue a cow that had become trapped in the mud on the edge of the river.” 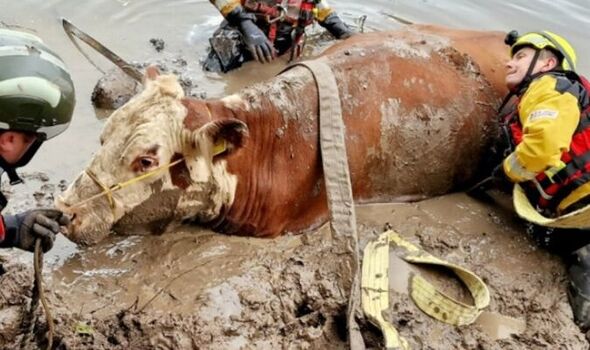 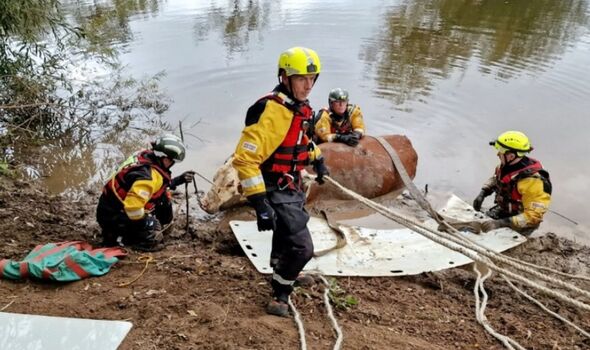 “All jobs are different and present different challenges and this was one of those jobs.

“The cow was stuck up to her waist in mud. Crews had to enter the water so they could fit straps around the cow.

“Then using the farmers equipment she was pulled on to a large guild board which enabled us to slide her up the embankment to a place of safety.

“It was great team work from all that were involved which saw the successful rescue and she was able to return to the herd.”

READ ABOUT CLAIMS HARRY LOOKED LIKE A ‘SULKY TEENAGER’ ON TOUR 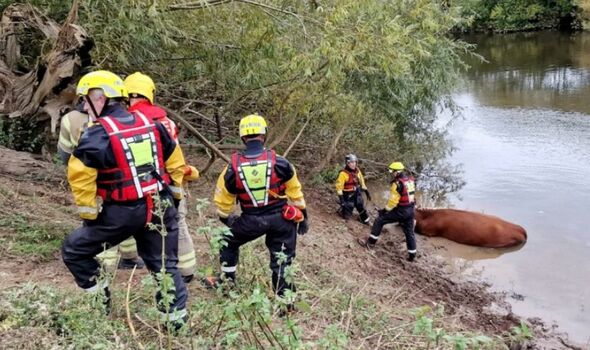 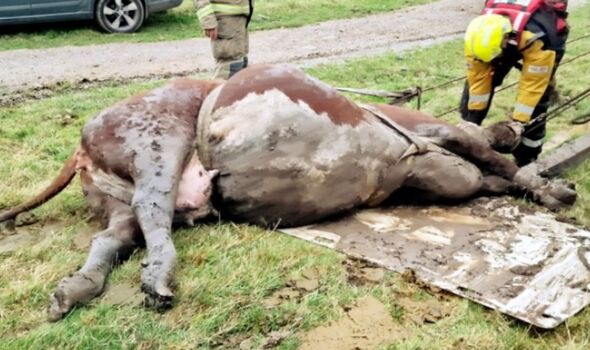 It was not the first farm animal to become trapped this week with a calf having got its head stuck in an electricity pylon on the same day in Bollington, Cheshire, on the same day.

The poor creature got its head trapped in a leg of the structure.

The fire service said: “This calf made a slight miscowculation this morning and got his head trapped in the leg of a pylon in Bollington. 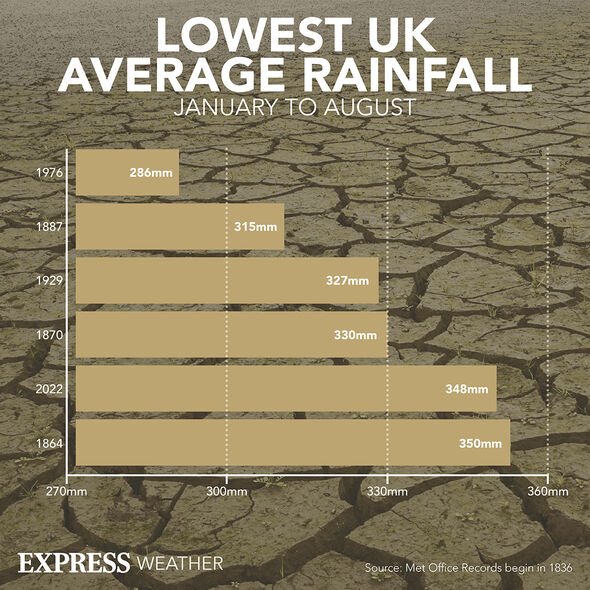 “Our animal rescue team were quickly on the scene and released him from his plight. He was last seen mooving off to rejoin his herd.”

Train services were also delayed near Glasgow today (October 6) when a cow was spotted walking down the tracks.

The beast was pictured wandering into Hillfoot Station in Bearsden, East Dunbartonshire.

ScotRail tweeted a picture of the animal and said: “Services on the Milngavie line are being delayed by a cow on the railway, which has now been remooooved.” 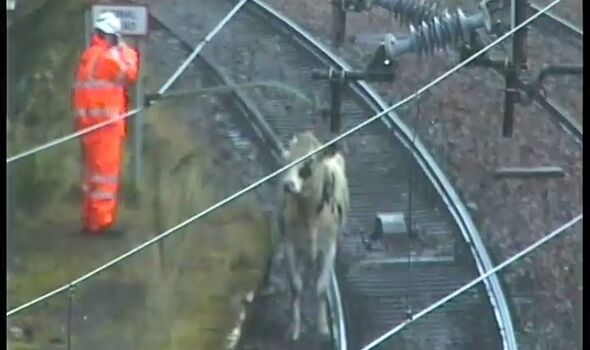 This week also saw claims the happiest cows in the UK had been identified with a herd being pampered with mattresses and astro turf walkways.

Kate Hoare’s herd of over 100 cows near Tideford, Cornwall, can also scratch themselves against a giant, rotating brush.

It is all part of efforts to keep the creatures happy, healthy and productive, according to Cornwall Live.