Kylie confirmed speculation that she’s expecting baby number two with Travis Scott by posting a sweet video to her Instagram on Tuesday.

It’s not a big secret this time! Unlike the way Kylie Jenner publicly handled her pregnancy with Stormi, the reality star came out and confirmed that she’s pregnant with her second child before giving birth.

She did so with a sweet video highlighting moments from the early weeks of her pregnancy posted to her Instagram on Tuesday. So while this is her second pregnancy, it’s the first that fans will get to enjoy it with her — as well as the first where her family gets to publicly share their excitement with her along her journey.

We got to see the moment she showed Travis Scott the exciting news with her pregnancy test, a precious shot of the family (including Stormi) at the ultrasound learning they’re just days away from hearing a heartbeat, and the candid moment when they shared the news with Kris Jenner.

There were a lot of other sweet moments from the first few months, including Stormi kissing her mother’s growing baby bump and saying, “Baby!” It’s clear that this baby is surrounded with love even before it’s come into this world.

Immediately, almost the entire Kardashian-Jenner family, as well as close friends and fans, lit up Kylie’s post with comments sharing their love and support and excitement for the bun in her oven, and the coming expansion of her family.

As captured by Comments by Celebs, Kris proudly shared that she was “crying all over again,” adding, “What a special and amazing Blessing and gift God has given you!!!!” 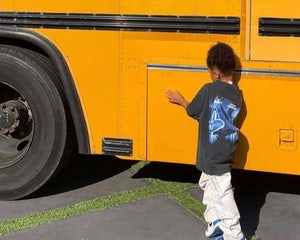 Travis Scott Surprises Daughter Stormi With Her Very Own School Bus — Here's Why!

Kylie’s sisters all shared their support as well, with Kim echoing Kris’ sentiments with one word, “Crying!!!!” Kendall commented that she “can’t handle it,” with love and heart emojis, while Kourtney commented, “Crying this is so beautiful my blessed angel sister.”

Khloé shared a series of stunned emojis only, followed by another comment where she just added, “Awwwww.” Her best friend, Malika Haqq, jumped in as well, writing, “YESSSSS GOD 😩😍.” Kylie’s brother Brandon shared his enthusiasm, writing, “No way!!!!! Congratulations ❤️❤️.”

One of Kylie’s besties, Yris Palmer, wrote spoke through the power of emjois, sharing, “😢❤️❤️❤️❤️,” while Stassie Karanikolaou added, “so beautiful ❤️ i love you”

Scott Disick and Amelia Hamlin Split After Nearly a Year Together

Kourtney’s main squeeze Travis Barker also jumped into the comments to share his own love via emoji, posting, “🙏🏼❤️.” Hailey Bieber also shared her excitement, commenting, “🥺🥺🥺🥺. I love you guys!!!!”

Kylie did not specificy when she’s expecting, but fans can expect to see a lot more of her pregnancy in the coming weeks. Prior to her announcement video, all of Kylie’s most recent posts have featured her before her pregnancy was showing at all, or even before she was pregnant, including as recently as last week.

Now that the news is out on her own terms, her friends, family and fans can look forward to continuing on this exciting journey with her, Travis and Stormi as they prepare to welcome a fourth member into their immediate family! 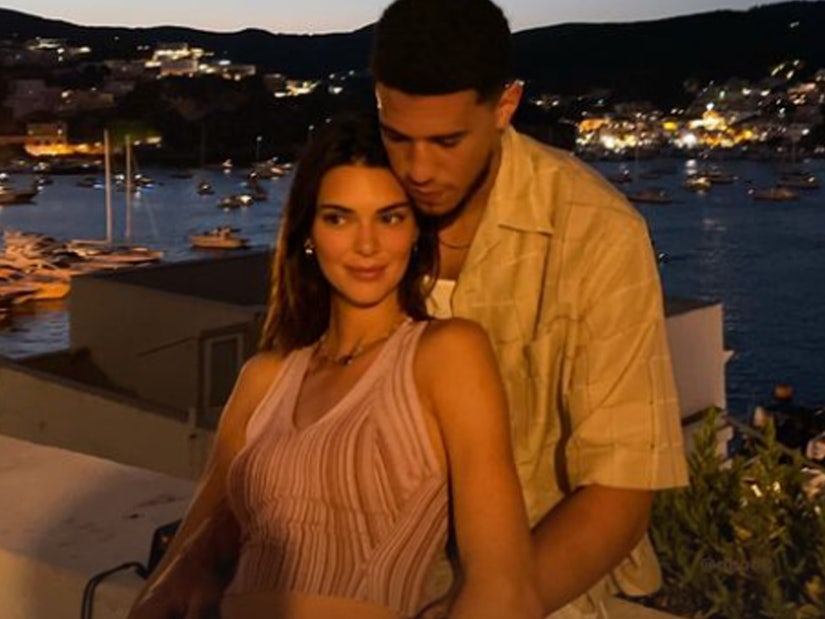 Joy for Granny Fergie! Duchess of York becomes a grandmother