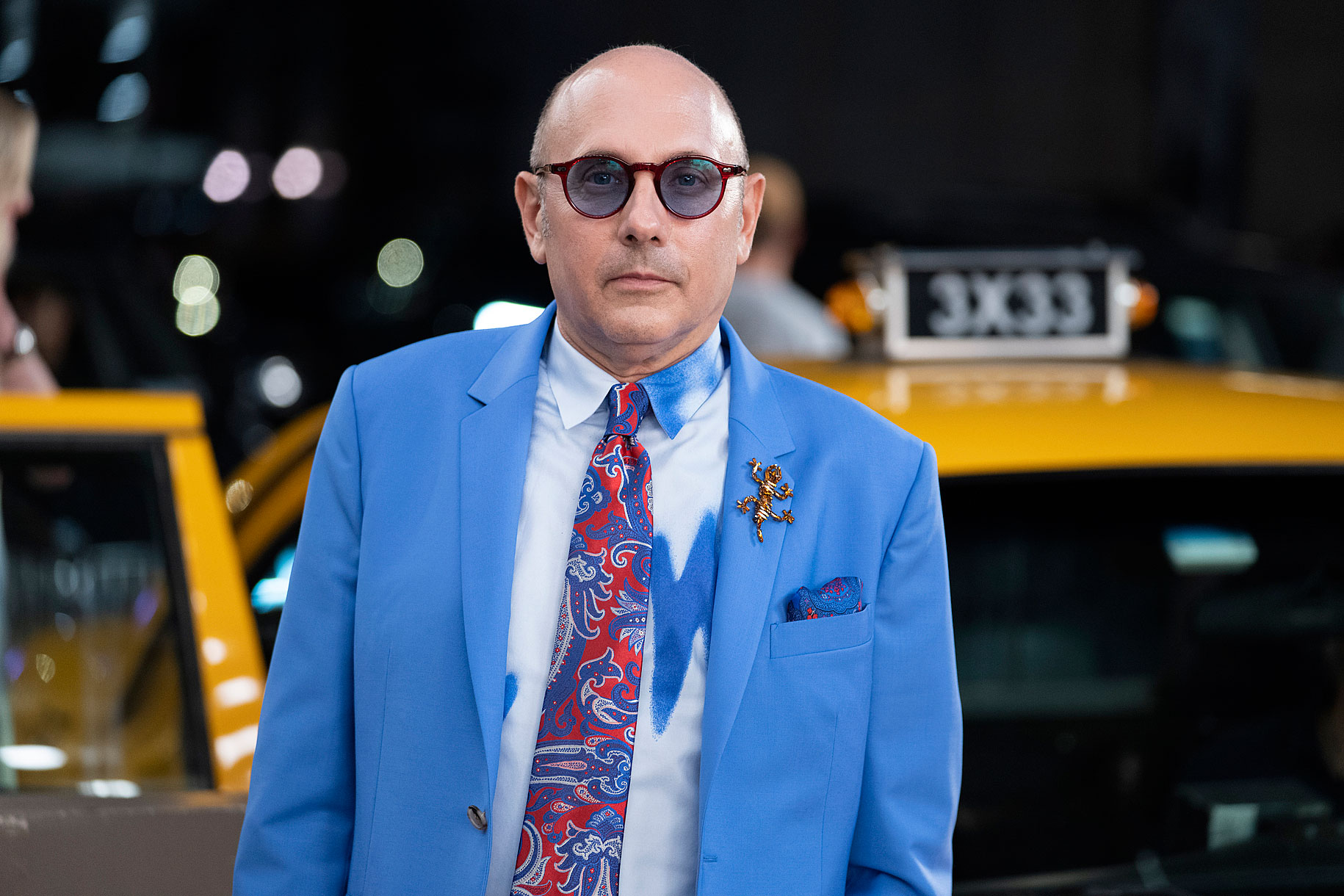 And just like that, another character in the Sex and the City universe has moved abroad. Willie Garson’s Stanford Blatch was written off And Just Like That during the Thursday, December 23, episode of the HBO Max series, three months after the actor’s death.

‘Sex and the City’ Cast Mourn the Death of Willie Garson

Carrie Bradshaw (Sarah Jessica Parker) learns via letter that her longtime friend moved to Tokyo to work with a 17-year-old TikTok star’s tour.

“By the time you read this, I’ll be in Tokyo. I couldn’t tell you — not without crying,” the note read. “And you have had enough crying.” 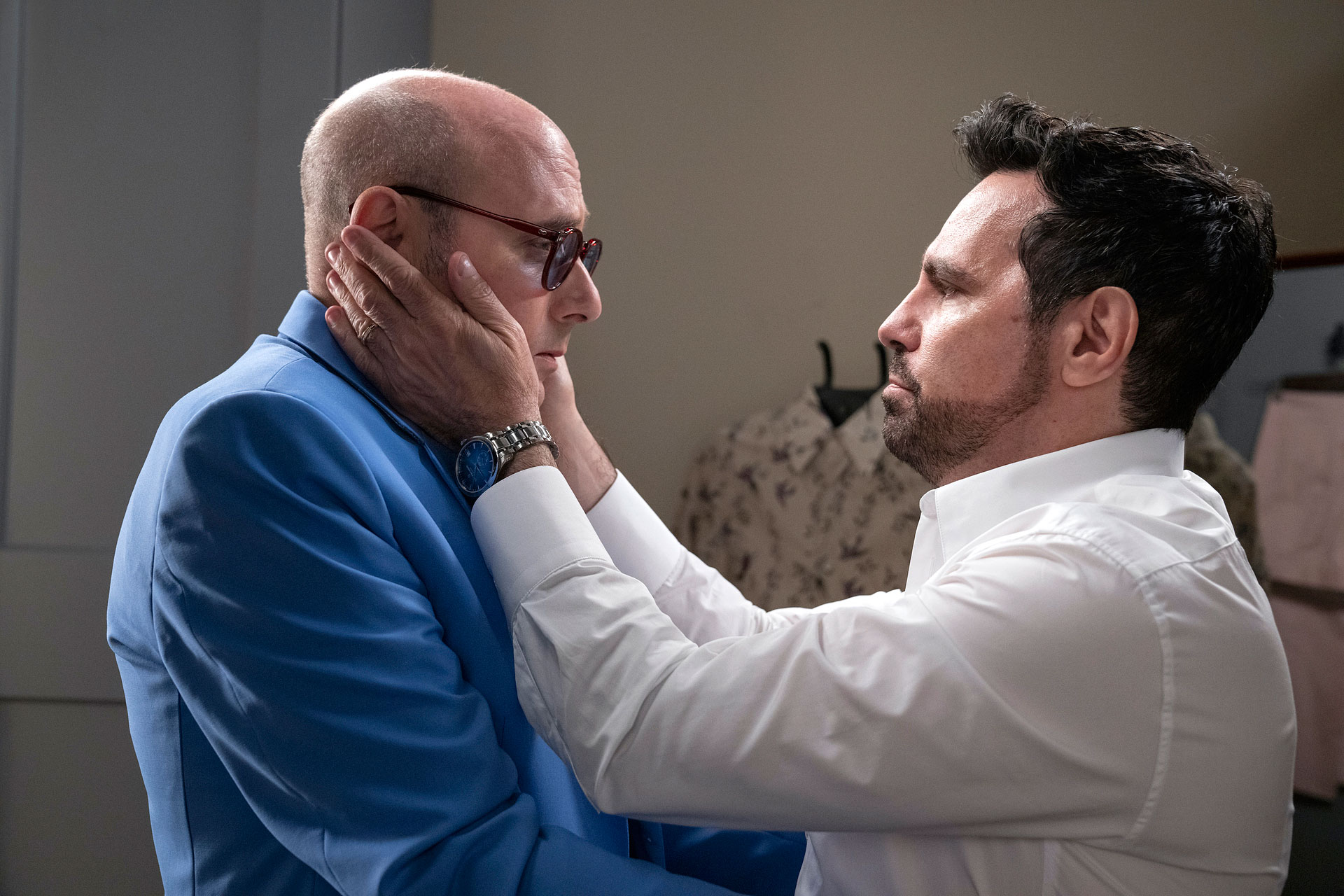 “He said he couldn’t bring himself to tell you he was leaving face-to-face after Big died,” Anthony told Carrie in Thursday’s episode, referring to the character’s onscreen husband (Chris Noth), who died in the premiere earlier this month.

Carrie replied, ”Right, and a note is so much more compassionate.”

Most Shocking TV Deaths of All Time

Anthony, who noted that Stanford revealed in another letter that he “wants a divorce,” quipped, “Oh you know Stanny, he hates to disappoint people … in person.”

Garson, who appeared in the first three episodes of And Just Like That, died in September at the age of 57 after a secret battle with cancer. Cynthia Nixon, who plays Miranda, revealed earlier this month that Parker, 56, was the only cast member who knew the late actor was ill while they were filming the revival.

“Sarah Jessica was the only one that knew he was sick when we were filming until things became undeniable and then we were told,” she told Deadline. “Thankfully we were able to shoot with him not just before he was sick but after so it could be something we could discuss and listen to him about. I know that was very important for us and I think it was something that was important to him, too — not to be hiding that from us anymore.”

‘Sex and the City’ Drama Through the Years: A Timeline

In addition to Carrie’s husband dying in the premiere, fans learned that Kim Cattrall’s Samantha Jones moved to London and was no longer keeping in touch with Carrie, Miranda or Kristin Davis’ Charlotte after the author fired her as her publicist. 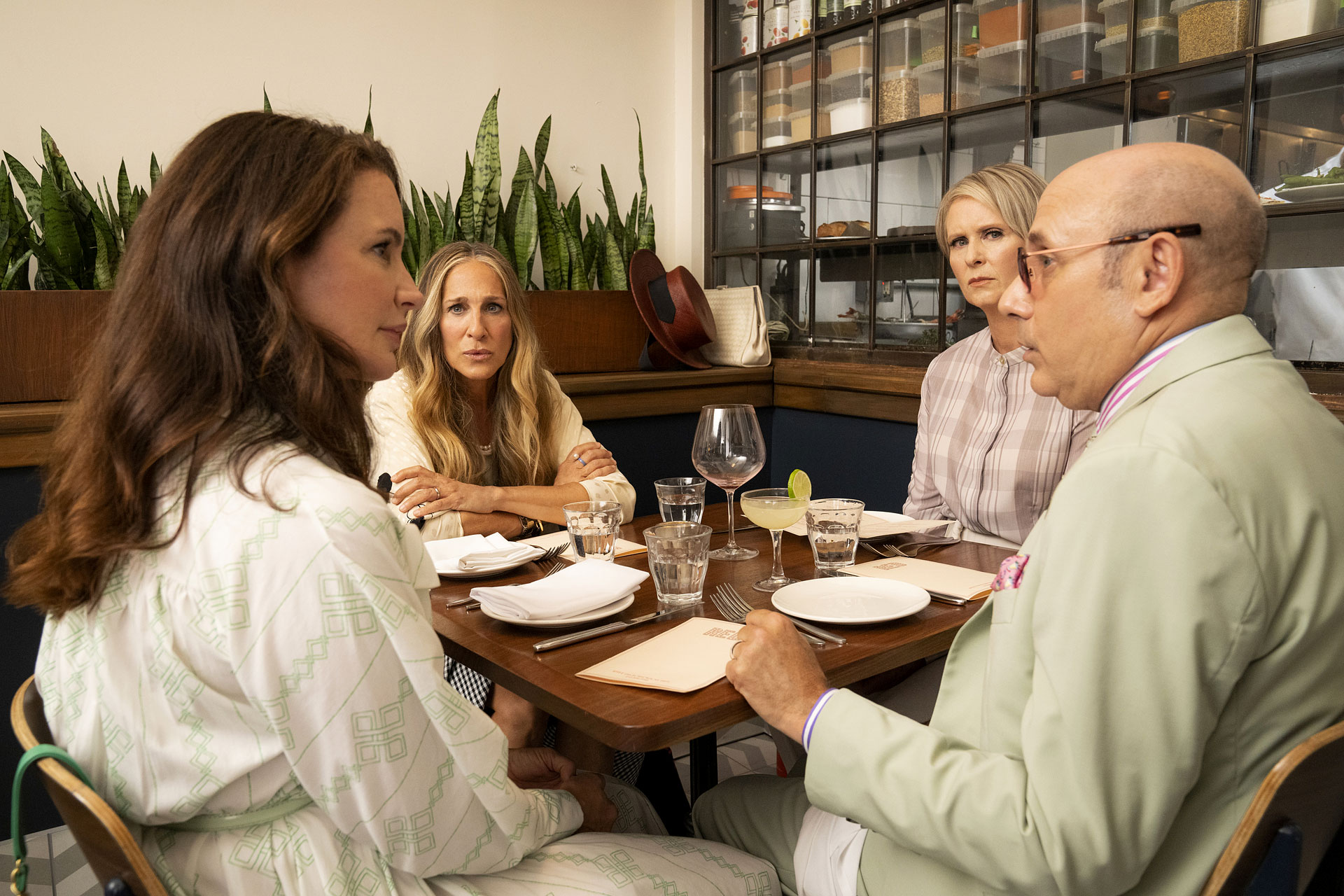 “And Just Like That was never four [characters],” showrunner Michael Patrick King told The Hollywood Reporter on December 4. “It never was on the radar as four because Kim Cattrall, for whatever reason, didn’t want to play Samantha anymore.”

One week after the SATC revival debuted on the streaming service, Noth was accused of sexual assault by several women. He denied all the claims, which spanned from 2004 to 2015. While the network has yet to address the accusations, Parker, Nixon and Davis released a joint statement on Monday, December 20.

“We are deeply saddened to hear the allegations against Chris Noth,” the three actresses said. “We support the women who have come forward and shared their painful experiences. We know it much be a very difficult thing to do and we commend them for it.”

Noth has since been dropped by his talent agency and fired from CBS’ The Equalizer.

Male model, 44, reveals how he fell for a woman 19 YEARS his junior