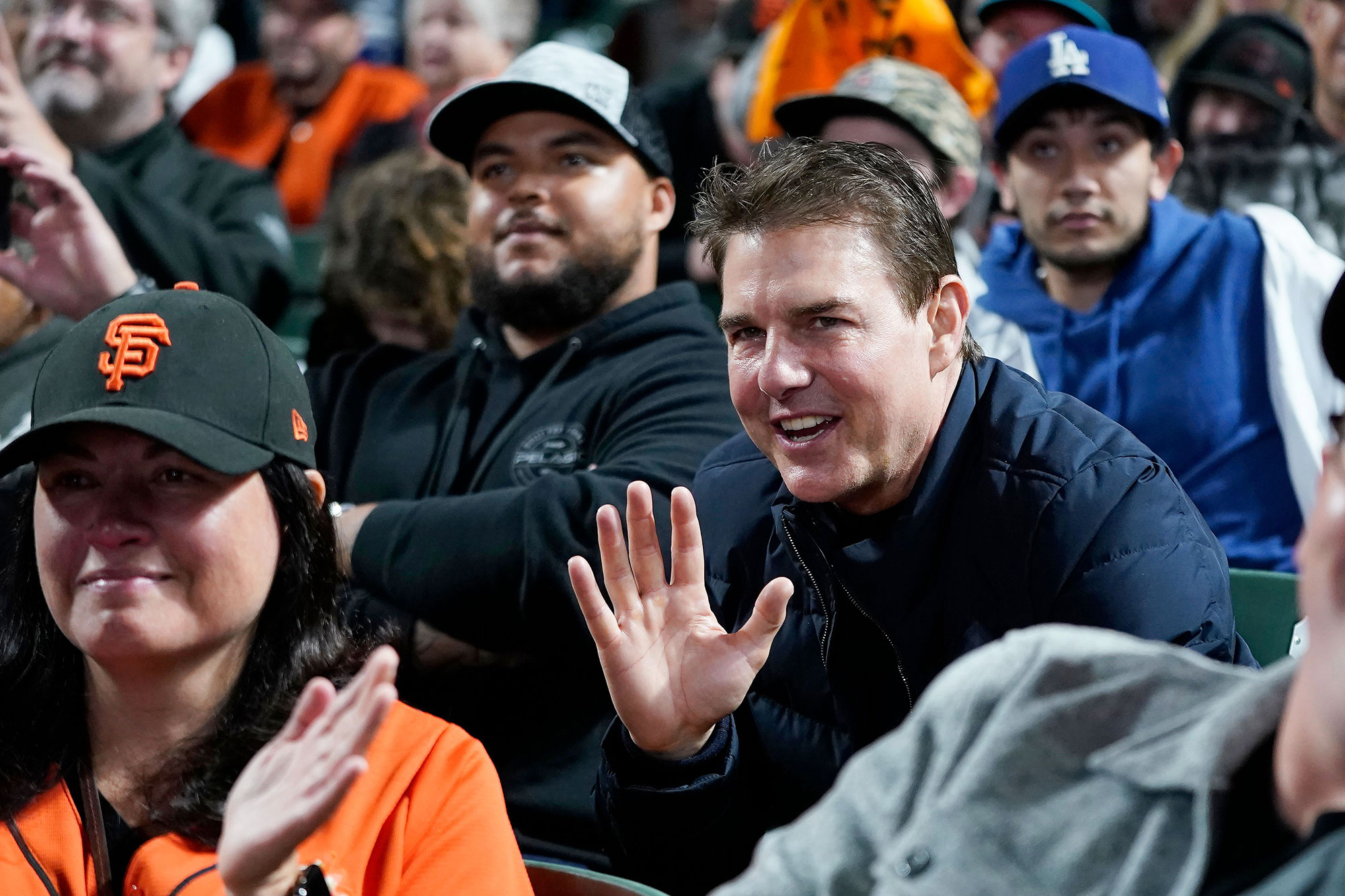 Bonding over baseball! Tom Cruise was spotted with his son, Connor, during a rare family outing at San Francisco’s Oracle Park.

Tom Cruise Through the Years: From His Movies to Headline-Making Marriages

The 59-year-old Top Gun actor was joined by his 26-year-old son at the second game of the National League Division Series on Saturday, October 9, watching the Los Angeles Dodgers face off against the San Francisco Giants. As the pair appeared on the Jumbotron, the Golden Globe winner smiled alongside Connor and chatted with nearby fans. Neither Cruise nor his son wore masks amid the coronavirus pandemic.

The Edge of Tomorrow star and ex-wife Nicole Kidman adopted Connor, along with daughter Isabella, now 28. The former couple tied the knot in December 1990 and Cruise filed for divorce 11 years later.

Kidman, 54, and the Oscar nominee don’t often discuss their marriage — or their kids — in public. In 2018, however, the Big Little Lies alum mentioned Connor and Isabella during an interview with Australia’s Who magazine.

“I’m very private about [them],” she explained at the time. “I have to protect those relationships. I know 150 percent that I would give up my life for my children because it’s what my purpose is. They are adults. They are able to make their own decisions. They have made choices to be Scientologists and, as a mother, it’s my job to love them.”

The Nine Perfect Strangers star continued, “I am an example of that tolerance and that’s what I believe — that no matter what your child does, the child has love and the child has to know there is available love and I’m open here. I think that’s so important because if that is taken away from a child, to sever that in any child, in any relationship, in any family — I believe it’s wrong. So that’s our job as a parent, to always offer unconditional love.”

Kidman is also the mother of daughters Sunday, 13, and Faith, 10, whom she welcomed with her husband, Keith Urban. Cruise, for his part, shares a teenage daughter with ex-wife Katie Holmes.

Earlier this year, the Undoing actress reflected on her past relationship with the Mission: Impossible star, admitting that she feels “a bit more trepidatious” about offering up details about her private life. 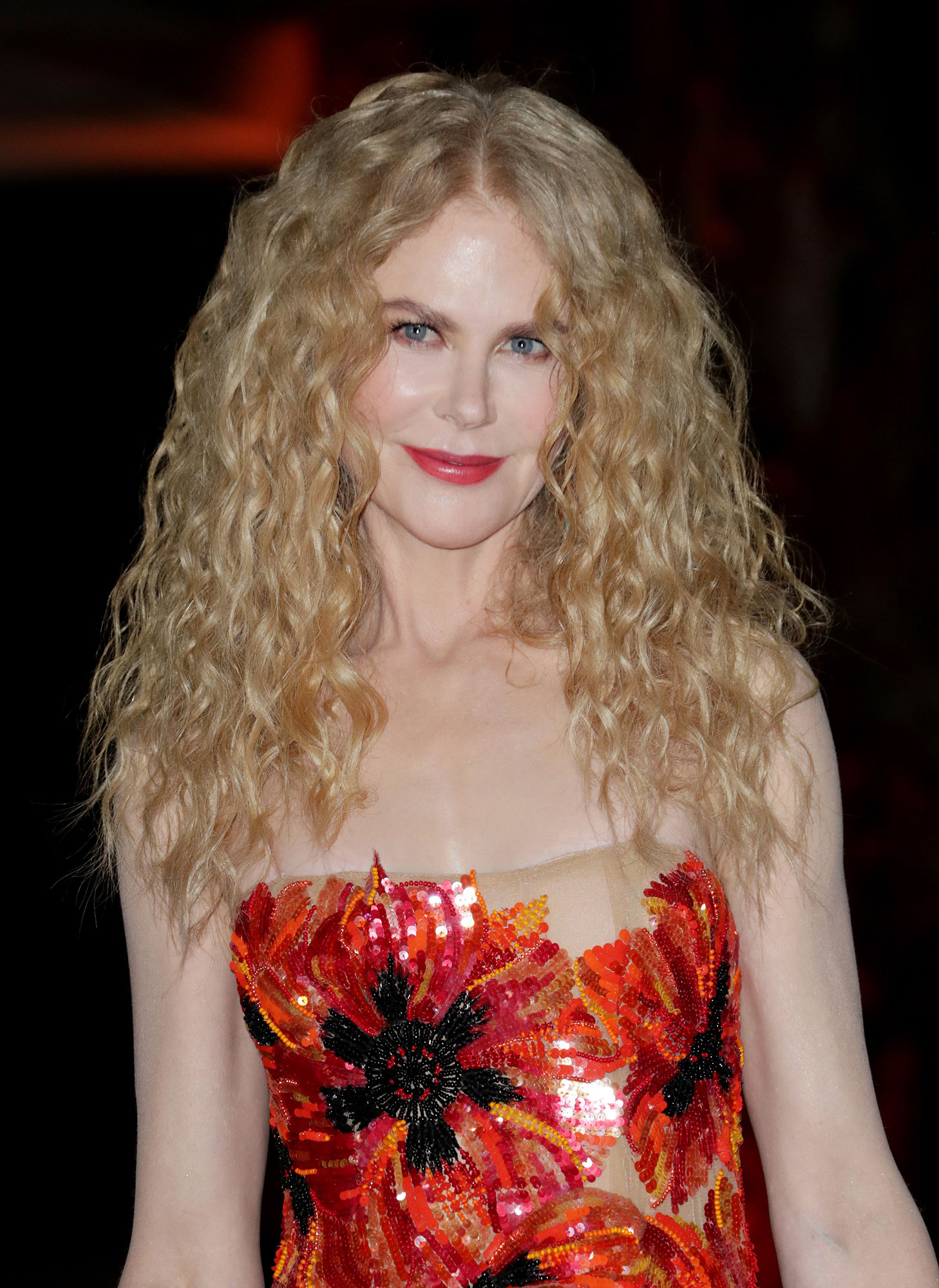 “I’m always trying to be as open as possible. I just prefer to live in the world that way,” she told Harper’s Bazaar in an interview published in September. “I’m wary at times, and I’ve been hurt, but at the same time I much prefer a warm approach rather than a prickly shutdown approach.”

One year prior, she looked back on filming Eyes Wide Shut with Cruise in the early days of their marriage while raising their two kids.

Nicole Kidman and Keith Urban: A Timeline of Their Relationship

“We were happily married through that,” she told The New York Times in October 2020. “We would go go-kart racing after those scenes. We’d rent out a place and go racing at three in the morning. I don’t know what else to say. Maybe I don’t have the ability to look back and dissect it. Or I’m not willing to.”

The duo both “loved” being able to collaborate with late director Stanley Kubrick, who died shortly before the movie premiered in 1999.

“We were working with the greatest filmmaker and learning about our lives and enjoying our lives on set,” Kidman recalled. “We would say, ‘When is it going to end?’ We went over there thinking it was going to be three months. It turned into a year, a year and a half. But you go, ‘As long as I surrender to what this is, I’m going to have an incredible time.’”

Ivanka Trump: Could this be a clue Donald’s daughter could run for President?

CleverSpa hot tub discounted in Homebase sale – save £200 off