Another one! Heidi Montag and Spencer Pratt are officially the parents of two — and they gave their second baby boy a special name.

The Colorado native, 36, took to Snapchat to introduce her newborn shortly after Us Weekly confirmed his arrival on Thursday, November 17. Montag uploaded a selfie from her hospital bed, covering her infant’s face with a blue heart emoji. “Ryker Pratt,” she wrote, adding that he weighed 7.9 lbs and was born at 11:31 a.m. local time.

Us broke the news in June that the Hills alums, who share 5-year-old son Gunner Stone, were expecting their second child. 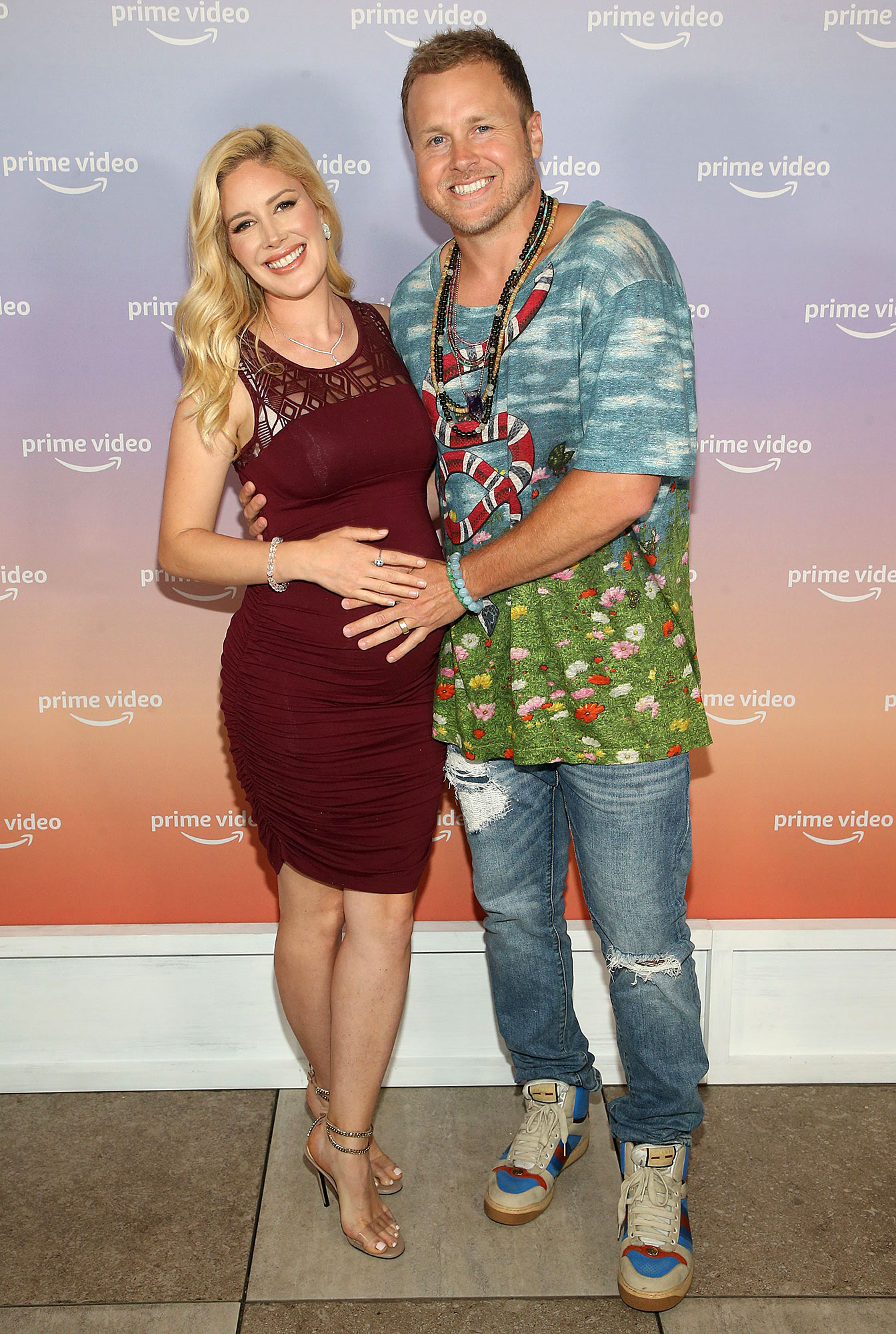 “I couldn’t be more excited. I don’t know who I’m the most excited for — myself or Gunner or Spencer,” the then-pregnant star told Us. “I just felt like something was missing. I felt like a person was missing in our family that I had this intense love for. And I kept praying about it. I’m like, if I’m not meant to have another kid — because I had accepted that at this point — I just wanted to not have that desire so strongly and I just wasn’t sure if it was going to happen or not. I just get so emotional about it.”

The couple spent “about 18 months” trying to conceive, revealing to Us that former costar Brody Jenner even offered to pay for IVF treatments “a few months” before they went public with Montag’s pregnancy.

“I think a lot of women struggle with this and it’s just not something a lot of people talk about because it’s so hard and it’s so personal. And I felt really blessed having Gunner and having such a beautiful healthy son, so I was trying not to be ungrateful for my life and for what I do have,” she continued. “And at the same time, it was such a deep longing in my heart that I had — wanting a sibling for Gunner and wanting to expand our family.” 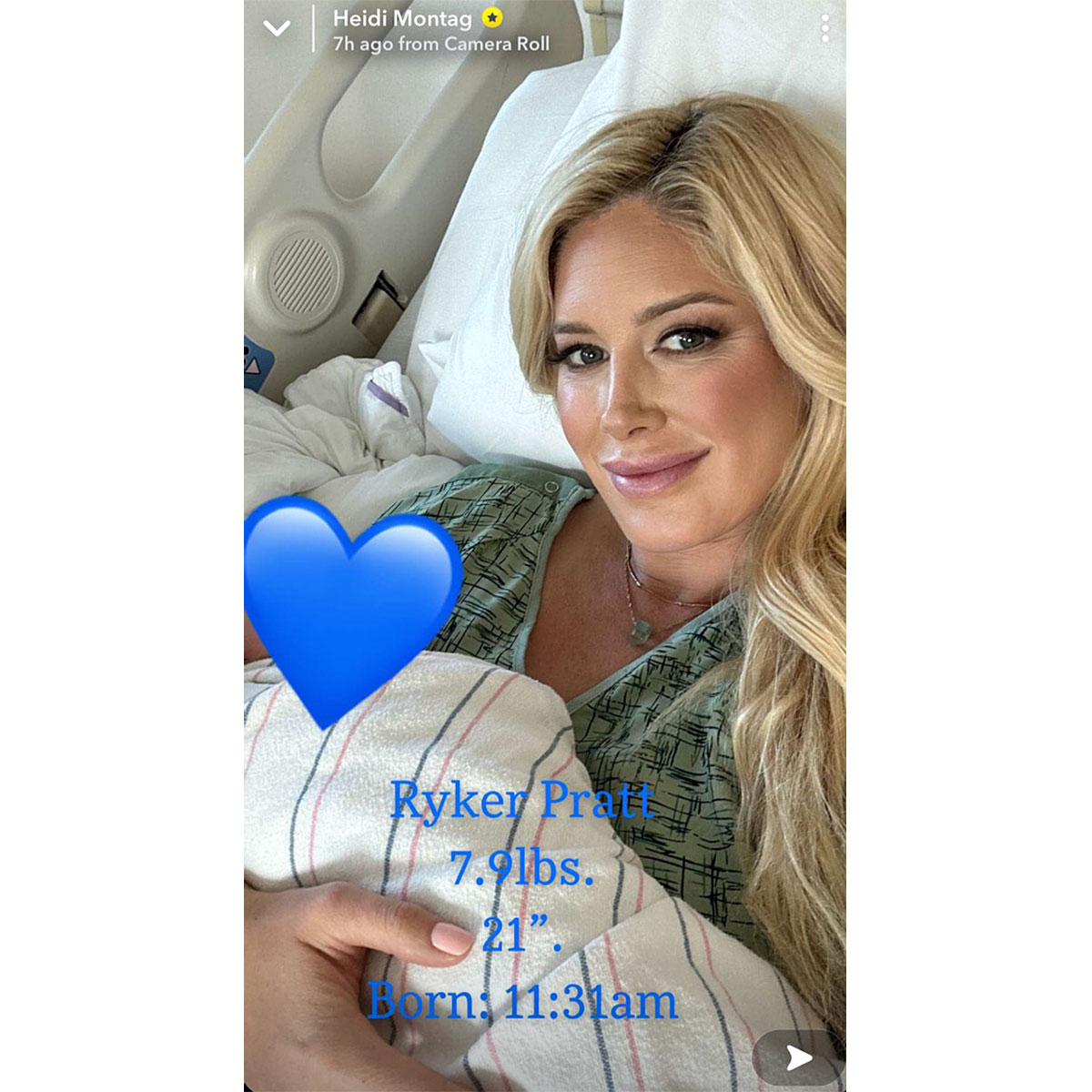 Before welcoming baby No. 2, the “Higher” singer was “trying to be really careful about” her health, but she wasn’t cutting out her biggest cravings. “My appetite has really spiked because the baby needs so much more nourishment, so I’m consuming so much food,” she told Us. “I’m trying not to just jump on the scale too. I’m like, ‘Let’s just be healthy and eat as healthy as I can and not worry what the scale says.’”

Montag and Pratt, who eloped in 2008, were candid about the more challenging aspects of their fertility journey ahead of Ryker’s birth. In October 2021, the Princes of Malibu alum confessed that trying to expand their family put “stress” on their relationship.

“I can’t imagine [this bringing us] closer together,” he exclusively told Us at the time. “[It’s] definitely [added] stress. It’s the first time I feel like we’ve had a real … hardship. We’ve had so much drama and negativity [from] outside factors, and this is the first time that something is internalized in our relationship that is out of our hands.”

Despite their struggles, the pair couldn’t be happier with their growing family. “You will always be my baby… how time flies!” Montag captioned an Instagram carousel of adorable photos with her eldest child earlier this month. “Sweet angel Gunner is going to be the best big brother. Things are going to change, which can be hard but also fun and exciting. Maybe I won’t have as much time but our family love will increase. Feeling so emotional these last few days with G being an only child. 🥹.”

The Bestselling Serum That Significantly Cuts Down Hair Drying Time