PARIS — It has a sporty vibe, but Hermès International prefers to describe its new H08 men’s watch, as “all-terrain.”

This story first appeared in the April 7, 2021 issue of WWD. Subscribe Today.

With a distinctive cushion-shaped case in brushed titanium or graphene — a lightweight material made of carbon atoms — and a dark, round dial, the new pillar marks a shift from more classical styles the company has launched in the recent past. And it comes without leather straps.

Last month, Hermès generated a few headlines with its vegan leather Victoria bag, made from mushroom fiber. And now a watch without leather straps?

“You know, there’s a side to Hermès where we like to go where people don’t expect us because Hermès is a very well-known, historic house with certain products that are iconic, and from time to time, we like to go places we’re not expected to — while respecting quality,” de Seynes said. As an example, he cited the house’s wildly successful Bolide Shark bag, which featured a toothy shark face on the one side of the otherwise classic style.

The timepiece doesn’t measure sports activities, but it has a modern, sporty feel, which is also channeled by straps in rubber, titanium or a tightly woven webbing material. It was meant to fit in the universe of men’s fashion at Hermès, as designed by Véronique Nichanian, who is known for working the house’s elevated styles with a certain nonchalance. The designer holds a supervisory role over the realm of men’s products at the house. 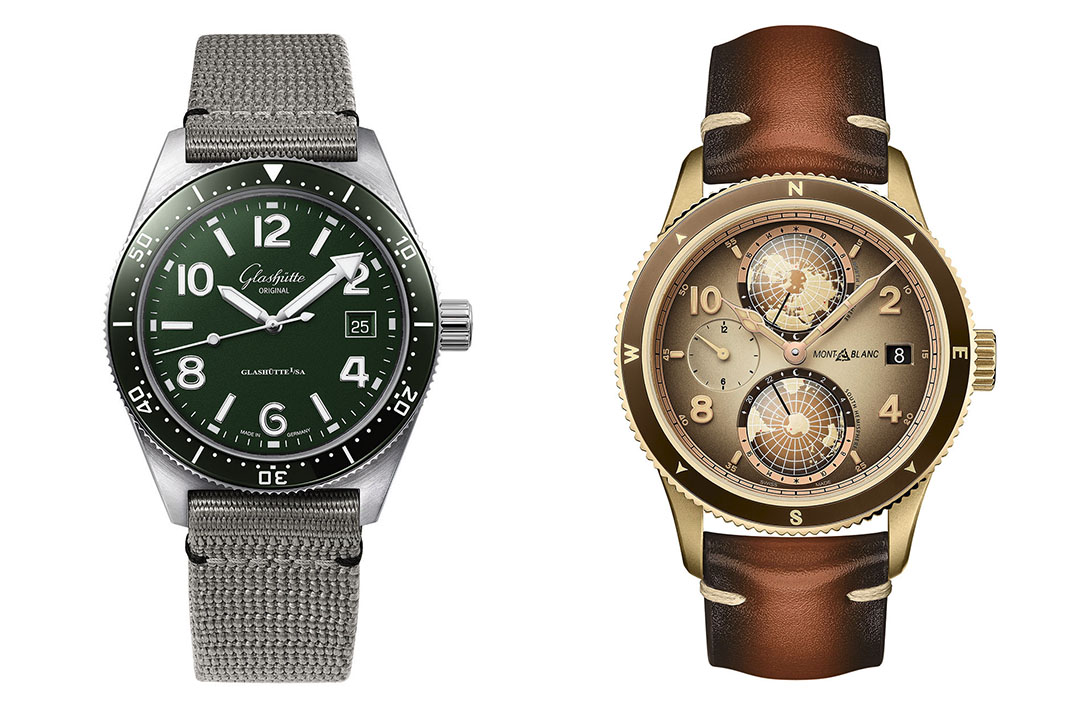 “She was very involved in the project,” remarked de Seynes.

The watch, which took a bit of extra time to launch given disruptions due to the coronavirus pandemic, will be available shortly after its launch, at the start of the Watches and Wonders fair.

“It has an assertive style, with very particular numbers — an Hermès signature,” he said, pointing out that the house’s watches have styles of numbers for each watch design. Here, the zero and the eight of the H08 model reflect the form of the case, a squared shape with curved edges — which explains the name of the model.

The company’s watches business rose by 28.4 percent in the fourth quarter last year to 68.2 million euros, outpacing the group’s overall growth, which was 15.6 percent — an excellent performance, lauded the company in its earnings release. The business has continued to grow at a faster pace than the group average, noted de Seynes.

Hermès has been selling watches under its label since 1928, but first set up a watchmaking division in 1978, in Bienne, Switzerland. It developed a number of women’s watches, in quartz since the ’60s, an object that, at a price starting around 2,000 euros, serves as an entry point for people to the brand, especially in markets like Japan, noted de Seynes. For the past 15 years, it has pushed into mechanical watchmaking, and masculine styles, an area that is “beginning to bear fruit,” remarked de Seynes, citing two models that have given the brand a boost in this area.

The house won the prestigious watchmaking prize in Geneva, the Grand Prix Horlogerie, for its Arceau Le Temps Suspendu timepiece in 2011, which has a push-button that stops the hands from moving without interrupting the watch’s operation. The Heure de la Lune watch, introduced in 2019, displays moon phases in both Northern and Southern hemispheres.

“It sells very well, with a certain masculine clientele that was less familiar with the brand,” said de Seynes, who noted the increased legitimacy has brought in new clients whose wives already shopped at the house.

Over the years, the company has acquired various fine watchmaking activities, taking a stake in Vaucher Manufacture in Fleurier, which makes movements. It purchased dial specialist Natéber, in La Chaux-de-fonds in 2012 and Joseph Erard, which makes cases, the following year, and in 2017 combined the two in Le Noirmont, under the name Les Ateliers d’Hermès Horloger.

The firm set up a workshop for leather straps in 2006.

For the launch of the H08 watch, which carries the in-house Hermès Manufacture H1837 movement, the brand will present it in the historical Bâtiment des Forces Motrices, a concert hall housed in a former hydraulic power station from the 19th century, situated on the Rhone River in Geneva. Artists Clément Vieille and Pierre Pauze will fill the space with a sculpture, 3D printed structures and kinetic art.

The watch comes in three versions — titanium, brushed titanium and graphene, an ultrathin material related to carbon. Prices range from around $5,500 to $9,000.