Grandmother, 85, gains a cult following on Facebook with cookery tutorials from her care home showing how to make pizza and cakes

A grandmother has gone viral on social media after sharing a series of home cooking tutorials from her care home.

Jean Roberts, 85, moved into Alveston Leys Bupa Care Home in Stratford-upon-Avon in August 2021, but that hasn’t stopped her sharing tutorials for making meals, including pizza, burgers, and cinnamon and iced pecan rolls, in a series of live streams since her carers discovered her love of cooking.

Facebook users have commented on her visible joy when cooking, while admitting that they are impressed with how each meal looks. 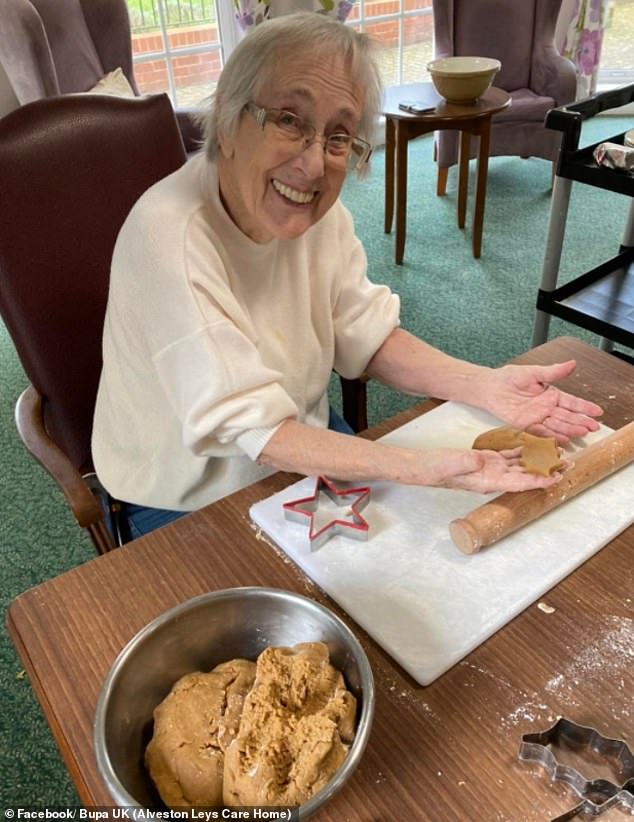 Jean Roberts, 85, (pictured), who lives in Alveston Leys Bupa Care Home in Stratford-upon-Avon, has been live streaming her home cooking recipes on Facebook 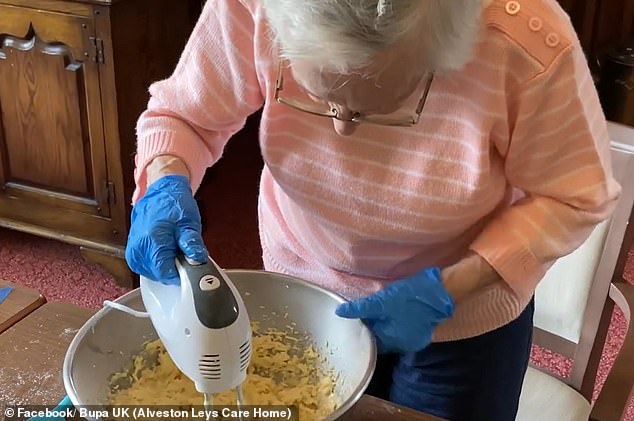 Jean, who claims cooking runs in her family, said she gets joy from turning fresh ingredients into a meal

Jean has always enjoyed cooking and said that it runs in her family because her son Andrew is also a ‘brilliant’ cook.

After adding butter, she placed the mix into cupcake cups and made the icing while they baked. Jean then decorated the cakes with the icing and topped them with Cadbury’s mini eggs.

The clip ended with Jean and a carer giving the cupcakes a thumbs up after taking a bite. 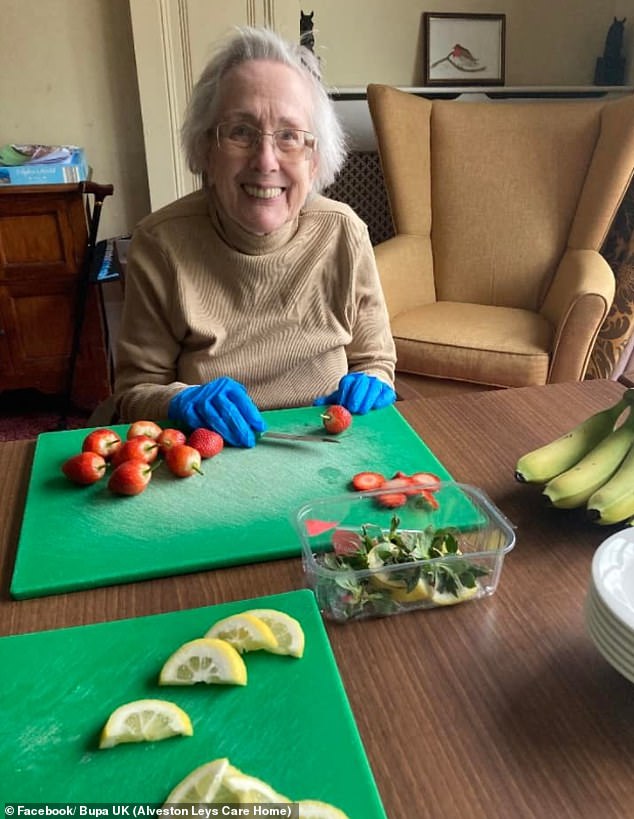 Phil Vickers of Bupa Care Home, said Jean has inspired other residents to get involved in cooking with her passion 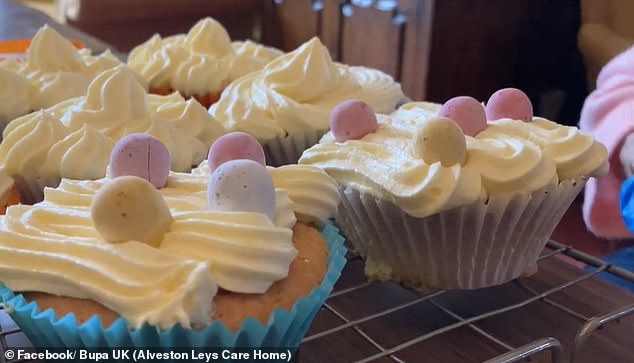 Phil Vickers who is senior activity coordinator at Alveston Leys Bupa Care Home, explained that Jean’s passion for cooking is obvious in any food-related activity that they host.

Phil said: ‘We always try to tailor our activities around every resident’s individuality, so we’re thrilled that Jean was keen to get stuck in and it has inspired her fellow residents to get involved in cooking.

‘I’m looking forward to seeing what else Jean has to teach us and tasting more of her delicious food.’ 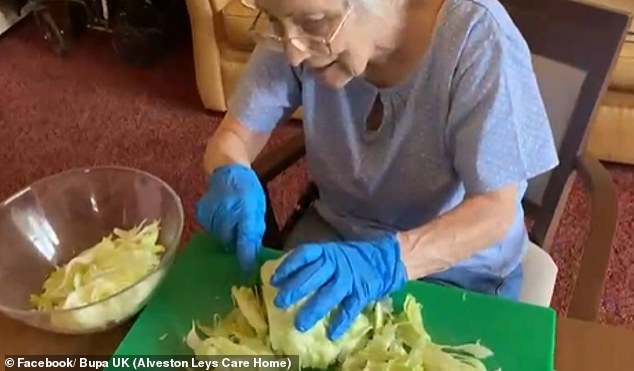 Jean has revealed that will share Singaporean dishes in her upcoming videos. Pictured: Jean preparing to make a pizza

Jean, who plans to share Singaporean dishes in upcoming videos, has gained loyal viewers of her tutorials.

Commenting on her first tutorial, Jean’s daughter Joanna Palmer wrote: ‘Move over Jamie, it’s ‘Jean Oliver’! It’s lovely to see you cooking. You always loved being in the kitchen.’

Another person said:  ‘You look at home there cooking. You always made delicious meals.’

‘They look delicious,’ a third commented.

A stream of commenters on Jean’s videos have praised her cooking skills, with those who know her personally saying that she has always loved cooking

Footage of the first kit born on Exmoor for 400 years. Welcome to the world, baby beaver!