A home for mind-breakers, trend-setters, razor-walkers, loose-wires, truth-talkers, trailblazers and envelope-pushers, Fantastic Film Festival Australia heads to Lido Cinemas, Hawthorn, from Thursday, February 20. We have 20 doubles (worth $860 in total) to catch a screening from the showcase of genre and alternative cinema from around the globe that includes Australian sci-fi metal-musical Sons of Steel (1986), the new unholy horror film Saint Maud plus heaps more. Entries received on [email protected] by midnight tonight will register to win (fantasticfilmfestival.com.au). 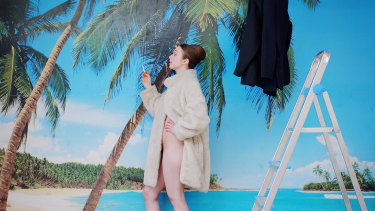 With an international cast of 47 new artists from 17 countries plus a collection of otherworldly characters including world-class gymnasts, acrobats, contortionists, hand-puppeteers, yo-yo wizards, clowns and musicians, Cirque du Soleil brings its newest creation – Kurios – Cabinet of Curiosities to under the Big Top at Flemington Racecourse from Thursday, March 12. For your chance to score one of five double passes (worth $320 each) to join Kurios and its steampunk upside-down world for their preview performance at 8pm on Wednesday, March 11, send your details to [email protected] before midnight tonight (cirquedusoleil.com/kurios). 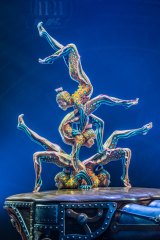 Twice winner of the Victorian Premier's Literary Award for Drama, renowned playwright Daniel Keene returns to fortyfivedownstairs with the Australian premiere of The Curtain from February 26. A humorous examination of ageing, vulnerability and prickly friendship in a country town lodging house, The Curtain follows two old fellows, Leon and Francis, who, after arriving home late one night are greeted by their landlady with some disturbing news that will change their lives forever. Since 2000, over 80 productions of Keene's work have been presented in Europe, mostly in France with the playwright appointed to the rank of Chevalier de l'Ordre des Arts et des Lettres by the French Ministry of Culture for his contribution to French Culture. We have three doubles to the 5pm show on Sunday, March 1. Entries received on [email protected] before midnight tonight have the chance to win. 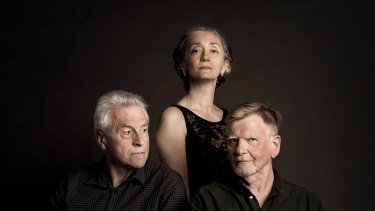 The Curtain by Daniel Keene at 45downstairs.Credit:

Here’s The Truth About Big Love: You’ve Gotta Manifest It For Yourself

Hurting after the Raptors’ Game 5 loss? Here’s how to cope

Bachelor in Paradise's Katie, Chris Confirm They're Still Together