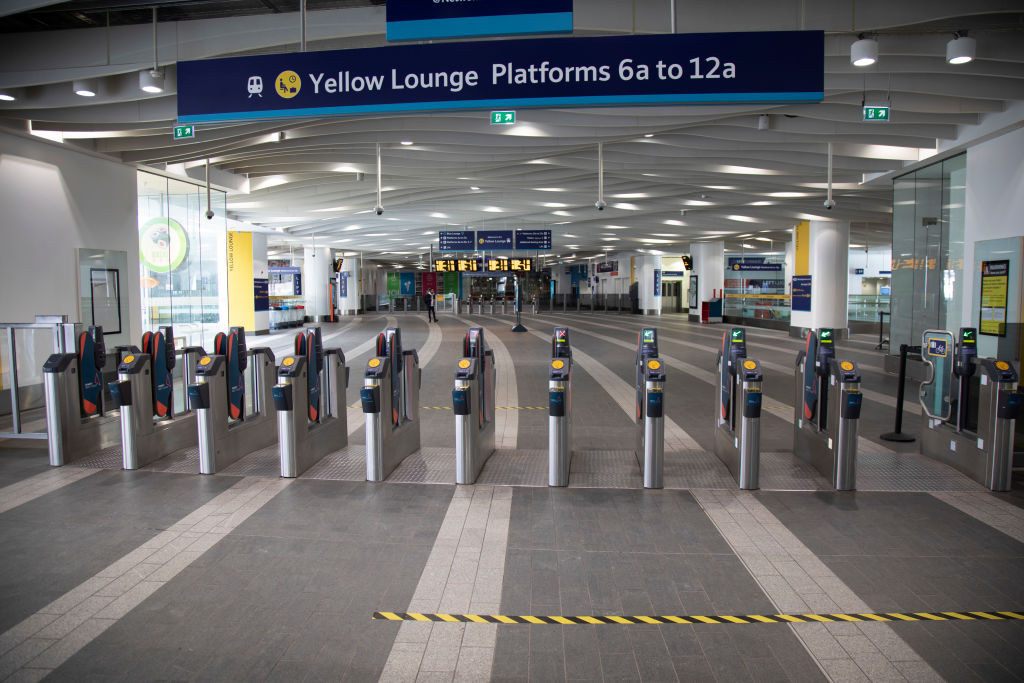 Please remember to collect all your belongings before you get off the train.

And perhaps take a look around to check someone else hasn’t left something behind.

That was the case for a five-week-old kitten, who was found on a long-distance train at Birmingham New Street station on Tuesday night.

It’s not clear whether the tiny cat was left behind on the train or snuck aboard after being abandoned.

But thankfully he was found, and station staff cared for the kitten throughout the night.

The next day, they took him to a vet for a checkup, which confirmed that despite being extremely frightened by the journey, the kitten was in good health.

Network Rail bosses revealed they would be contacting the Cats Protection charity so he can now be rehomed.

Jess McLoughlin-Carroll, shift station manager, said: ‘We have no idea how this kitten came to be on the train, but because of its size we think it’s very unlikely it made it aboard on its own.

‘An animal so small wouldn’t have survived long alone, especially in the dangerous environment of the railway.

‘He’s very young to have used up one of its nine lives already, but fortunately we got to him in time and he’s now receiving the care he needs until we can find him his fur-ever home.’

Birmingham New Street posted images of the kitten on Twitter in a bid to reunite him with his owner and were inundated with offers to adopt him – but we’ll need to wait for Cats Protection to formally start the rehoming process.

The station later tweeted: ‘We’ve had an update from the vet – the tiny kitty is a five-week-old male.

‘Please take EVERYTHING with you when you get off the train – we can’t be a railway rescue centre!’

Your Aries Monthly Horoscope for September