The Reserve Bank has warned both climate change and lowering emissions pose considerable risk to financial stability, while regulators assessing the threat have been delayed by the nation's worst recession since World War II.

The central bank laid out a list of concerns about the future resilience of the global economy in a Financial Stability Report released on Friday morning, describing climate change as an "ongoing challenge for the financial system". 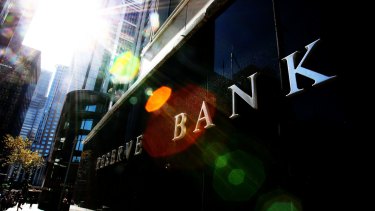 The RBA has warned about considerable risks from climate change.Credit:Peter Braig

"Climate change is exposing financial institutions, and the financial system more broadly, to risks that will rise over time and, if not addressed, could become considerable," the report said. "These risks for financial stability may arise from both the physical and transition risks of climate change."

The report said the financial system was generally resilient, but there were pre-existing risks including several common to institutions across the world such as cyber risks from criminal and state-sponsored groups and long-term risks from climate change.

"Addressing these [climate change risks] early will help to both mitigate the transition risks and reduce the scale of the challenge that physical risk poses to financial stability in future."

Some of the work to address the financial risks of climate change had been delayed due to the coronavirus pandemic and its economic fallout, including assessment of risk vulnerability by the Australian Prudential Regulation Authority, but the RBA said this would be a "key focus in the period ahead".

APRA's assessment requires major banks, superannuation funds, insurers and other financial institutions to estimate the physical impact of a changing climate on their balance sheet and the risks of a global move towards lower carbon emissions.

Financial institutions with high exposure to industries like power and mining are expected to have higher transition risk as the economy moves to lower carbon, there are also risks involved in new technologies displacing emissions-intensive practices and consumers picking greener products. The RBA warned in 2019 that if transition changes occur too abruptly this could leave some firms facing large losses and "broader dislocation in financial markets".

APRA executive board member Geoff Summerhayes said in February in a letter to all regulated entities the watchdog would provide better clarity on regulatory expectations around climate-related risks, which he said extended to all sectors of the economy.

"Those effects are being transmitted directly as well as indirectly, through changing policies, technological developments, investment and consumer preferences. They pose financial risks, as well as provide new business opportunities, to all APRA-regulated entities," Mr Summerhayes said. A 2018 APRA climate change survey found while many larger businesses understood the financial risks and opportunities there was an industry-wide deficit of data able to quantify the liability risks of climate change.

The RBA is part of the Network for Greening the Financial System, which in June published a set of climate scenarios to help with risk assessment. The research found climate change could "obscure the assessment of correct monetary policy settings".

The RBA's report notes the NGFS recommended "central banks strengthen their analytical tool kits and enhance their communication strategies to help accustom households, firms, governments and financial market participants to the risks of climate change for the economy and the financial system".

Major industry superannuation fund HESTA chief executive Debby Blakey wrote to Australia’s top 200 listed companies in September pressuring them to commit to lowering carbon emissions in line with the Paris Agreement for net zero by 2050. Ms Blakey said that as a long-term investor the fund has "an absolute responsibility to take into account these issues".

However, Assistant Minister for Superannuation, Financial Services and Financial Technology Jane Hume has been critical of funds for forgetting "their job isn't to rebuild the economy or create jobs or reframe the climate debate or require industrial relations changes at companies they invest in".

RBA governor Philip Lowe warned in February climate change would have a "profound" impact on the economy, leaving businesses with stranded assets, and encouraged the government to protect the country from a warming environment.

Your Sex Horoscope for the Weekend

A Ridge too far: the many lives and loves of Ronn Moss