And just when you thought things couldn’t get more complicated, we now have two outfits brawling over the right to use the name Family First on the ballot come November. The row is already heading to the courts and it’s not even August. 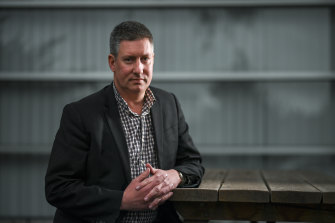 The original Family First, fronted in Victoria by former Liberal hopeful Peter Bain, is in a legal battle over the right to use the name at the upcoming state election.Credit:Eddie Jim

Family First, originally formed back in 2002 and which managed to get a senator – Steve Fielding – elected in 2004 with just 2 per cent of first preference votes, was officially deregistered when it merged with Cory Bernardi’s Australian Conservatives in 2017, but applied this month to re-register as Family First Victoria with the Victorian Electoral Commission.

But there’s a problem: anti-lockdown, anti-vaccine activist – yes, another one – Lisa Maree Bentley had already applied to the commission in March to register her group Family First Victoria and told online outlet 6 News that she had first dibs on the name.

The VEC says it’s simple: the first party to show the commission that it has 500 members and that it complies with all other requirements, gets to use the name.

The original Family First, fronted in Victoria by former Liberal hopeful Peter Bain, says it’s not that simple and it is taking Federal Court action to assert its rights over the moniker.

Not the best start to an election campaign, but maybe a little controversy might help the parties stand out from the crowd because we’ve now got the Victorian Freedom Party, the Victorians’ Party, Clive Palmer’s United Australia Party and two Family Firsts all electioneering for “freedom”.

Looks like freedom-loving Victorians will be spoilt for choice come polling day.

Millions of easyjet customers could be owed up to £2,000 compensation – how to claim