Home » Lifestyle » ‘Everyone wants it to keep going’: comedy home may close over financial woes

Giant Dwarf, one of Sydney’s most celebrated comedy venues, may be forced to close its doors unless it can raise $100,000 by next year.

The 300-seat theatre, which was founded in 2014 by the Chaser team, has made thousands of people laugh over the years, but it’s come at a financial loss, says co-founder Nikita Agzarian.

With the renewal of the theatre’s lease looming in March 2020, it’s time for the company to decide what to do. 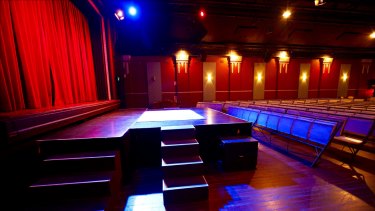 Giant Dwarf theatre may have to close its doors over financial woes.

“Everyone wants it to keep going,” Agzarian said. “Running a theatre that is accessible to both performers and audiences costs a lot of money.”

“Running a venue like this in one of the most expensive cities in the world, with a dying nightlife is really hard”.

In addition, the rising cost of rent and electricity, smaller audiences and the need for more staff has left the company contemplating a final curtain call.

Determined not to go down without a fight, Giant Dwarf is hosting a sold-out birthday event on Friday night in the hopes of raising the $100,000 needed to stay open.

"Giant Dwarf Theatre is something Nikita and I are very proud of founding and we're proud of the fact it's been what our accountants describe as a ‘creative success’," co-founder Julian Morrow said. "Oh dear, that sentence sounds like Kevin Rudd after the Gillard spill, which can't be a good sign." 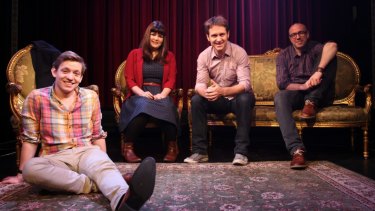 Although the night has an underlying “dire message”, Agzarian said it would still be a celebration.

"It's ultimately highlighting the best of what we have done in the last five years and why we should keep doing it," she said.

The company is exploring other options, but it’s unlikely they’d open up another theatre because “it's so much work to start it all from scratch” and she doesn't have the “energy to do that again”.

Since 2014, it’s been important to the company’s founders to provide entertainment at an affordable cost. Although the company toyed with raising the prices of tickets, “we don’t want to just be catering to the top end of town”.

In an email to members in May, Giant Dwarf said: “we’re proud of what’s happened here over the last 5 years and we really want to keep it going for another 50”.

The venue became the home to long-running comedy night like the popular Story Club, as well as a space for more niche events like Burlesque and pole dancing competitions.

It also serves as a music venue with various artists playing the intimate space over the years. Kasey Chambers will take her The Captain 20th Anniversary Tour there in October.

While the 5th Birthday fundraising party is sold out, fans of the venue can make contributions to the fund to keep the doors open via the Giant Dwarf website.

Taylor Swift to release “evermore,” her second surprise album of 2020