STRUGGLING Victoria Sugden will finally open up to her former mum-in-law Moira Barton in Emmerdale tonight when she reveals she was raped on a night out.

The night in question is the now infamous Big Night Out episode which saw some of the villagers, including Victoria, head off to Hotten to a club. 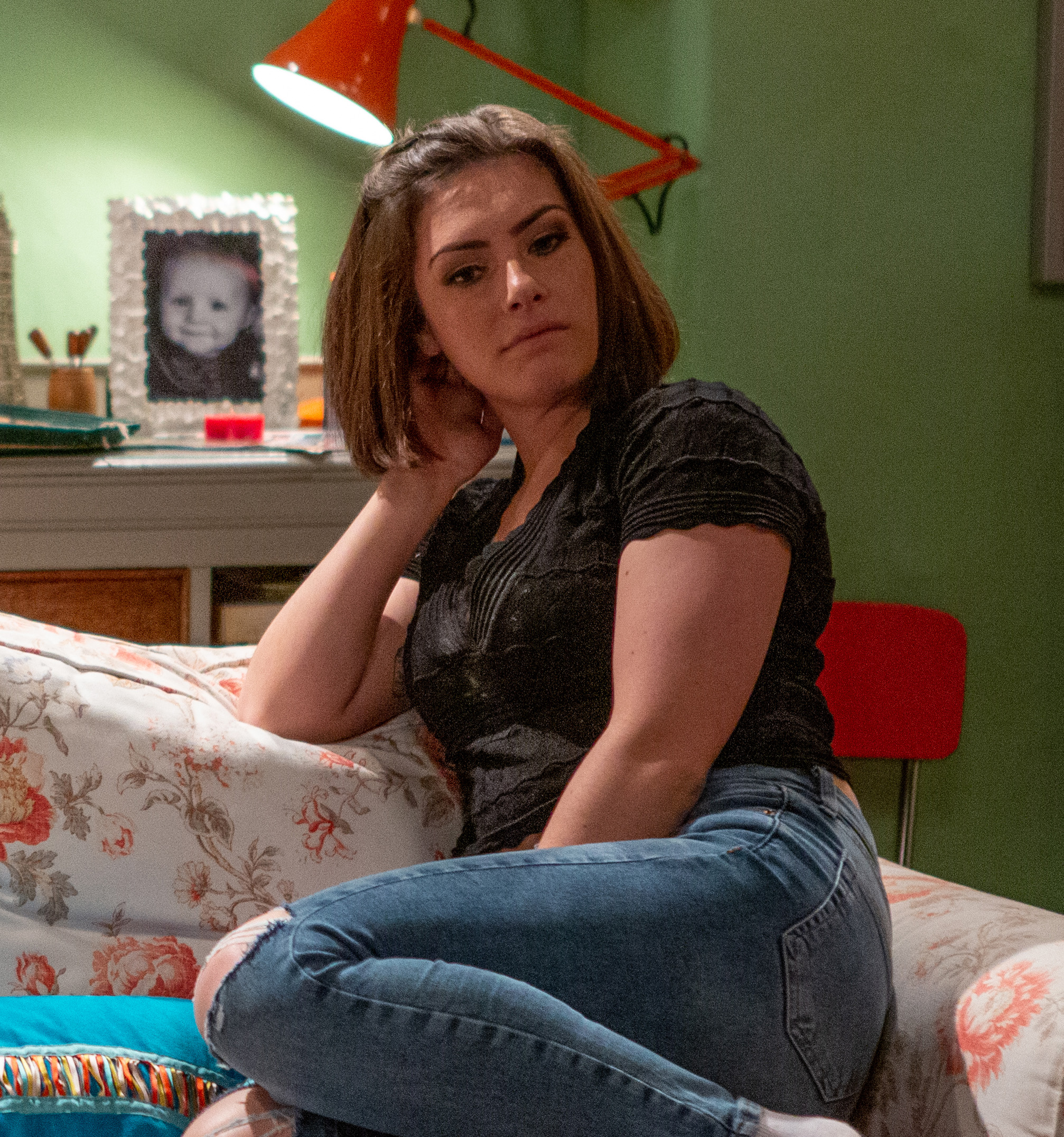 We’ve already seen how Ellis Chapman got stabbed and that paedophile Maya Stepney has been secretly holed up with Jacob while Leyla Harding think she killed her.

And last night Emmerdale fans got a glimpse of the horror Victoria – who’s played by Isabel Hodgins in the ITV soap – was subjected to when she came face to face with her rapist in her own home.

The Woolpack chef was seen taking off her eyelashes after getting home and turning round to see someone had come into her bedroom.

She asked: “what are you doing here?” suggesting that whoever was at her door wasn’t a total stranger to her.

So how did Victoria end up in such a terrifying situation? And who was the man in her house?

The Sun revealed that Victoria would be raped in a shocking storyline earlier this year. It was reported that the character would be the victim of a horrific sexual attack..

A TV source said: “They’ve got a gritty storyline around a big night out where loads of the ladies go clubbing.
“Paedo Maya will finally be outed. But the bombshell is Victoria will get raped in a horror twist that will send her down a dark path.”

Since the fateful night, a terrified Victoria has been seen holed up in her flat, refusing to see anyone.

She finally tells Moira the truth, but will be seen hitting rock bottom in upcoming episodes.

Fans of the soap have predicted that Victoria will fall pregnant following the rape – and will give the baby to Robert and his husband Aaron Dingle.

One viewer theorised: “my theory on what happens after the “night out” story: Victoria gets pregnant and lets Aaron and Robert raise the baby.”
Robert and Aaron were left devastated recently when a potential surrogate shot their baby dream down when she discovered Aaron and his sister Liv Flaherty’s criminal pasts.

And Robert will pull the plug on their plans for a family when he decides he needs to be there for his sister after news of her rape reaches him.

Meghan Markle 'is no stranger at reinventing herself'