Law enforcement sources told TMZ early Wednesday that they received a phone call on July 30 reporting a suicidal person at her home in Michigan. Upon arriving at the scene, Scott was allegedly so combative with officers she had to be restrained.

Scott, 46, allegedly cut herself as she had small lacerations on her legs and a fair amount of blood had spilled onto the floor. Authorities reportedly rushed her to the hospital for medical and psychological evaluation, but she has since returned home to recover.

Page Six has reached out to the Macomb Sheriff’s Department for comment.

The alleged incident occurred just one week after Scott’s mother, Kathleen Sluck, died on July 23 at the age of 65, according to her obituary. A funeral for Sluck took place at Lee-Ellena Funeral Home on July 29.

Kim’s sister, Dawn Scott, died in 2016 of a suspected heroin overdose at age 41.

“Dawn was my sweet, beautiful sister who lost her way,” she wrote in an online condolence book. “I kept a light lit for her hoping she’d find her way back to me. I miss her and love her more than anything I could ever say. I wish she was here so I could hug her and tell her I love her.” 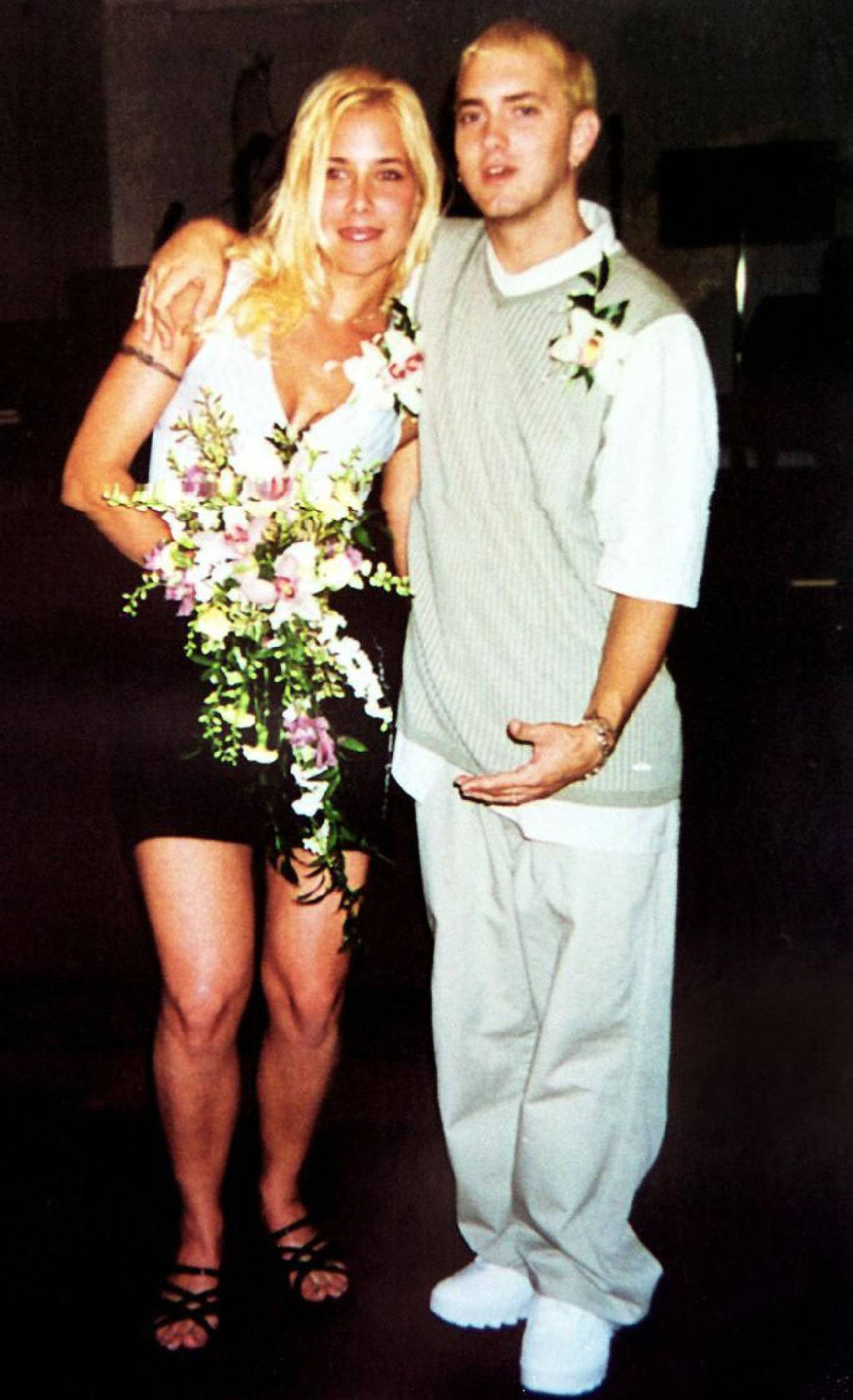 “Half of me is gone and I will never feel whole again,” she continued. “She made me laugh and kept me on my toes. She was the best sister and friend in the world and I will miss her until we are together again.”

Eminem, whose real name is Marshall Mathers, and Kim married in 1999, divorced in 2001 and briefly remarried for a few months in 2006. They have a daughter together, Hailie.