Saying ‘I do’ is meant to be one of the happiest moments of our lives – however, as these confessions prove, some marriages can have an unexpectedly bleak ending.

Divorcees from around the world took to anonymous confessions app Whisper to share how their relationship crumbled.

Shockingly, many contributors to the thread told how they had experienced abuse from their partner and even had to watch as their child was affected.

One woman divorced her husband, who is now in prison for life, after he molested their daughter and got into the routine of cheating on her with prostitutes.

Another told how her husband vented unleashed a furious tirade at her after she got an abortion, despite their initial decision not to have children. 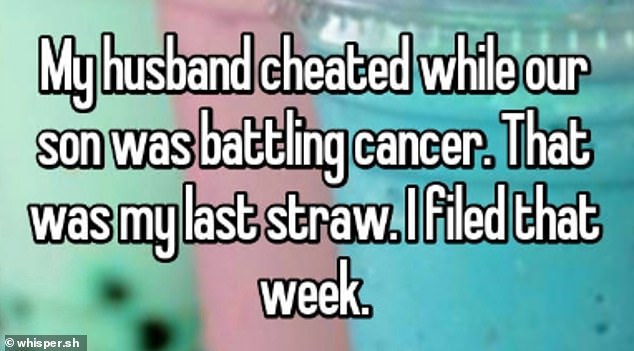 People from around the world have shared what caused their marriage to crumble, including this woman who discovered her husband was having an affair while their son was battling cancer 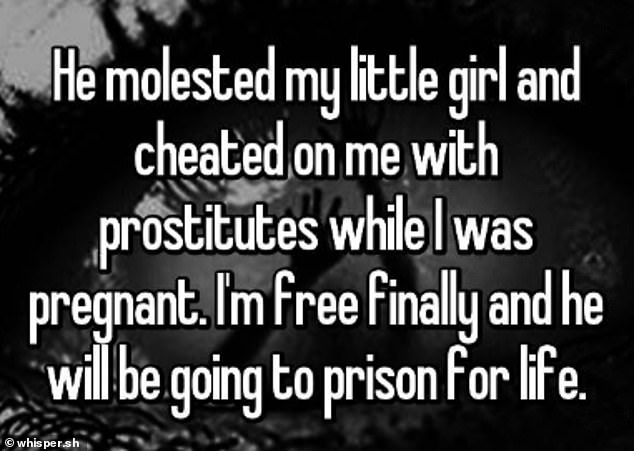 One person was left heartbroken after discovering that their partner had married them specifically for their money and had already spent over $250,000 (£197,725) of it 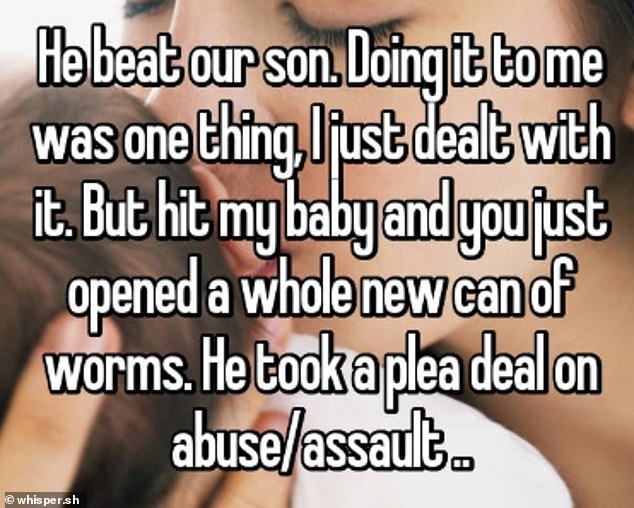 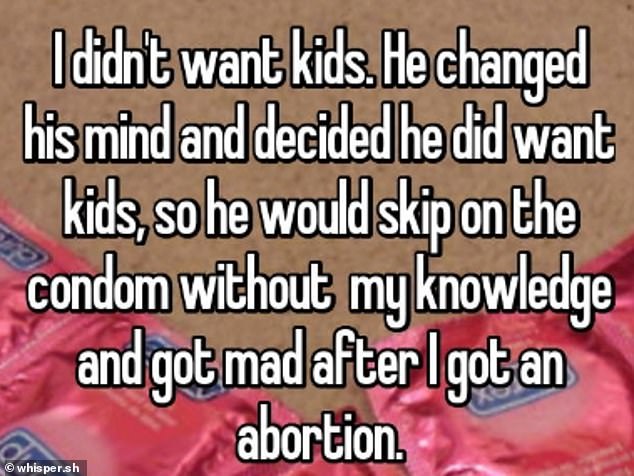 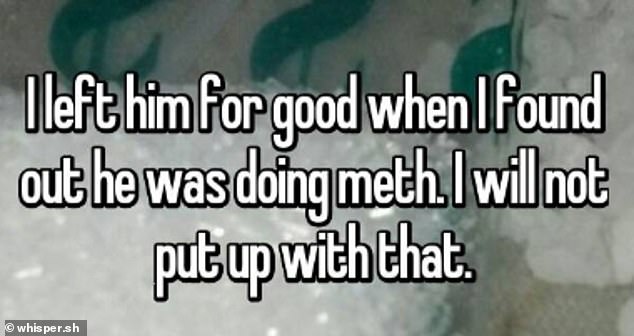 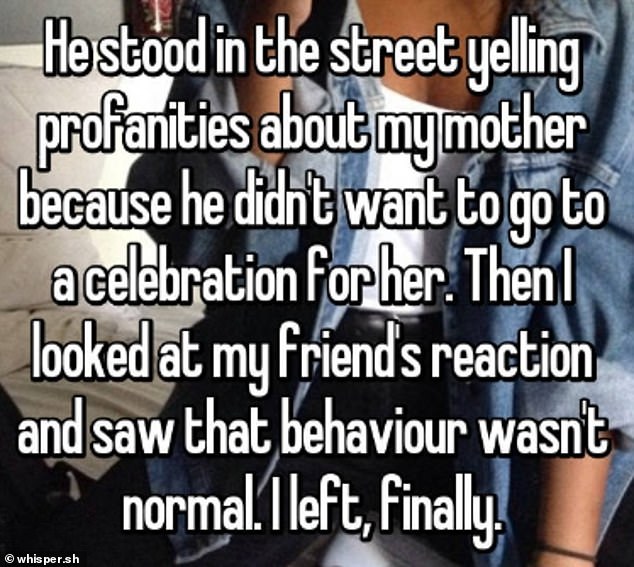 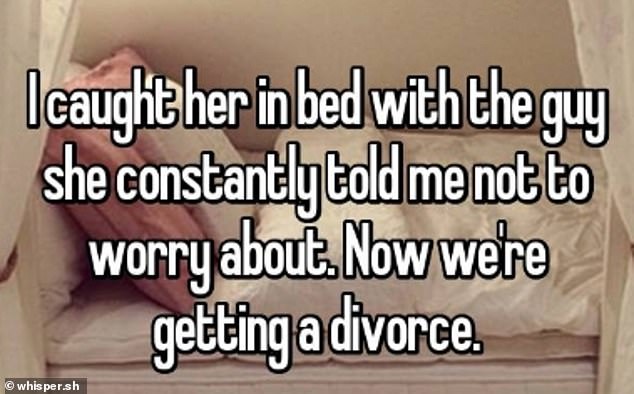 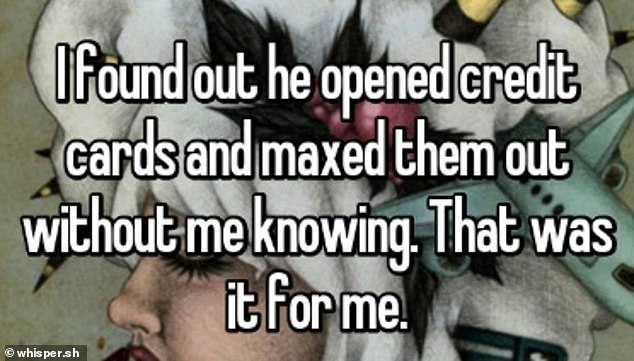 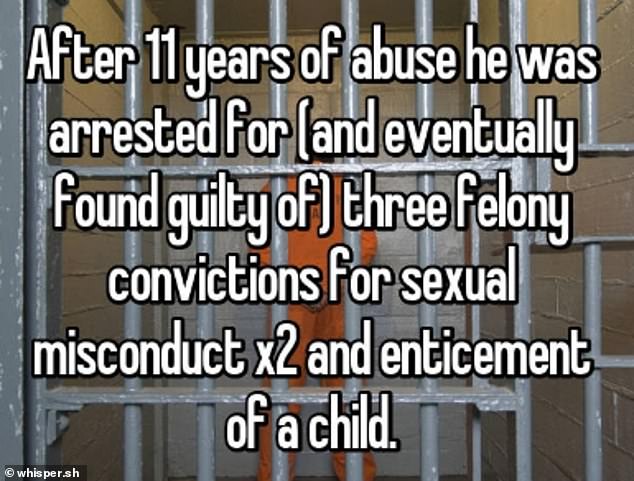 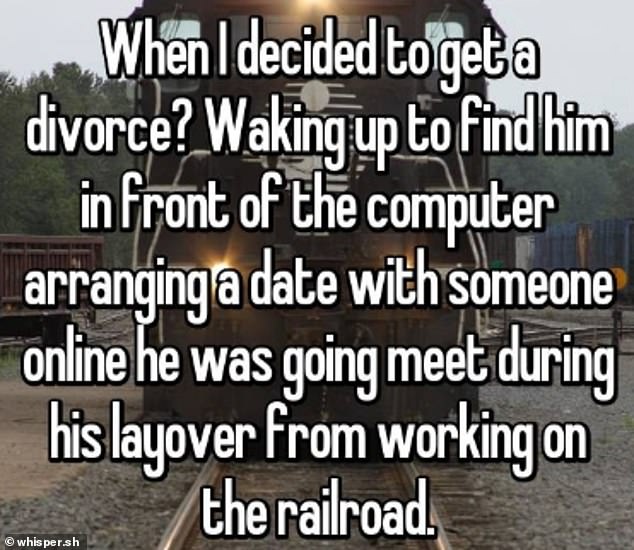