The skills shortage list for migrants would be ditched and businesses given the right to bring workers from overseas at higher wages under a proposal the Productivity Commission believes would deliver long-term benefits to the economy.

In a report released on Friday, the commission found the skilled migration system might be holding back the economy by denying businesses and the community highly skilled and well-paid foreign staff. 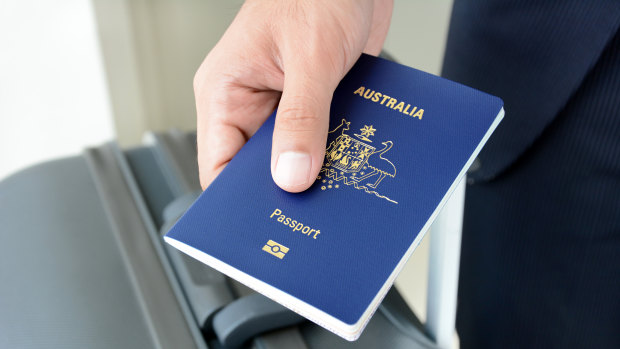 Restrictions on types of skilled migrants would ease under a proposal being examined by the Productivity Commission.Credit:iStock

As part of a five-yearly review of the economy, the commission is focusing on innovation, digital technology, the business environment and the standard of the workforce, looking at ways that each can lift economic growth.

At last month’s jobs and skills summit, the federal government announced it would increase the skilled migrant intake by 35,000, taking the total permanent migrant intake to 195,000 people this year, after businesses around the country raised concerns about the shortage of workers in key sectors.

In an interim examination of the labour force, the commission found the right reforms around skilled migration and industrial relations could provide “broad and enduring gains”.

One area of concern is the skills shortage list used to determine which migrants can be brought into the country to fill jobs.

Some occupations have been on the list for a decade, while the commission found the use of specific jobs made it difficult to switch people into slightly different positions even if they required similar skills.

Commissioner Lisa Gropp said it could be unnecessarily difficult for skilled migrants to have their qualifications recognised, while people wanting to shift states often had to apply for a new occupational licence.

She said getting skilled migration right could boost national productivity.

“The composition of Australia’s skilled migration intake is a key determinant of productivity growth. Employers should have greater capacity to directly employ migrants with high-level skills,” she said.

The commission found the skills list was slow to update, often dominated by demands from a handful of large businesses, and could exclude emerging occupations that might be relevant to new industries or firms.

It said if the occupation list was abolished, workers would no longer be forced to work in a specific occupation.

“Overall, lists of occupational skill shortage tend to be broad, static, costly and restrictive,” it found.

“Shifting Australia’s skilled migration system away from one that relies heavily on restrictive skill shortage lists and towards a system that better enables employer-sponsored skilled migration could better support productivity growth.”

One option would be to introduce a high wage threshold for skilled migrants. Under current rules, employers must pay temporary migrants at least $53,900 a year. The pay rate has not changed since 2013.

The commission said a first step could be to ditch skills lists for temporary migrants above a “suitable” threshold income and make it easier for business-sponsored migrants to move to similar or better-paying jobs.

It said the very definition of skills shortages was problematic, noting even the National Skills Commission described the situation as one where an employer could not find a worker at existing pay and conditions. This undermined the concept of a properly working labour market where employers needed to offer better pay and conditions to woo prospective staff.

“Reliance on ‘skill shortages’ as a means of rationing migration entails the risk that employers (either individually or at the industry level) can claim shortage rather than adjusting wages,” it said.

But the commission cautioned that direct employer sponsorship of migrants could have unintended consequences, including “risks of illegality and exploitation”, saying it was likely more enforcement of existing labour laws would be required.

Sophie Turner Returns From Las Vegas With a Wedding Accessory