A COUPLE have completely transformed their dated home into a sleek and modern abode using second-hand items.

Elizabeth Young, 50, and husband Gary, 46, managed to save themselves a massive £10,000 when renovating their home. 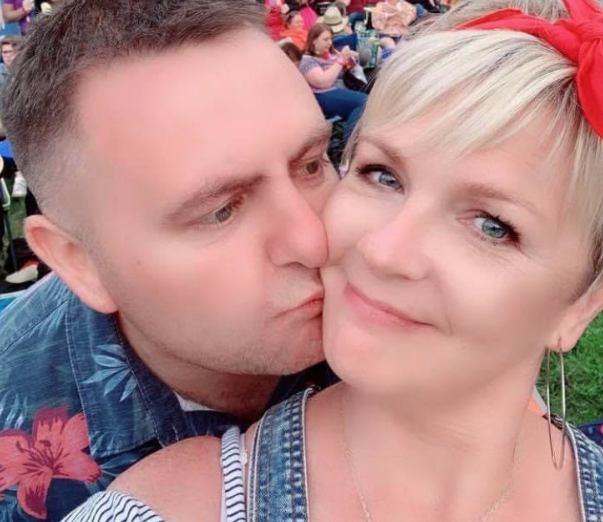 The couple live in a three-bedroom council house in Jedburgh, Scotland.

After moving into the property – their first home together – in the first week of lockdown last year, it was in dire need of renovations.

But instead of splashing out an estimated £20,000 on rebuilding their dream home with professional help, the couple decided to do it themselves – saving £10,000.

The savvy couple started renovations back in March 2020 and have changed every single room beyond recognition. 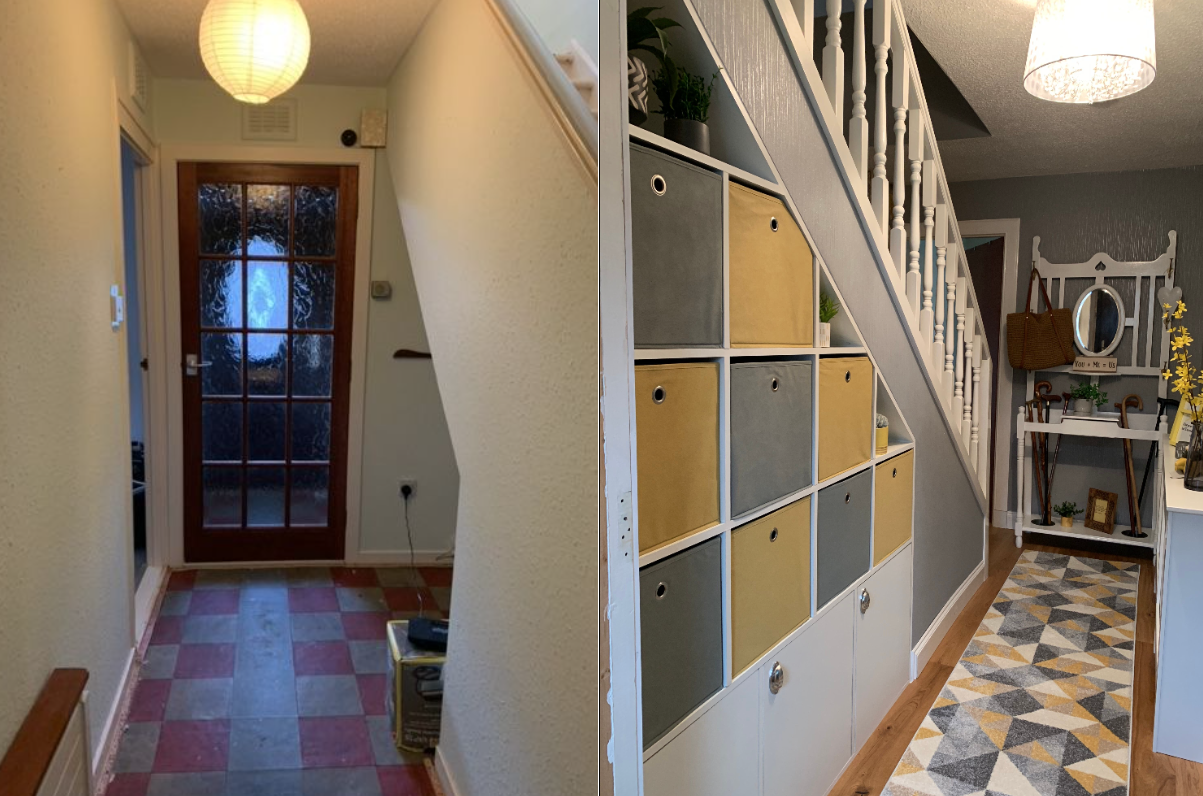 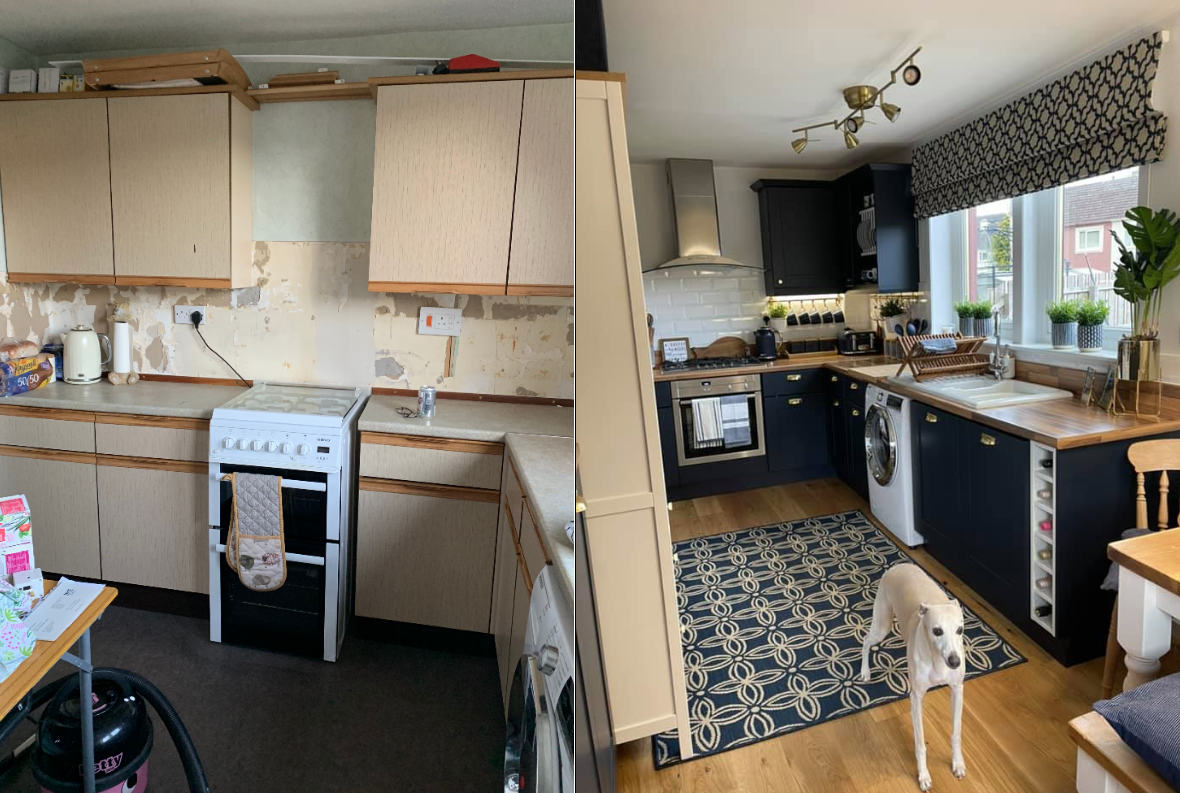 Elizabeth told Jam Press that an elderly couple had lived in the property before them and every room needed updating when they moved in.

She said: “We didn’t have a lot of money so we decided to try and do everything ourselves using second-hand furniture.”

The couple started with the bedroom, stripping the walls and plastering them, before glossing the skirting board and doors.

They then wallpapered the entire room and bought a second-hand desk for just £20 from Facebook Marketplace – which they then sanded and painted.

They stayed in their spare bedroom while the work was being carried out and once it was completed, moved on to decorating their hallway.

Elizabeth said: "The hallway was dark with wood chips on the walls and the stairs weren't opened up, so my husband ripped them all open and bought spindles from eBay so it would be lighter.

“We then stripped the walls, plastered them, and glossed them before wallpapering and building cupboards under the stairs.” 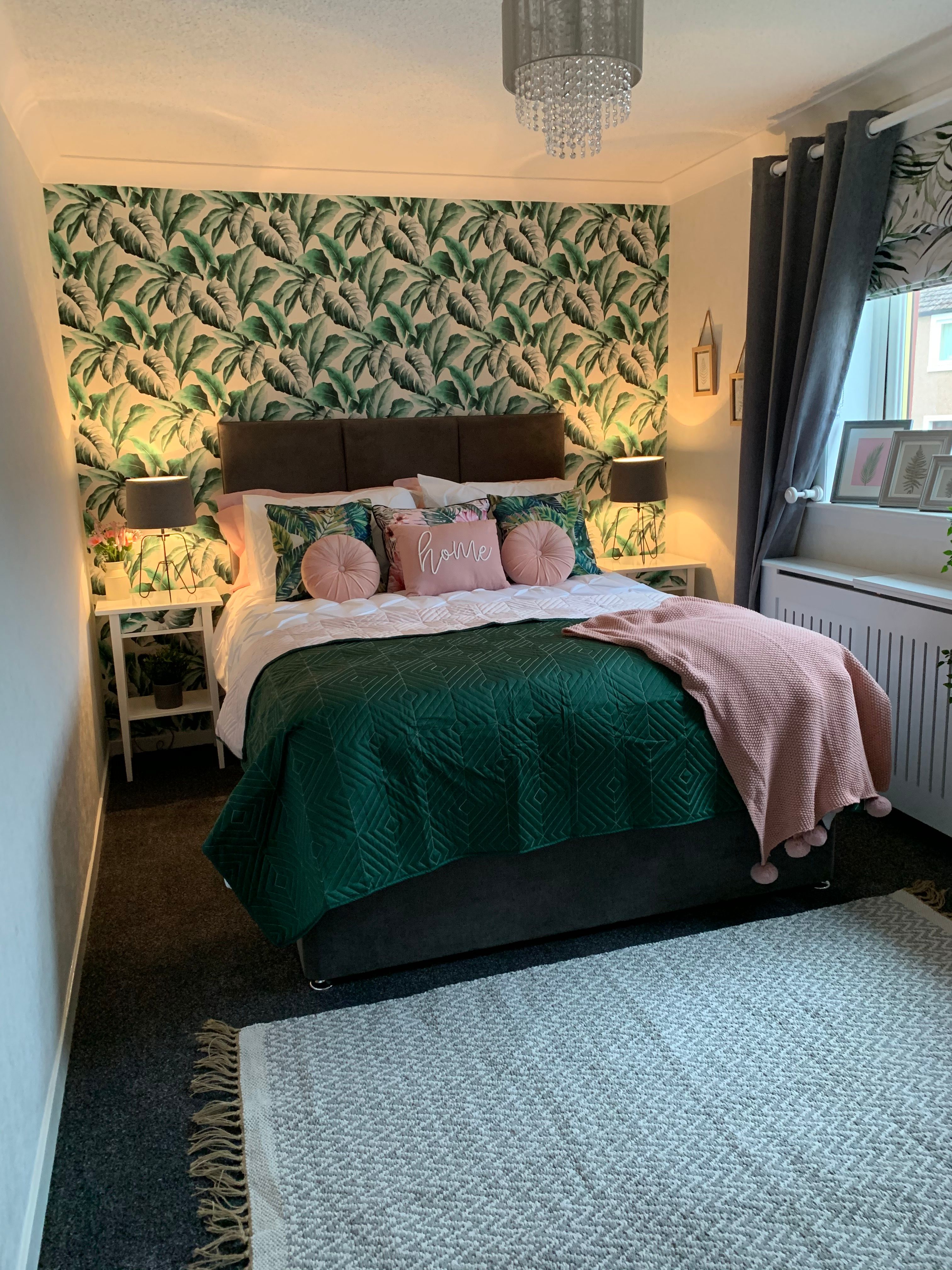 Next, they moved onto the dressing room, stripping the woodchip walls and replacing these with elephant wallpaper.

Elizabeth also bought a second-hand dressing table from Gumtree and a sofa bed from Facebook Marketplace – finally adding the finishing touches to the room with lights and a mirror from IKEA.

The couple then set to work on their living room, stripping down the walls, plastering them and wallpapering these before furnishing the room with more second-hand goods found online.

They also kitted the rooms out with some upcycled pieces.

Elizabeth said: "The furniture in the living room before was all a horrible orange pine so I upcycled the second-hand furniture by painting them.

“We also used what money we had leftover for a log burner as my husband had always wanted one, so we had to get that installed.” 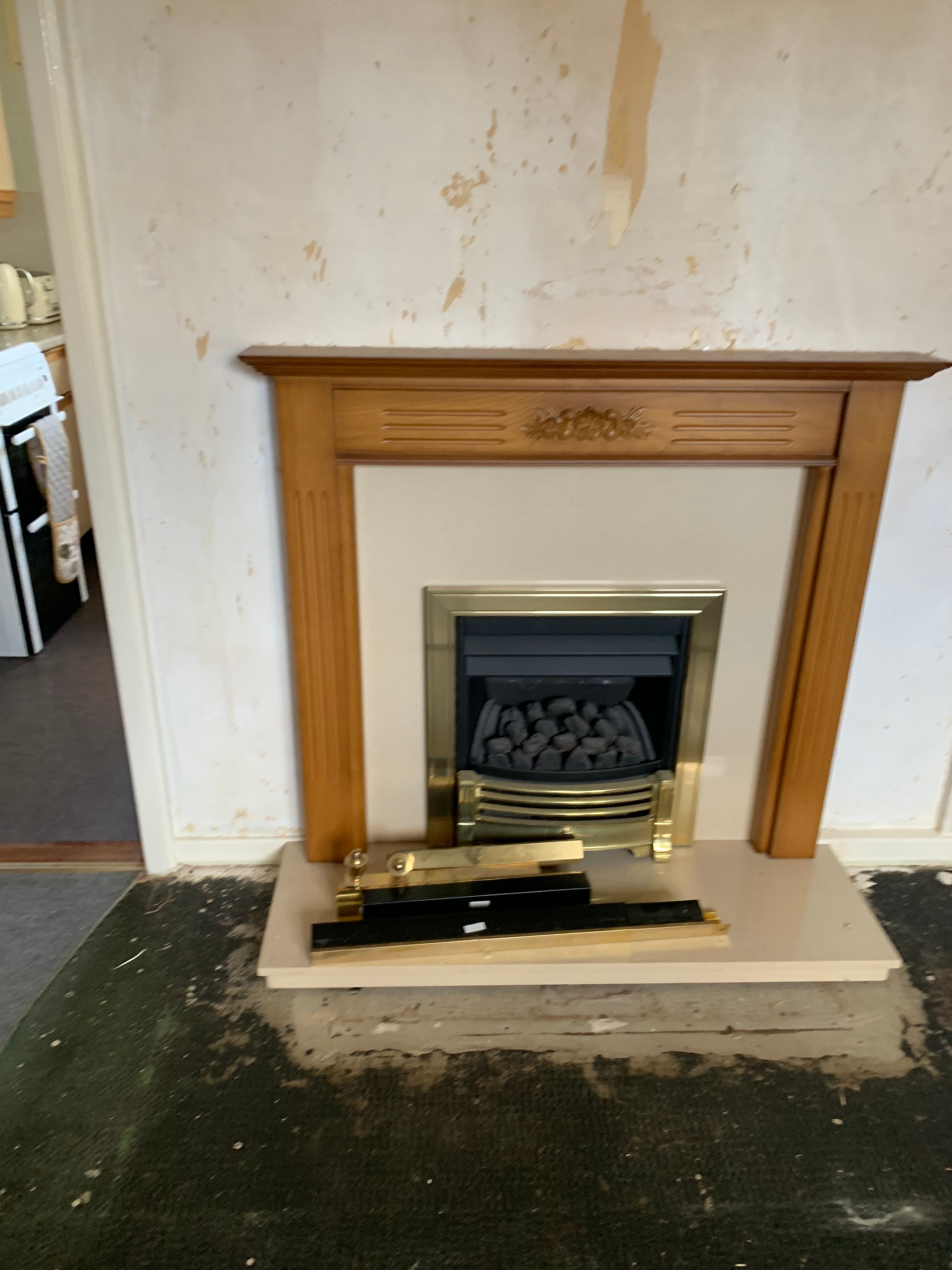 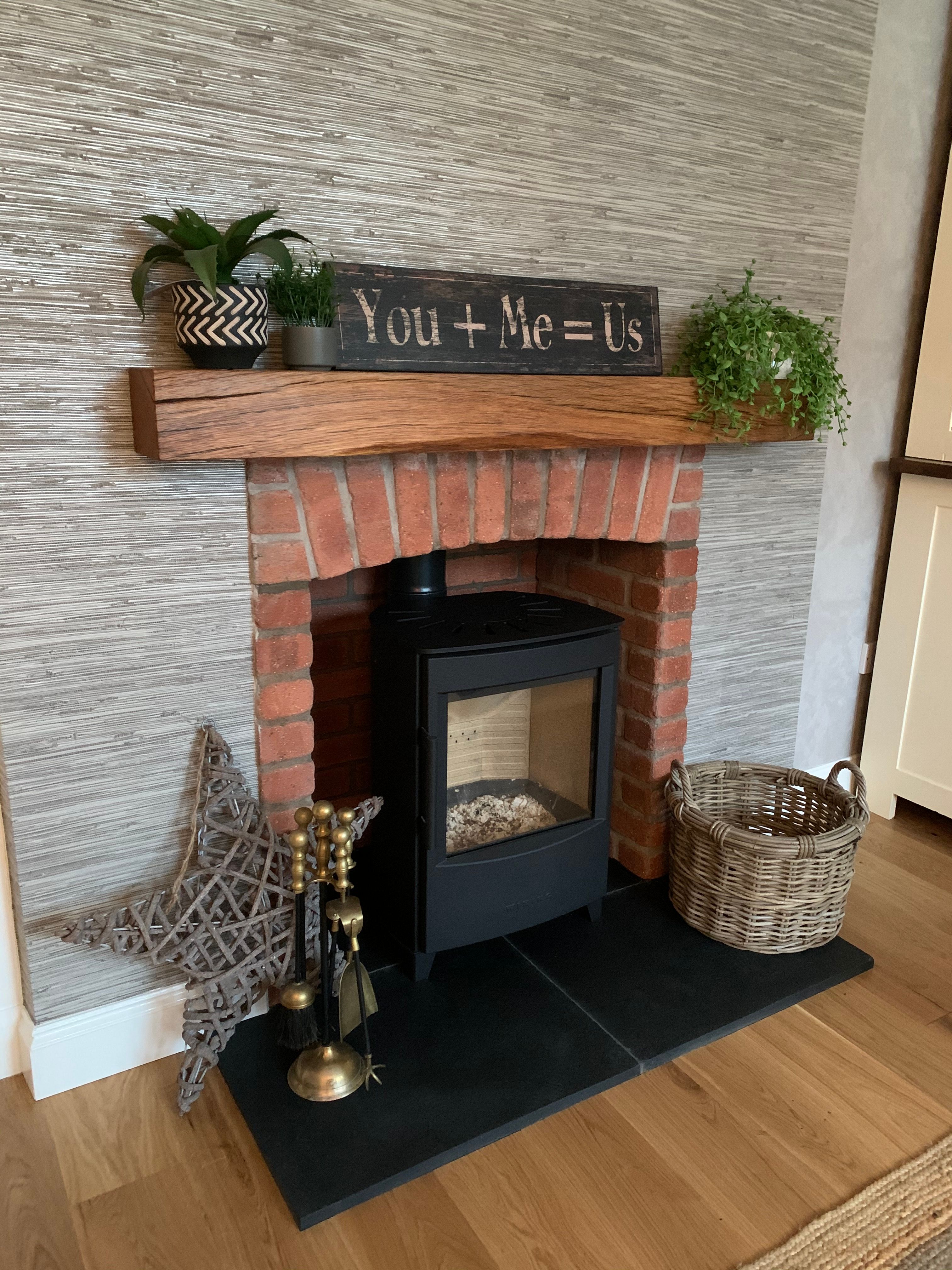 Finally, the couple turned their attention to the spare room and kitchen.

Elizabeth said: "In the spare room, the old fireplace was blocked off so we knocked through that and I managed to buy an old Victorian fireplace from Gumtree for £60.

"In the kitchen, we knocked through three cupboards and removed the door that was previously there to make it all open plan.

"Then my husband and father-in-law built cupboard carcasses and fitted in a cooker and extractor which I bought second-hand for less than £150.

"We also ordered kitchen worktops and new doors as we couldn't afford an entirely new kitchen, and put in plate racks and even a wine rack.

“The kitchen was definitely the most expensive part, but it was worth it.”

Elizabeth and Gary managed to complete the entire home transformation over the course of a year, with Gary working evenings and weekends on the project between his full-time job in forestry. 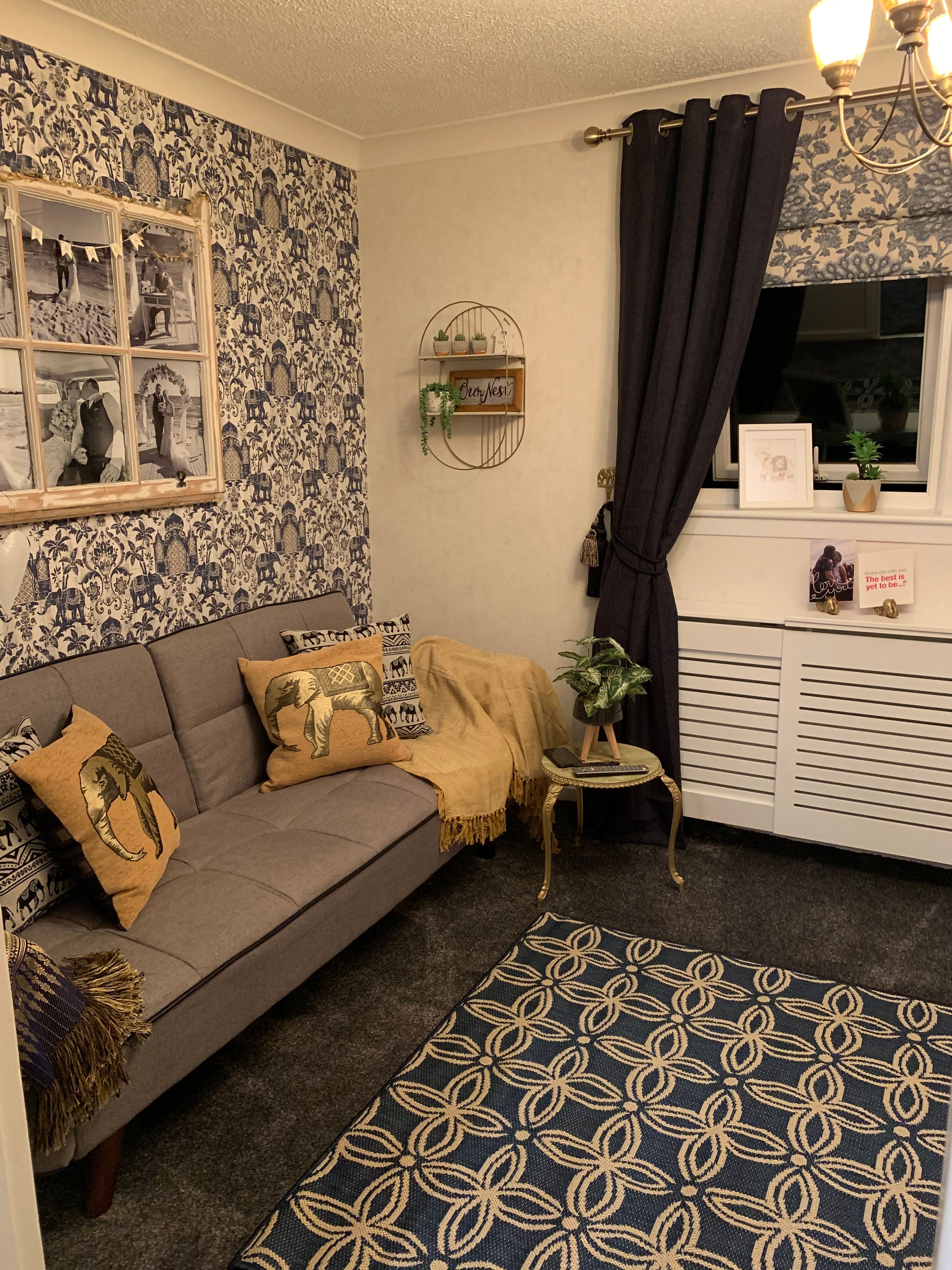 The couple are over the moon with the finished result, and can't get enough of the bigger and better kitchen.

Elizabeth said: "It looks so much bigger and we can now sit in the kitchen for meals.

“We love our first home together, it’s not to everyone’s taste but we love it and that’s all that matters.”

Elizabeth recently shared photos of the finished look on Facebook – leaving users blown away at the home makeover.

One person wrote: "How amazing your new kitchen looks, I love it! You must be super proud."

"Kitchen goals right there. My fiancé and I plan to make ours too," another Facebook user added.

And another person added: "Wow stunning, I love every bit of it. What a transformation, that would have cost a fortune."

"This is stunning… looks a million dollars," another person said.

Check out this woman's secret walk-in pantry – and how immaculately organised it is.

Plus, this woman who turned a local Spar into a half a million pound property by the sea.

And this savvy dad who made a super king size bed out of Ikea SHELVES.

Padres Player Tommy Pham Stabbed Outside Strip Club: 'It Was a Very Traumatic and Eye-Opening Experience'

Quiz ideas: Best ideas for your family quiz this weekend