Paris Hilton’s husband, Carter Reum, has an ‘open invitation’ to be part of love child’s life

Country star Mickey Guyton revealed her son Grayson’s doctors finally have a plan in place after the 9-month-old was hospitalized.

“Hey guys I just wanted to give y’all an update on little Gray. My baby fell ill on November 11th, eventually requiring a trip to the icu,” the “Black Like Me” singer, 37, wrote on Instagram on Saturday.

“It turned out to be dehydration because of a severe stomach bug. Seeing my baby boy like this was truly terrifying,” she continued.

Guyton explained that a pediatric doctor stayed by Grayson’s side while he was waiting in the emergency room and was the one who “discovered the problem.”

Their family doctor was then able to secure a bed for the baby despite all of the hospitals in the area being “maxed out and understaffed because of nurse shortages,” according to Guyton.

“I truly believe Grayson would not be on the road to a full recovery without them,” she wrote. “Grayson is doing much better, all signs are stable and improving. He is still dehydrated and weak and has lost a lot of weight from not being able to retain any liquid.”

The “Remember Her Name” singer called her son a “fighter” in her post and celebrated his labs finally “showing he is headed in the right direction.”

“He was stabilized and released from the icu within a matter of hours,” she added. “He’s getting better by the minute, it’s just going to take some time.” 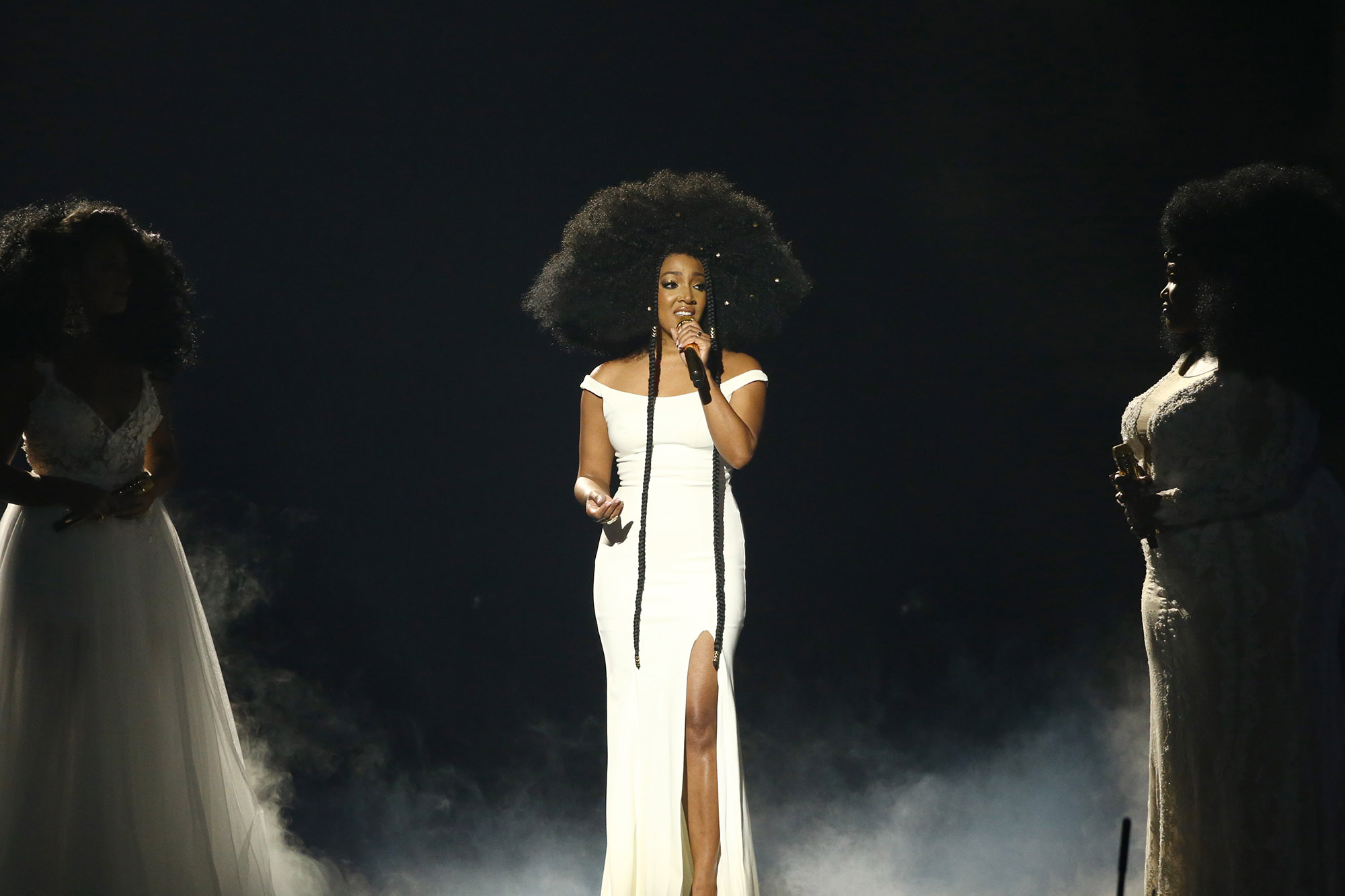 Guyton is scheduled to perform at the 2021 American Music Awards on Sunday. Her rep did not immediately respond to Page Six’s request for comment on whether she’ll still take the stage amid Grayson’s health crisis.

The pioneering singer gave birth to her son in February, writing on Instagram at the time, “The hardest and most beautiful thing I have ever done. Welcome to the world Grayson!”

Guyton last posted a photo of Grayson in late October to show off his first Halloween costume.

“I am officially done with my little rocket man. 👩🏽‍🚀🚀🎃🥺,” she wrote under a snap of the infant sitting up in a silver astronaut suit.

Guyton shares Grayson with her husband, lawyer Grant Savoy. The couple tied the knot in June 2017 after seven years together.

Exhibition will display the royal family's pets over the years