Home » Lifestyle » Could YOU be an 'Elite Sleeper'?

Could YOU be an ‘Elite Sleeper’? It’s the new buzz phrase for those who thrive on short nights. But is it a dangerous way of living that can wreck your health?

For years I considered myself a bad sleeper. It’s something I’m not very good at, like physics, cryptic crosswords and dealing with difficult trades­people. Sleep is not in my skillset.

And, understandably, there are negative connotations with this line of thinking. Like a perennial yo-yo dieter, convinced that all of life’s problems would disappear if only they were a stone lighter, I’ve spent a sizeable part of my adult life telling myself I’d be a much better mother, wife, daughter, sister, employee, boss, runner, cook and poker player if I could get that magical eight hours of uninterrupted shut-eye a night.

The truth is, since having children — both now in their 20s — I rarely get more than six hours. I can get by on four or five, as long as I haven’t drunk any alcohol the night before. I haven’t set an alarm clock for more than 25 years, apart from for early flights (when I’m usually awake anyway because I’m so nervous/excited).

I tend to sleep in batches: retiring between 10pm and 11pm and sleeping solidly until 3am, when I wake up, get a glass of water and go to read in the spare room, where I usually get another couple of hours. Or sometimes not. 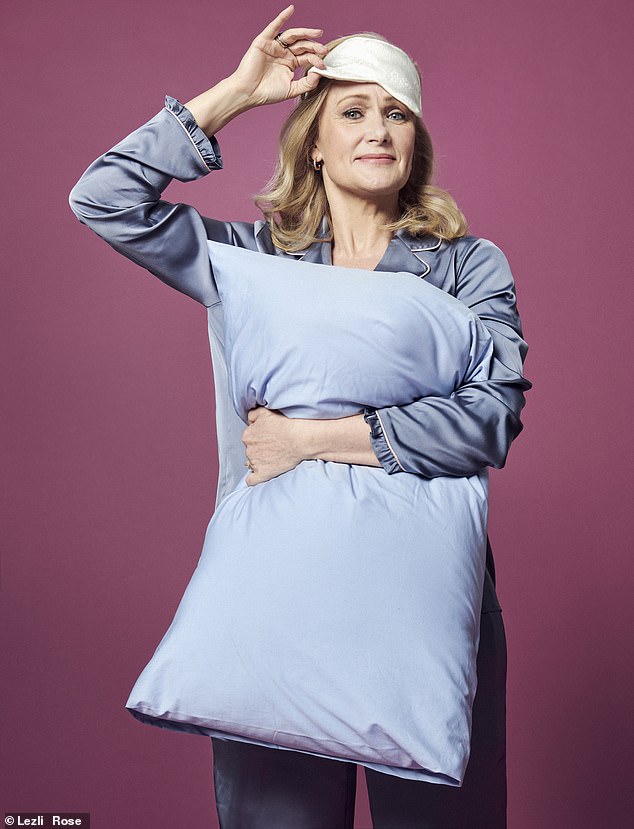 UK-based journalist Julia Lawrence (pictured) explores the concept ‘Elite Sleepers’. It is a new term coined by sleep scientists for those who are ‘familial natural short sleepers’

I loathe the word insomniac, which makes me feel like I’m afflicted with a disease. Because most of the time — and this is not hubris — I feel OK. I greet the morning early but refreshed. I have flashes of bad temper and low mood now and then, but doesn’t everyone? I spend those early mornings reading, greeting the sunrise in summer with a cup of tea on the patio, accompanied by birdsong and the cat. It’s a lovely way to start the day. It’s only after I reached this sweet spot of acceptance that sleep no longer felt like a problem. Now, however, I learn there’s a different way of potentially categorising me. Doff your night cap, ladies and gentlemen, to the ‘Elite Sleeper’.

It’s a new term coined by sleep scientists for those who are ‘familial natural short sleepers’. Elite Sleepers make up approximately 3 per cent of the population, and run in families. These super beings, as I think of them, were first identified in 2009 by Ying-Hui Fu, PhD, professor of neurology at the University of California in San Francisco.

Professor Fu and her team discovered that people who had inherited a particular mutation in a gene called DEC2 averaged only 6.25 hours sleep a night, whereas the rest of the population, without the mutation, averaged 8.06 hours.

Ten years later, the team discovered another mutation on the NPSR1 gene. Last month, the same team of scientists discovered these gene mutations may also play a role in warding off dementia.

The discovery explained the existence of those annoyingly smug people who just don’t seem to need much sleep. In fact, they seem to thrive.

Because we’ve all heard of them, haven’t we? Elon Musk, Margaret Thatcher, Donald Trump; all of them proudly proclaiming they need only four or so hours sleep a night. 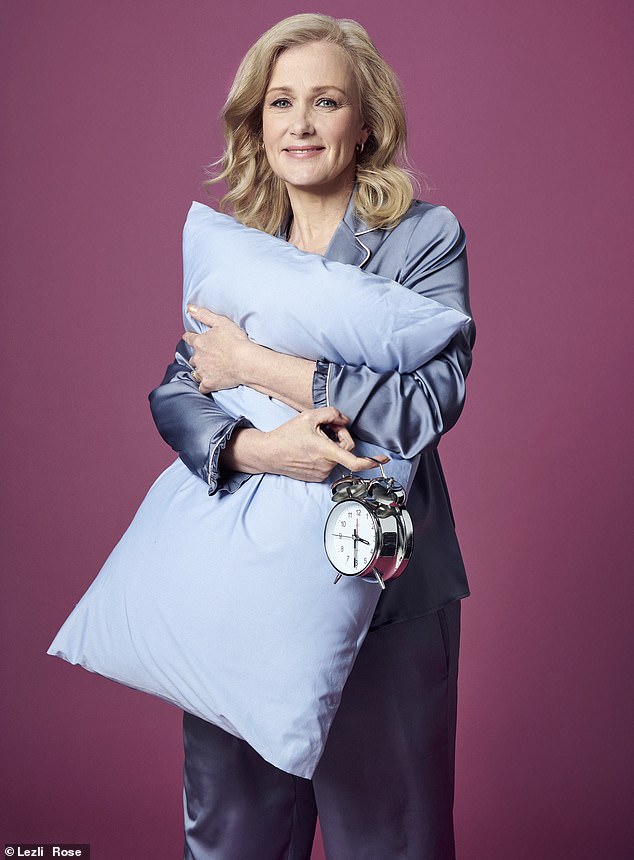 Julia (pictured) explains that she tends to sleep in batches: retiring between 10pm and 11pm and sleeping solidly until 3am, when she wakes up, get a glass of water and go to read in the spare room, where she usually gets another couple of hours

Have a quick scroll at the ‘day in the life of’ accounts of some of the world’s high achievers. They spring out of bed at 5am to greet their personal trainer at the gym, where they’ll complete a gruelling hour-long workout, before returning home to smashed avocados on rye, and rattling off their first emails at 7am.

Never, ever, will you hear of someone in the upper echelons of a FTSE 100 company confessing that they wake at 5am, having managed to fall asleep at 2am after a bottle of wine, before spending the morning weeping in the toilets/shouting at subordinates/scoffing doughnuts.

That’s why some professionals, including Dr Guy Meadows, sleep psychologist and co-founder of The Sleep School, have a serious problem with the phrase Elite Sleeper.

‘The natural tendency is that they are highly anxious individuals, who are locked in a cycle of poor sleep, worrying about poor sleep and hence sleeping poorly,’ he says. ‘Meanwhile, they’re fearing what’s going to happen if they don’t get enough sleep, which creates yet more anxiety and more sleeplessness.’

‘Within the more corporate sector there has always been that more traditional view that you are a higher performing individual if you are burning the candle at both ends. The reality couldn’t be further from the truth. Sleep is the most powerful performance-enhancing, health-providing behaviour known to humankind and we shouldn’t be scrimping on it.

‘This narrative of “super-light sleepers”, who are in some way better than others, is incredibly unhelpful. That’s not to say they don’t exist — they do, but they are incredibly rare.

‘The difficult thing to decipher within the normal sleeping population is the reality. Do these so-called Elite Sleepers really need less sleep or are they telling fibs?’ 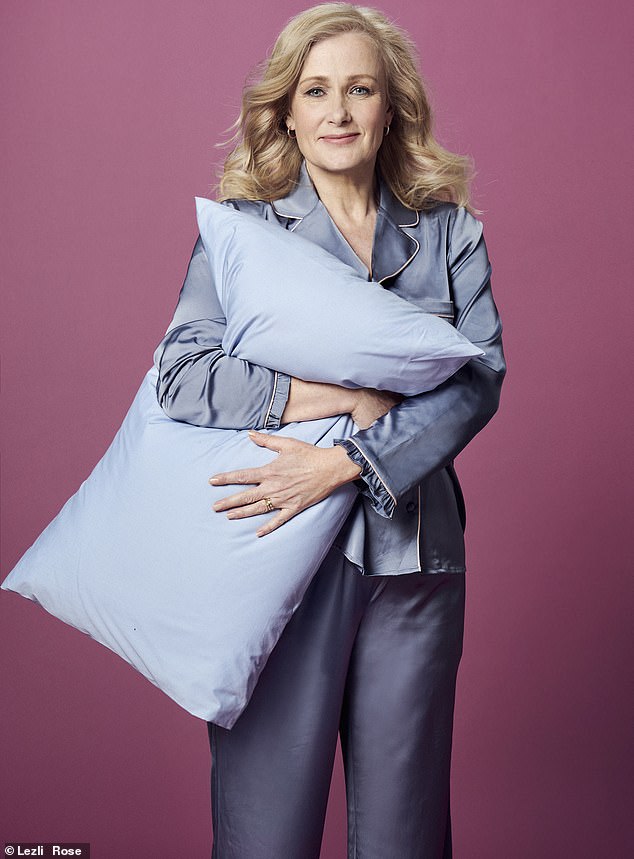 For sleep deprivation is a serious health concern — medical research has linked it with raised blood pressure, heart problems, obesity, lowered immunity, depression and type 2 diabetes. In the UK, 36 per cent of adults struggle to get to sleep at least once a week, with almost one in five having trouble every single night.

So am I an Elite Sleeper or an insomniac? I wouldn’t say there’s a family trait: both my son and daughter average a good eight hours sleep a night. I’d class my parents and sister as good sleepers too.

I decide to live a few days like an elite. Instead of doing Wordle at 5.30am, I drag myself off to a 6.45am spin class. Walking back, glowing and sweating, knowing behind every curtained window someone is still fast asleep, does make me feel like a superior being. On my return, I fly through my emails and finish a piece of writing I’d been procrastinating over.

Which is all well and good … until 3pm, when I am literally dropping off at my keyboard. I force myself to stay awake, but I wouldn’t call the rest of the day productive. A write-off is probably a more accurate description.

So, I’m afraid to say you won’t find me at the helm of any country or multinational company any time soon. As Guy Meadows explained, eight hours is an average, which means there’s a spectrum: some people need six, some need nine. It’s just the way we are. And accepting that is the first step to getting a really good, restful night’s sleep.

EXPERT’S GUIDE TO A GOOD NIGHT by Dr Guy Meadows

Thoughts are often the biggest barrier to sleep. When a thought comes into your head, name what sort of thought it is. It might be a work thought, a relationship thought, a finance thought. Putting it into a category places you outside of it and gives perspective.

Whenever you go to sleep, keep a regular pattern: you should go to bed and wake up at the same time every day — regardless of whether it’s a weekday or a weekend. Irregularities in your sleep schedule can cause ‘social jetlag’.

Your daily lifestyle has a big impact on sleep. Not drinking caffeine after midday and reducing your alcohol intake can help. Being active is another way to improve sleep. The best time to exercise is between 4pm and 6pm as that is when our core body temperature is highest so our muscles are stronger.

Make sure to get plenty of morning light. This will not only boost your mood but synchronise your body clock to your current time zone. Similarly, in the evening, start to darken lights two hours before you go to bed and switch off any screens an hour before.

It might sound counterintuitive but stop trying to force yourself. If you can’t sleep, don’t get up — stay in bed in a comfortable position. Foster a mental state of ‘quiet wakefulness’. Resting is still good for your body.

The Shooting Of Black Americans Started Long Before The Looting