“I would be so f—– in medical debt, constantly not be able to go to my appointments; my mom would be homeless.”

Corpse Husband is incredibly grateful for his over 7.25 million YouTube subscribers.

During a recent live stream of Among Us, Corpse opened up about just how close he came to losing it all and admitted, “I would be absolutely f—– right now if I didn’t come up at the time I did and if you guys didn’t help me as much as [you] did.”

“I had just completely run out of money with [all the] medical bills. I’m paying my mom’s rent right now, and she’s on disability and can’t go to work.” The 23-year-old musician said. “I would be so f—– in medical debt, constantly not be able to go to my appointments; my mom would be homeless.”

Corpse concluded his heartfelt appreciation message and said, “It’s f—— crazy to me. Like, one month later, I would have been f—–. Just so much s—. The timing couldn’t have been any better. So, just thank you guys so much for everything.”

Many diehard fans rushed to his comment section to show their support as one wrote: “My heart melted when he was talking about that. I wanna help him so badly as much as I can. He deserves the world.” 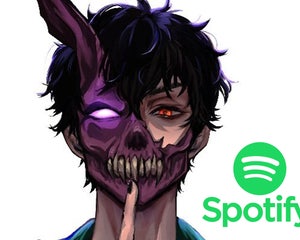 “The fact that he has stated multiple times that he’s not close with his family and they don’t talk to him but he’s paying his mom’s rent really says a lot about the type of person he is… he deserves the world! Go stream all of his songs on Spotify,” another loyal follower preached.

Corpse has been struggling with various chronic illnesses, which include fibromyalgia, thoracic outlet syndrome, and GERD.

Back in January, during a live stream of Among Us, the “E-GIRLS ARE RUINING MY LIFE” singer shared some grim updates on his health and said, “I don’t think I’m physically capable, like in the future. I already stream once or twice, and I don’t think that’s something I can do for a long time.”

He also noted that his body had “been acting up pretty bad lately” and that he was “trying to get back into therapy.” 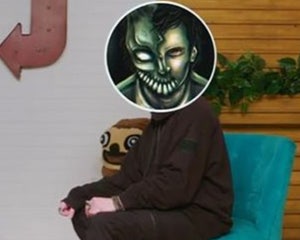 ‘National Treasure 3’ reportedly in the works, along with ‘Bad Boys 4’

Miley Cyrus's VMAs Performance Seemed Like a Message To Her Ex