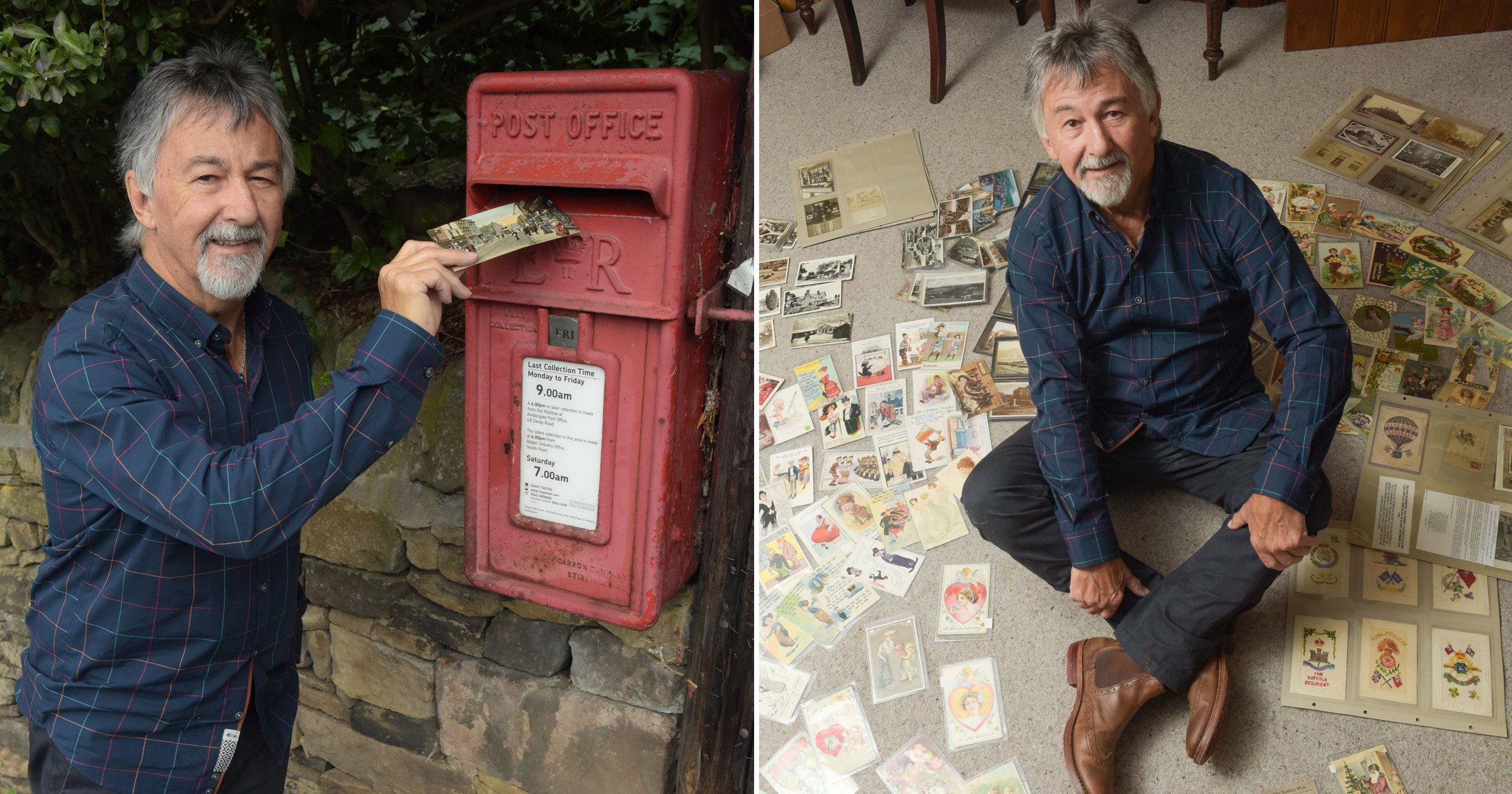 A postcard enthusiast who started his collection half a century ago says it’s now worth half a million pounds, and has so many he needs to store them in their own room.

Rod Jewell, 75, from Belper, Derby, has been collecting postcards from all over the world for decades, with his assortment including postcards dating as far back as the 1900s.

Rod’s collection includes designs centring on aviation, adverts, birds, cats, dogs, right through to the military, countries and every county in the UK.

Rod, a retired consultant for railway signalling, said: ‘I’ve been collecting on and off for most of my life.

‘That was the golden era for postcards.

‘To collect at this high a level, you have to generate an income, so I do six major postcard fairs throughout the year where I buy and sell to update my collection.

‘There are around 30,000 postcards stored in the study, and they’re all organised into separate albums depending on the subject.’

So, what does he spend the money he makes from selling the postcards on? More postcards, of course.

‘I spent £800 on a 1902 postcard that has been flown by hot air balloon from Manchester.

‘Back then, you could pay to have your letters delivered the same day by hot air balloon, and it was called balloon post and that card is now worth up to £3,000.

‘To have one of those is the crème de crème of postcards.

‘It’s a real photograph and represents history which is why they can sell for so much.

‘It’s not a cheap hobby – I go to auctions, postcard fairs, house clearances and jump shops and source the best cards.’

Rod’s collection is so big that he’s had to dedicate one of the rooms in his home to storing it all.

He said ‘The middle bedroom has been taken over, and I’m embarrassed for anyone to look inside.

‘I also buy photographs and the entire collection is worth half a million pounds now.

‘My top collecting area is a little fishing village in North Yorkshire called Staithes which has a really interesting history.

‘The most expensive cards in my collection are mechanical cards which were expensive to buy at the time and to get them intact is difficult.’.