President Biden has made addressing climate change a priority of his administration, signing a number of executive orders in line with his ambitious climate agenda in his first days. Those orders included rejoining the Paris Climate Agreement and revoking the permit for the Keystone XL pipeline.

“We’re in a crisis,” Mr. Biden said in December. “We need a unified national response to climate change. We need to meet the moment with the urgency it demands, as you would during any national emergency.”

Among those leading his climate agenda is Gina McCarthy, whom the president tapped as his national climate adviser. Under President Obama, McCarthy led the Environmental Protection Agency. 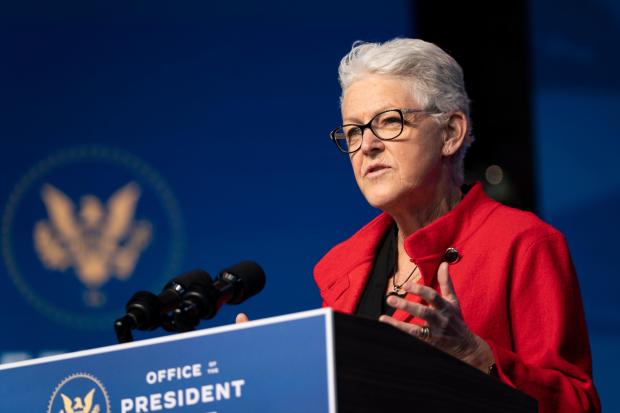 McCarthy spoke to CBS News on Tuesday about Mr. Biden’s climate initiatives and how he plans to address environmental justice and integrate his climate agenda into the financial sector. The interview below has been edited for length and clarity.

Jeff Berardelli: You have a huge job ahead of you. You’re going to be coordinating climate across various departments and agencies. There’s a lot on your plate. How do you plan to do your job?

Gina McCarthy: President Biden crafted it not just as me running around like a madwoman, but it’s me running around like a madwoman working with some really outstanding people across the Cabinet. This is a whole-of-government approach. This is about making sure that the power of the federal government can be used to craft a future that we’ll be proud to hand to our kids. A future that’s healthier, that understands we’re in a pandemic and we have to pay attention to science and facts. It’s a future that says we’re going to base our decisions based on real evidence, and that we recognize that climate change is a catastrophe. There’s such opportunity today, on the cusp of the deployment of solutions that are cost-effective, that are exciting, that are really going to be groundbreaking.

People don’t often think about climate change as an opportunity. But it is an opportunity to reshape our future into a better future, economic, health-wise, our society in general. What are some of the biggest initiatives you’ve planned to move forward?

We’re looking at getting to a power sector that is clean by 2035. So one of the things we have to do is hit the ground running to make sure that our electricity is being generated by clean energy. That shift has already been started, but we have to take a look at some of the policies we have available to us. We have to take a look at continuing to ensure that on-shore and off-shore energy that’s clean is welcomed, that continues to win in the marketplace.

One of the biggest opportunities we have is federal procurement. That means we spend lots of money. What we spend it on matters to markets. If we really want clean energy to run forward, we have to start spending federal dollars to make sure that we’re sending the right signals to the private sector and the market, but we’re also leveraging our dollars to lower the cost.

There’s wonderful opportunities to actually drive clean cars into the system. Pun intended. We really can make things happen in a way that people will get the kind of vehicles they want to drive at the price point they want it.

We’re going to start moving these issues forward, not just with federal procurement but with regulatory standards that recognize that fossil fuels cars pollute. They cause difficulties in air quality, particularly in areas where communities have been left behind — the ones that can’t get investment and haven’t for many years because of some systemic racism that continues to linger in this country. We have to step up and make sure that the investments are going to those communities.

In Mr. Biden’s plan, he says he wants to give approximately 40% of the money to underserved communities. How are you planning on tackling environmental justice and also a just transition for these workers who are being left behind?

We don’t want to leave people behind. We, in fact, want to focus on the communities that have been left behind. Part of the effort that’s identified in the executive order that’s signed today is to make sure we establish an environmental task force that’s going to help guide these efforts.

Forty percent of these efforts and investment really need to benefit the communities left behind. So that can be everything that’s as simple as taking a look at where standards are being set and making sure they’re going after the cumulative impact that has been really impacting the air quality and creating significant air pollution that leading to terrible health disparities. Especially, we can see it happening under COVID-19. We know who’s dying in larger numbers than anybody else — it’s the Brown and Black and Indigenous communities and low-income communities that are most challenged.

We’re going to look at things like oil and gas leases and take a look at some of those programs — not implementing it in a way that’s going to require transition faster than we can support it. We’re not going to do one thing and forget the rest of what people need.

Senator Schumer asked Mr. Biden to think about declaring a climate emergency. Could that possibly be in the cards?

We’ll give it some thought. We have a sequence of executive orders and announcements that are going to get out. It’s my job to pull together every agency. I’m going to be chairing a new task force that’s every agency head. We’re going to sit around and get our little pencils out and see what that budget looks like and how we take some of those zeros and add them onto numbers somewhere else so that we can get what we need done for the American public.

Climate advocates for years have wanted the Fed to take this up as an issue. Now we hear that the Fed is going to develop a climate committee. What does that mean? How will that impact the way banks do business?

The exciting thing is that we have my good friend Brian Deese, who is the head of the National Economic Council, and we have Janet Yellen, who was just confirmed by the Senate to be the treasury secretary, and they are already running out of the gate talking about how we integrate climate wholly into the financial sector. It’s about transparency, it’s about risk. One of the things that we don’t get our arms around sometimes is the fact that climate change is both a domestic risk, which we can see, but it’s also a tremendous international risk. It is fundamentally a national security risk, but a tremendous disruptor for financial systems.

Australia brush fire victims get help from runners around the world