A Minnesota judge cited safety concerns Friday as he issued new conditions of release for an ex-Minneapolis police officer charged in the death of George Floyd that would allow him to live in a neighboring state while he awaits trial.

Derek Chauvin posted $1 million bond on Wednesday and was allowed to walk free from the maximum security state prison where he had been held for his safety since shortly after his arrest. Floyd died after Chauvin, who is White, pressed his knee against Floyd’s neck for several minutes even after the handcuffed Black man pleaded for air before his death May 25. Chauvin was later charged with second-degree unintentional murder, third-degree murder and second-degree manslaughter. 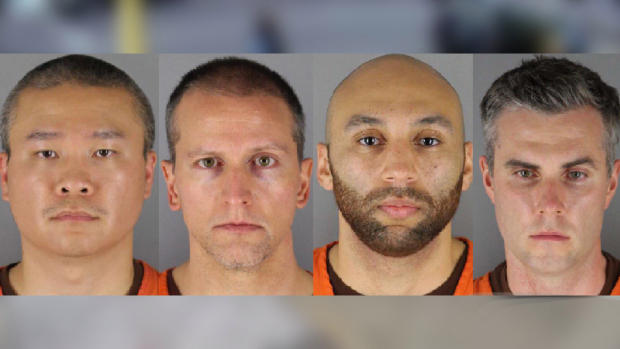 Floyd’s death sparked nationwide protests against police brutality and systemic racism and led to the firing of Chauvin and three other officers. Chauvin’s release renewed protests in Minneapolis and St. Paul. Gov. Tim Walz mobilized National Guard troops and state law enforcement officers to help keep the peace. Three other fired former officers who also face charges in the case were released on bond earlier. Their trial is set for March.

Hennepin County District Judge Peter Cahill said the state Department of Corrections, which is supervising Chauvin while he’s on release, presented evidence in private “supporting safety concerns that have arisen.” The order did not say what that evidence entailed.

Chauvin’s previous conditions prohibited him from leaving Minnesota without court permission and ordered him to sign extradition waivers if he was released. Under the new conditions, he “must establish residency somewhere in the State of Minnesota or a contiguous state as soon as possible” and report it to his supervising officer. His address will be shared with local law enforcement, but anyone who is given his address is ordered to keep it confidential.

The former officer must also carry a cellphone and keep it on, charged and in range so that the Department of Corrections can reach him at all times. He must also surrender his passport.

Cahill’s order said the defense and prosecution had agreed to the new terms.

“Derek Chauvin’s release on bond is a painful reminder to George Floyd’s family that we are still far from achieving justice for George. The system of due process worked for Chauvin and afforded him his freedom while he awaits trial. In contrast, George Floyd was denied due process, when his life was ended over a $20 bill,” he said. “There was no charge, no arrest, no hearing, no bail. Just execution.”

Prince Louis attends funeral of Duke of Luxembourg WITHOUT Tessy