Christina Anstead took to Instagram to candidly discuss her divorce, career and life on and off the screen. Find out what she had to say. 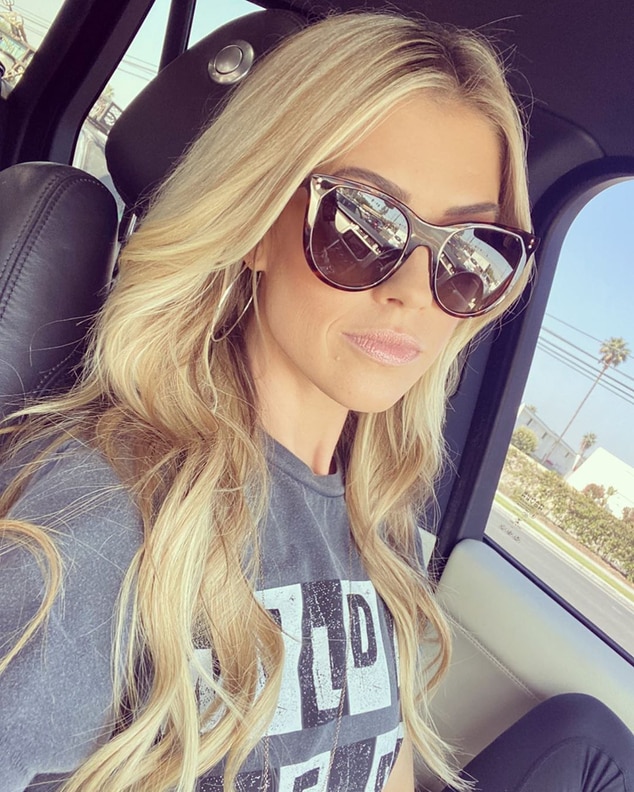 Christina Anstead is keeping it real on the 'Gram.

The Flip or Flop star didn't sugar coat anything for her latest Instagram upload. Instead, the reality TV personality shared a refreshingly honest post about her recent divorce from Ant Anstead, her career and life on and off the screen.

"For those of you who don't know me (or think you know me) let me reintroduce myself," she began her lengthy message on Saturday, Sept. 26. "I hate crowds, I love traveling, all things spiritual, the ocean and deep one on one conversations."

The HGTV star candidly revealed that she never pictured herself being in the public eye, especially selling and flipping homes on TV. She explained that she originally wanted to be a "sports agent like Jerry Maguire."

"I never thought about being on tv… I always loved looking at houses with my parents especially model homes and I always wanted to be my own boss," she shared, adding that she got her real estate license in college after following her "intuition."

"Now while I never wanted to be on tv, stepping out of my comfort zone and into the unknown has always been my thing," she continued.

Although Christina is "grateful" for the platform television has given her, she explained that it comes with its own challenges.

"I live in a state of anxiousness and I'm so used to it that when it's not there I tend to feel a void and hop into something that causes the feeling I'm used to," she described. "This can be good and bad. And it's one of the things I'm working on breaking the pattern of. Sometimes anxiety and pursuit of new dreams leads me down amazing paths, other times it leaves me feeling lost and in a state of fight or flight / or crying in my closet."

Christina also opened up about her relationships and going through very public breakups.

The star announced her divorce from Ant on Sept. 18, after two years of marriage together. They welcomed their first child together last September. And as fans of Flip or Flop know, she was previously married to Tarek El Moussa, whom she shares two kids with.

"So while some may judge me and throw around rumors about me, most of you support me. And that says a lot about this world and where we are headed," she continued. "I'm messy, I'm real and I'm working on healing. I'm surrounded by extremely powerful women who help me cope, build me up and push me to be better."

Right now, the HGTV star said she's focusing on her kids and "taking time to clear the noise." She closed, "I appreciate the support and I hope my story inspires you to not be so hard on yourself for the decisions / choices you've made. We are all a work in progress."

"Ant and I have made the difficult decision to separate. We are grateful for each other and as always, our children will remain our priority," she wrote at the time. "We appreciate your support and ask for privacy for us and our family as we navigate the future."

A source recently told E! News the mom of three was "very disappointed" in how things turned out. "Bringing home the new baby was extremely difficult and challenging. It's been a very difficult year with a lot of hard times," the insider explained. "She never thought she was going to get a divorce so soon. She tried to give it more of a chance but it became very clear that it wasn't going to work."

Ant has yet to publicly comment on the divorce, however, he did return to Instagram for the first time since the announcement on Friday, Sept. 25.

While he didn't address his split, eagle-eyed observers noticed he was still wearing his wedding band. And just a few days prior, Christina was spotted wearing hers as well during an afternoon outing in Orange County, Calif.

Only time will tell if the duo reconciles and gives their love another shot.

Netflix Buys Chinese Drama Series ‘I Hear You’ From Youku

Swedes Call for Incentives to Keep Potential Runaways at Home