Camille Billops knew from a young age that she did not want to be a mother. And when she had a baby, she gave her up for adoption, when the girl was 4.

Ms. Billops would go on to become an internationally recognized sculptor, painter and filmmaker. She held salons and created extensive archives of black cultural life in New York over several decades.

But Ms. Billops, who died on June 1 at 85, gained the most attention for a movie she made about giving up her daughter. She was resolutely unapologetic about the decision, even as society judged her harshly and wanted her to repent.

The movie, “Finding Christa” (1992), which she directed with her husband, James V. Hatch, documented Ms. Billops’s rejection of her daughter and their reunion 20 years later. Christa Victoria, a vibrant and artistic young woman who was raised by a loving adoptive family in Oakland, Calif., was welcomed back into the Billops fold.

The 55-minute film won the 1992 Grand Jury Prize in the documentary category at the Sundance Film Festival and left the viewer thinking all was well that ended well.

But that was not the end. Off camera, the mother and daughter, who shared a diva streak, had a fraught relationship, entangled in guilt and fueled by competitiveness: Ms. Billops told Topic magazine that Christa was trying to take credit for the movie, and at the same, Christa still ached to understand why her mother had given her away. Ms. Billops barred her from attending the Sundance awards ceremony.

After the reunion documented in the film, Ms. Billops rejected Christa a second time. She closed off communication despite her daughter’s entreaties, leaving the real-life story to end sadly for both.

“They were so much alike, two very headstrong people, both artists,” Dion Hatch, Ms. Billops’s stepson, said in an interview. “Christa was always looking for a reason for why she was given up, and Camille was always trying not to have to deal with that.” 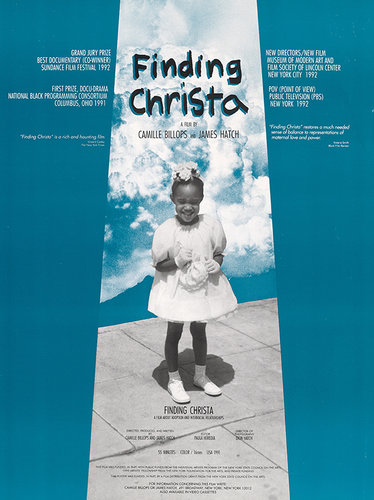 Ms. Billops would not let anyone else mention Christa’s name, Mr. Hatch said, “but then she would spend hours talking about Christa herself.”

Ms. Billops often said that the only thing she regretted about giving her daughter up for adoption was that she did not do it sooner, when Christa was younger and might have been able to forget her. But Christa retained a fierce psychological grip on her mother. As Ms. Billops grew older and struggled with dementia, she could not escape the grief she felt for her daughter.

“Christa was very much on her mind,” Sasha Bonét, who wrote the article for Topic, said in an interview. “No matter what we were talking about, it always came back to Christa.”

Ms. Billops died of heart failure at her home in Manhattan, her stepson said. Her husband, a scholar and writer with whom she held salons and created an archives of black cultural life, also survives her.

Camille Josephine Billops was born on Aug. 12, 1933, in Los Angeles. Her father, Luscious Billops, was a cook, and her mother, Alma (Gilmore) Billops, was a domestic and seamstress.

Her parents constantly took home movies of their daughters, Billie and Camille, acclimating Camille to a life both in front of the camera and behind it; her signature films would be as intimate as home movies.

Alma conveyed to her daughters that being a mother was an essential part of womanhood. But this stirred resentment in Camille, who decided by age 10 that she did not want children, she told the feminist author bell hooks, who interviewed her for her book “Reel to Real: Race, Sex and Class at the Movies” (1996).

Ms. Billops saw the lives of black women as endurance contests, struggles to survive abusive or alcoholic men, and children as part of the yoke that kept women from being free.

Ms. Billops was more interested in becoming an artist. She went to the University of Southern California to study art and occupational therapy. But she soon found herself pregnant. The father was a handsome Air Force lieutenant who said he would marry her — 500 wedding invitations were sent out — but who skipped town instead. 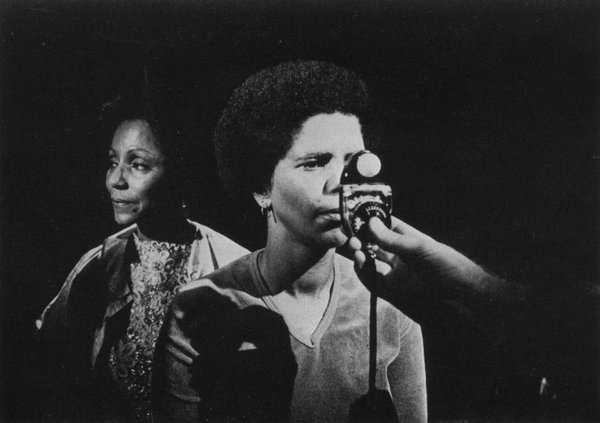 Ms. Billops gave birth to Christa in 1958. She continued her studies, leaving the infant in the care of female relatives. She transferred to California State University, Los Angeles, from which she graduated in 1960 with a degree in childhood education. She also worked at a bank during the day and focused on becoming a sculptor.

Ms. Billops decided to put Christa up for adoption in 1962. She dropped her off at the Los Angeles Children’s Home Society of California and told her to go to the bathroom. When Christa returned, she saw her mother driving away in her black Volkswagen Beetle.

The decision upset some family members, but others forgave Ms. Billops. “It’s easy for the world to make this brilliant woman a demon,” Carol Penn, a cousin, said in an interview. “But she was complex and conflicted, and she did it out of love; she just didn’t feel herself capable of being a mother.”

Ms. Billops pursued her artistic career and gained some stature as an artist, with her work exhibited across the country and abroad.

In the 1960s and ′70s, she and Mr. Hatch, a white scholar of black theater who taught at the City University of New York and New York University, steeped themselves in the evolving black cultural scene and civil rights movement. Their 4,000-square-foot artist’s loft in SoHo became a hub for artistic collaborations.

They collected thousands of books, documents, photographs and ephemera related to black culture. They held salons with black artists, performers and musicians. With a grant from the National Endowment for the Humanities, they recorded more than 1,200 oral histories and published them in an annual journal called Artist and Influence.

These interviews and other materials are now part of the Hatch-Billops Collection, an archive of African-American cultural history housed at Emory University.

Ms. Billops taught art at Rutgers University and the City University of New York. She contributed text to “The Harlem Book of the Dead” (1978), a collection of funeral portraits by the photographer James Van Der Zee, with a foreword by Toni Morrison.

She also delved more deeply into filmmaking. Among her early efforts was “Suzanne, Suzanne” (1982), a short documentary about the relationship between her sister and her sister’s daughter, both of whom were being physically abused by the sister’s husband.

In 1981 Ms. Billops heard from Christa for the first time in 20 years. Christa — by then a vocalist, pianist and composer who used Christa Victoria as her professional name — sent her a cassette of a song she had written in which she asked her mother to meet with her.

Ms. Billops was initially skeptical. She thought that she had successfully compartmentalized her guilt and that that part of her life was long over. But she came to see that reuniting with her daughter might have artistic possibilities.

Christa came to New York, and they collaborated for the next 10 years on “Finding Christa” (a misleading title, in that it was Christa who had found her mother).

“What a mass of fascinating contradictions it is!” Vincent Canby wrote in his review of the movie for The New York Times. He called it “terrifically artful” and said the tone was loving, “though behind it there is a certain chilliness.”

Ms. Billops later acknowledged to bell hooks that she came across as cold in the film, noting that she did not cry or show remorse for giving away her daughter.

She was also smarting from judgments made by filmgoers who, she said, saw Christa as a saint and her as the opposite. She emphasized that neither caricature was fully accurate, and that men who gave up parenting were rarely judged that way.

As the years unfolded, Christa — who had moved to New York, married three times and embarked on a busy musical career — continued wanting to understand why her mother had given her away. “She had what all adoptees call ‘the great wound,’” Ms. Billops told Ms. Bonét. Ms. Billops’s husband began mentoring Christa, which Ms. Billops found threatening. She would stop speaking to Christa for weeks at a time and eventually stopped talking to her altogether.

In 2016, after mother and daughter had not spoken for three years, Christa was found dead of heart disease at 59 in her apartment in the Bronx. She had had heart problems for some time but decided against getting a recommended procedure.

A few days before she died, Christa wrote her mother yet another letter. In this one, she apologized for any harm she had caused.