Queen health: Charles and Camilla travel to Balmoral in helicopter

Queen Camilla, 75, married King Charles III, 73, in 2005, and in turn became stepmother to Prince William, 40, and Prince Harry, 37. She is also a parent of two children of her own – Laura Lopes, 44, and Tom Parker Bowles, 47. Much has been said over the years about the relationship between Camilla and King Charles’ two sons. The “complicated” nature of William and Harry’s relationship with their stepmother stem from events that happened before they were born.

Lucy Shrimpton, parenting expert and founder of The Sleep Nanny previously spoke to Express.co.uk about the Queen Consort’s role as a stepmother, and how she navigates this role.

The expert said: “Becoming a stepmother to two grown boys was never going to be an easy task, made a lot more difficult by the fact that Camilla and William and Harry’s relationship is in the public eye – and of course, that the public adored Princess Diana so much,” the expert claimed.

Lucy added: “However, Camilla seems to have taken the role of stepmother to the future King of England and his brother in her stride.

“Rather than wanting to replace their mother, she seems to want to be their friend.” 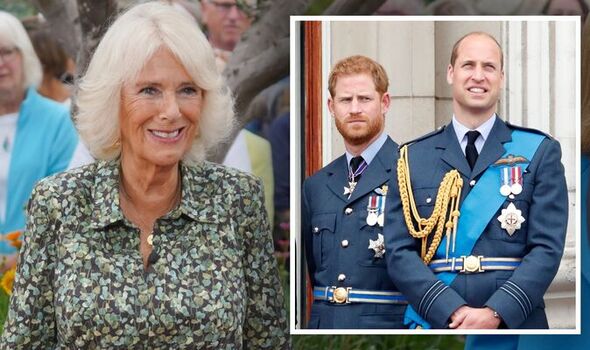 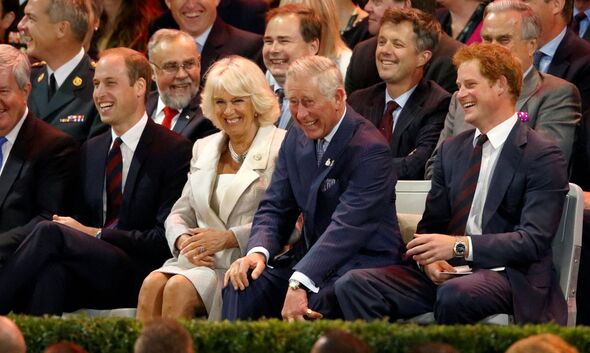 How does she do this?

Lucy continued: “She appears at many public engagements with King Charles, ever the supportive spouse, and the body language between the boys and Camilla seems positive and respectful.

“William and Harry showed their support at their father’s wedding in 2005 and there have been lots of photos of Camilla with William or Harry laughing together showing a relaxed relationship.”

What have the Princes said about their mother-in-law?

Lucy commented: “In a biography released in 2018 called ‘Harry: Conversations with the Prince’, Harry insisted that Camilla was not a ‘wicked step-mother’, instead calling her a ‘wonderful woman’.

“While Camilla has received her fair share of negative press, often perceived as an ‘interloper’, she appears to have dealt with it calmly and clearly shows a fondness for the boys and their children, tactile with George, Charlotte and Louis.

“Camilla looks as if she has worked hard to build a relationship with her step-sons without being too pushy.

“She has watched them grow up from teenagers to grown men with their own families so they must know each other very well by now,” the expert suggested. 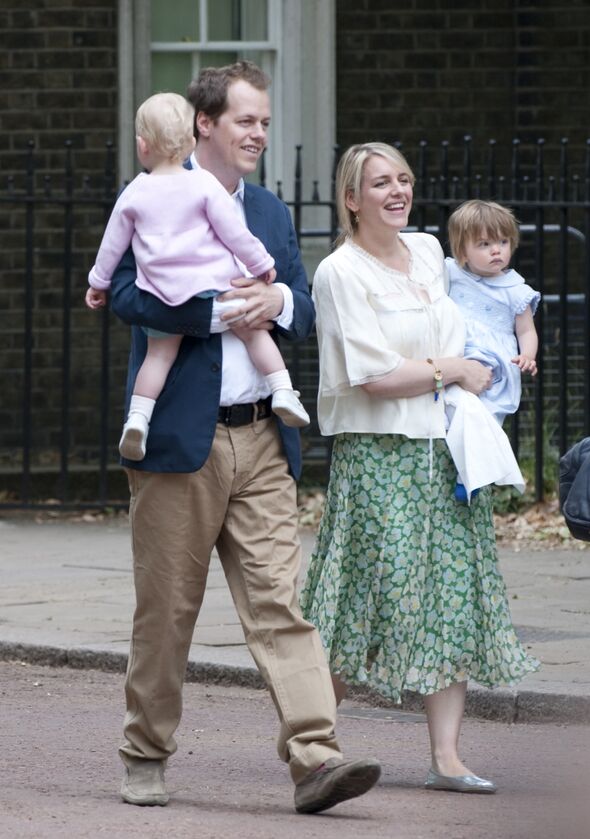 Rachel Fitz-D, a parenting expert at The Baby Show, also spoke to Express.co.uk about Camilla and how she approaches the role of stepmother.

The expert said: “Being a parent can be really challenging. Being a stepparent can bring all the same challenges and then throw some more in for good measure!

“As tempting as it is to try and be either a best friend or a replacement parent, these approaches can lead to a lack of respect on the one hand and resentment on the other.

“There is a more comfortable and ultimately more successful path forward which Camilla appears to have taken – work with your partner to maintain appropriate and secure boundaries and then let the relationship grow at its own pace without trying to rush it,” Rachel opined.

What responsibilities did Camilla have when she took on the role of stepmother?

The expert claimed: “It’s up to the stepparent to remember that they are the grown-up and could, therefore, easily maintain authority without being authoritarian, and could be kind and friendly without being permissive.

“Camilla appears to have led by example with good manners and respect, prepared to provide that much-needed listening ear, because being a step-child is difficult too.

“When it comes to being a step-parent – in time and with patience, even the trickiest relationship can blossom into something quite special and unique, creating a bond lasting a lifetime and hopefully this is something that Camilla has created with William and Harry,” Rachel added.

Tinder troll blasted for sending fat-shaming messages to his match