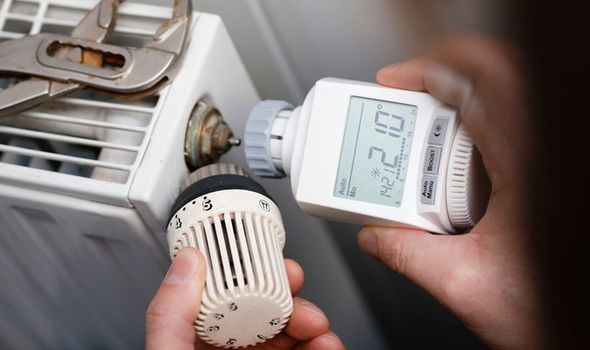 Four in five Brits want to make an effort to fight climate change – but many are still failing to implement basic energy-saving changes, such as washing at lower temperatures or using eco settings on appliances such as the dishwasher and washing machine.

But Dr Lally claims people can develop eco-friendly practices over time – with a little persistence.

She said: “Our research involved a 12-week test to see how long it would take for participants to make a habit out of a new behaviour.

“The results indicated that in order to form a habit, the participants needed to regularly perform the behaviour.

“The time it took for their habit to reach its peak varied widely, with an average of 66 days.

“Today, we know many adults struggle to make significant changes to help the environment because they find it difficult to incorporate new behaviours into their routine.

“But it is possible to learn to recycle daily, put an extra layer on instead of turning up the heating, turn unused lights out and so on, so that it becomes a habitual routine rather than something actively thought about.”

This latest research reveals that consumers want to do their bit for the environment, but just need a little help in doing so

By signing up via the Planet Pledge website, participants will receive weekly tips and advice on how to form habits, and in doing so potentially reduce their home energy wastage by up to 20 percent, and save £200 annually in the process.

It comes as a study of 2,000 adults found 63 percent feel good when they make an effort to reduce their carbon footprint.

But despite this, many adults are overlooking the simplest actions when it comes to managing their own habits in the home – with 80 percent of dishwasher owners failing to use the eco settings, and 66 percent showering with no consideration of time.

A further seven in ten will still rely on standby instead of turning electrical items off, while 58 percent leave unused items plugged in at the mains, using vampire energy.

However, Brits are already making positive changes, with two-thirds always recycling and switching off lights around the home.

And almost half are using the home heating efficiently, while 48 percent will re-wear clothes after use rather than sticking them in the wash after one outing.

The Planet Pledge campaign will reward participants who share their efforts via social media, with eco-themed prizes including a smartphone, washing machine and three £1,000 vouchers to spend on a UK-based eco-holiday.

Archie Lasseter, sustainability lead for Utilita, the energy supplier created to help households use less energy, said: “Energy suppliers exist with one main objective – to sell as much energy as possible and to make a margin.

“Our mission since launch has been to give as many homes as possible the technology and energy intelligence they need to cut their energy wastage, and this latest campaign to promote habit-forming will support that.

“Back in 2019 we launched our award-winning Energy High 5 campaign, which has already reached almost four million households, encouraging five simple and free tweaks that can save up to £163 on the average annual energy bill.

“This latest research reveals that consumers want to do their bit for the environment, but just need a little help in doing so.”

Why Kim Kardashian Thought She Had a Miscarriage During 1st Pregnancy