Stockings are going to be stuffed full at Britney Spears’ house this upcoming Christmas, as she now has access to her estimated $56 million fortune for the first time in over 13 years.

Britney Spears, 40, is making up for lost time when it comes to her Christmas shopping this year! After being locked in a conservatorship for 13 years, with no access to her massive fortune, Britney is free and has complete control over her life and her finances. HollywoodLife has EXCLUSIVELY learned from a source close to Britney that she is not holding back when it comes to spending on those she loves, including her fiancé Sam Asghari, 27, and two sons — Sean Preston, 16, and Jayden James, 15.

“Britney has been doing a ton of Christmas shopping for Sam and the boys. She prefers to shop at actual stores, as opposed to buying her gifts online. She wants to get Sam and her two sons the best presents ever to show them how much they truly mean to mean to her,” a source close to the pop princess said, adding, “what she really wants more than anything is to see huge smiles on all of their faces when they are opening up their gifts this year.”

So, what is Britney asking for Santa to bring her this upcoming Christmas? “Britney is telling everyone that she does not want anything from any of them in return because she has everything that she has ever wanted already.” Needless to say, Santa’s hunky helper, Sam — who proposed to Britney on November 12 after dating for five years — has something already in mind. “Britney’s friends know that Sam has something super special planned out for her this year, but he isn’t telling them what,” the source told HollywoodLife. 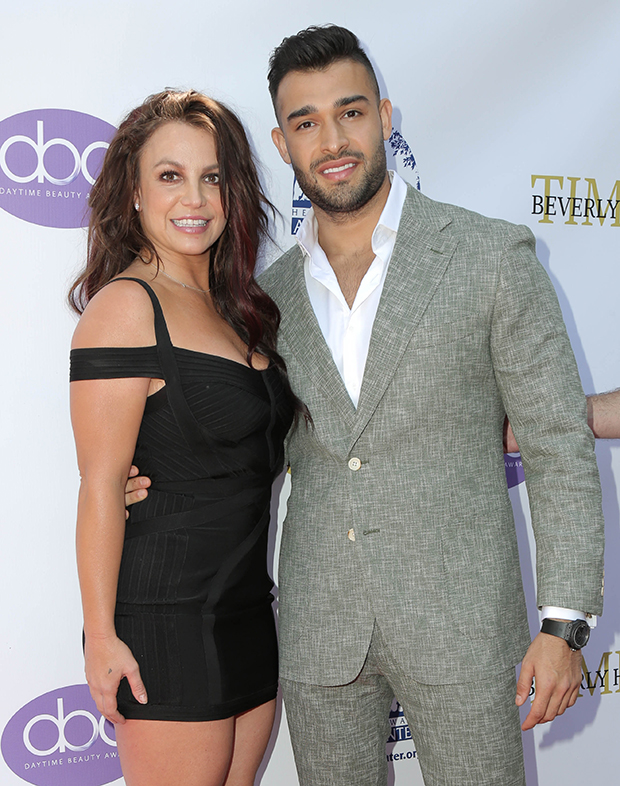 Britney Spears & Her Sons: See Photos Of The Singer With Her 2 Kids

Shortly after Britney’s conservatorship was terminated, she shared a video on Instagram of her gorgeous Christmas tree. It is clear, however, that there are some members of the Spears’ family that will not be hanging stockings for this year — namely her estranged dad Jamie Spears, 69, mother Lynne Spears, 66, and sister Jamie Lynn Spears, 30. As those who follow the situation know, Britney has cut all ties with most members of her biological family after the conservatorship ended — especially her mother and father. Britney’s sister, Jamie Lynn, is releasing a tell-all autobiography entitled Things I Should’ve Said in January 2021. Britney voiced her disapproval of her sister’s tell-all on Instagram.