B&M shoppers have been left in stitches over its "ridiculous" new game called "Ballz Up".

The aim of the game appears to be to swing a ball hanging on a piece of string between your legs up into a cupholder attached near your nether regions. 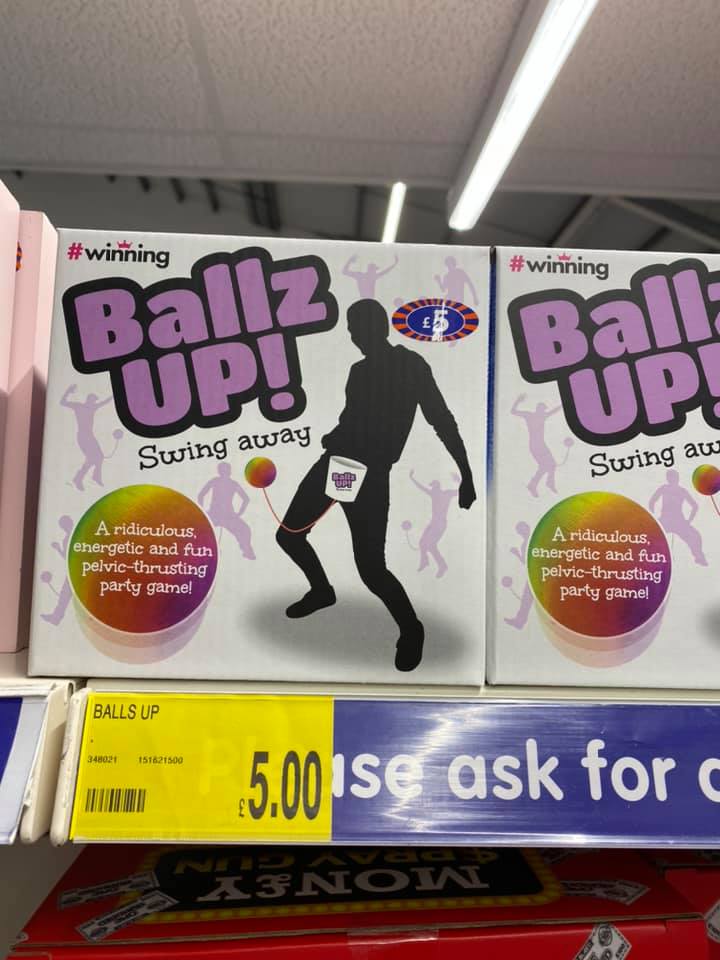 On the front of the box, it's labelled as: "A ridiculous, energetic, and fun pelvic-thrusting party game."

It was first spotted by a shopper on the Extreme Couponing and Bargains UK Facebook group in the Llandudno store, who posted a picture of the game and the caption: "Interesting Christmas gift for the men."

The post has since wracked up 1,900 likes and 2,300 comments with one person writing: "Ha ha looks great fun".

Another quipped: "Men can normally “balls up” most things without any help". 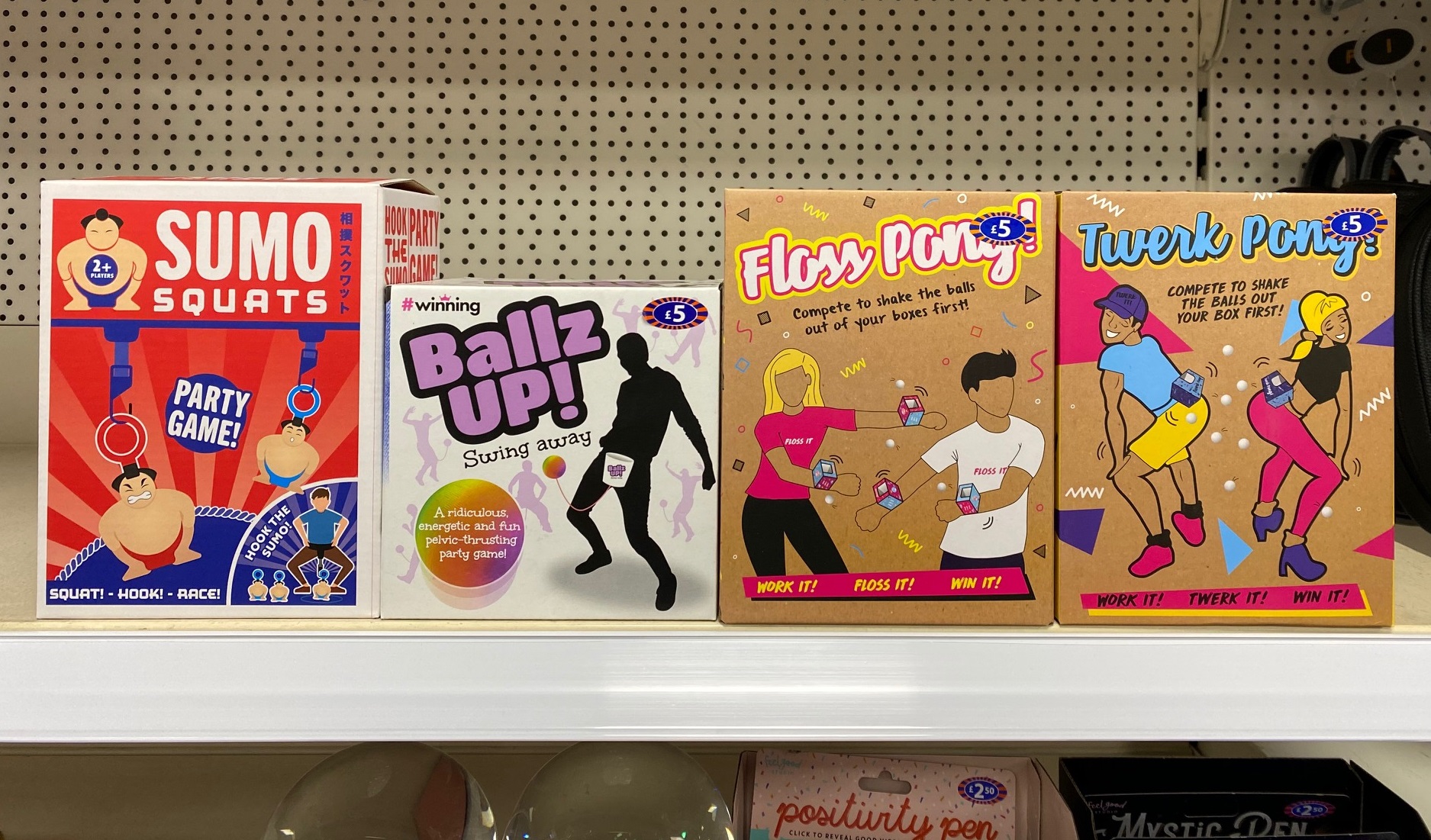 You can't buy online at B&M so use its store locator tool to find your nearest.

The discounter told The Sun Ballz Up is one of three new party games it's currently stocking.

"Floss Pong" and "Twerk Pong" will also set you back £5 each. These see cup holders attached to wrists in Floss Pong and to bums on Twerk Pong with the winner being the first person to shake or twerk all of their balls out.

During lockdown Ant and Dec kept fans entertained with a new "rude cup in balls game".

B&M has now reopened all of its stores after it closed some during the coronavirus lockdown.