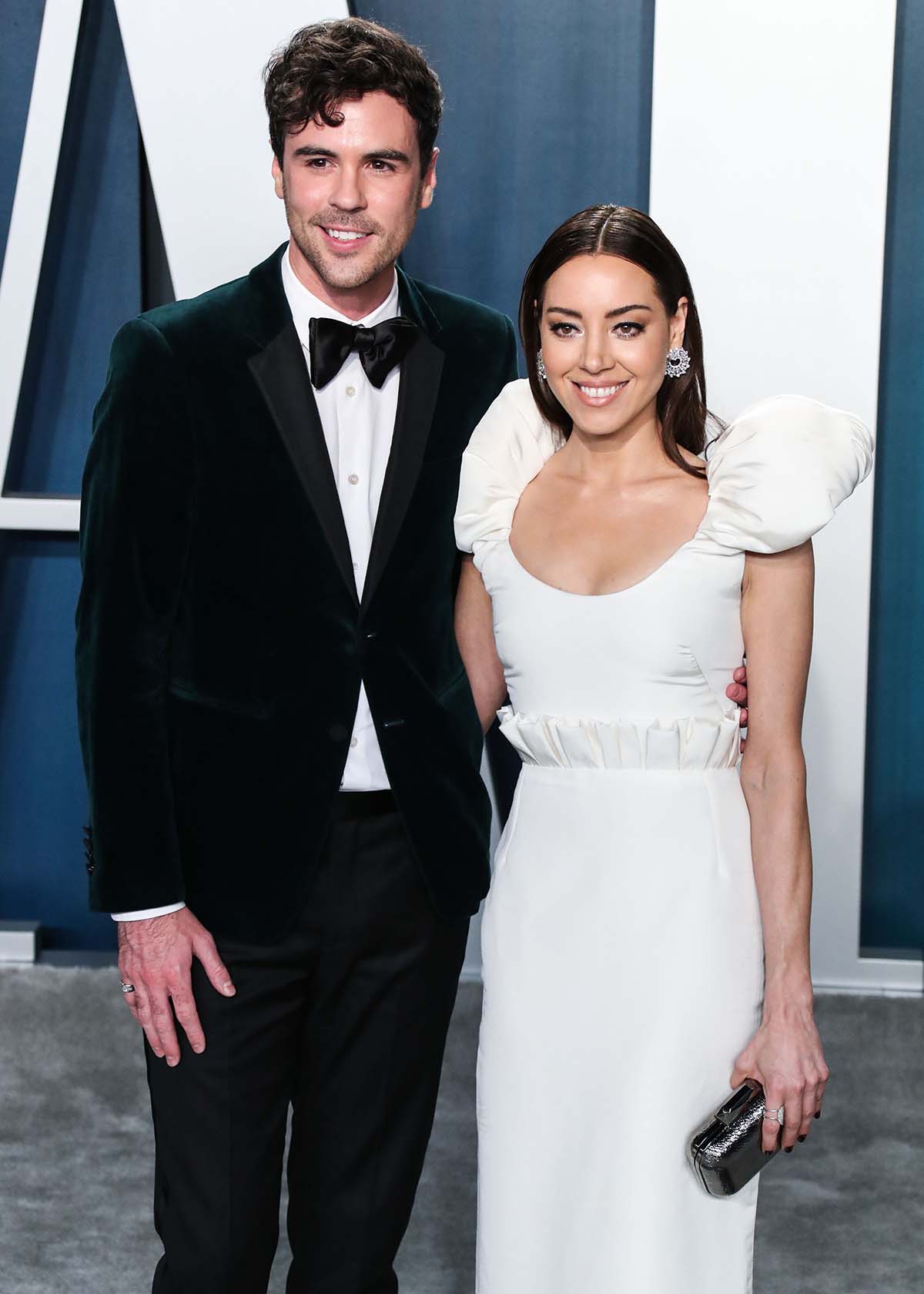 On a whim! Aubrey Plaza explained how her impromptu wedding to Jeff Baena came about during the COVID-19 lockdown.

“A lot of things happened during COVID for me. Yes, we got married. Big deal,” the 37-year-old actress said during the Wednesday, December 15, episode of The Ellen DeGeneres Show. “We got a little bored one night. We got married and I’ll tell you how: Onehourmarriage.com. That’s real, look it up.”

The Parks and Recreation alum, who announced her marriage in May, explained that she and Baena, 44, exchanged vows while celebrating their 10-year anniversary.

“We were in the lockdown. Things got a little crazy, especially in my house,” she teased. “My husband got really into tie dying and when I say tie dying, I mean 50 shirts a day.”

Surprise! Celebrities Who Got Married in Secret

The Happiest Season actress recalled suggesting they “do something” to commemorate their decade-long romance, like, “get an ice cream cone” before she “joked about getting married.”

Baena didn’t shut down the idea, but simply questioned whether they could actually get hitched that fast. Plaza decided to do a Google search, which is when she discovered the website that eventually made it happen.

The Legion alum explained that she had to do some negotiating in order to get the officiant to agree to drive to her home two hours later and perform the ceremony in their backyard. Plaza then went across the street to see her neighbor — who she described as a real-life witch — to get her spiritual blessing.

“She went in her house, rummaged around. [Then] came out with a rosemary wreath that she gave me. She literally cackled,” the Scott Pilgrim vs. the World star said. “I created a very quick love altar in our yard. Facts of our love, little stones, smoke, fire. Things of that nature.”

The Delaware native smiled as she continued her story, adding, “Then the man from Alhambra showed up in a Hawaiian shirt with a briefcase [to perform the ceremony]. … I can’t remember a lot of it, it was fuzzy. But I’m pretty sure it’s legal.”

‘Parks and Recreation’ Cast: Where Are They Now?

Plaza previously revealed her marriage status via Instagram in May when she gushed over her “husband” in a supportive post.

“So proud of my darling husband @jeffbaena for dreaming up another film that takes us to Italia to cause some more trouble,” she wrote at the time, referencing the pair’s project Spin Me Round.

The Ingrid Goes West star was first linked to the I Heart Huckabees cowriter in 2011. They have since worked together on numerous projects, including 2014’s Life After Beth and 2016’s Joshy.

Can you tell the high street children's clothes from the high-end?