ARGOS and Very are among the retailers to bring back their half Christmas tree for those who can't be bothered to decorate.

The slightly bizarre festive firs are designed for those lacking space so you can push the back of the tree, which is flat, right up against the wall. 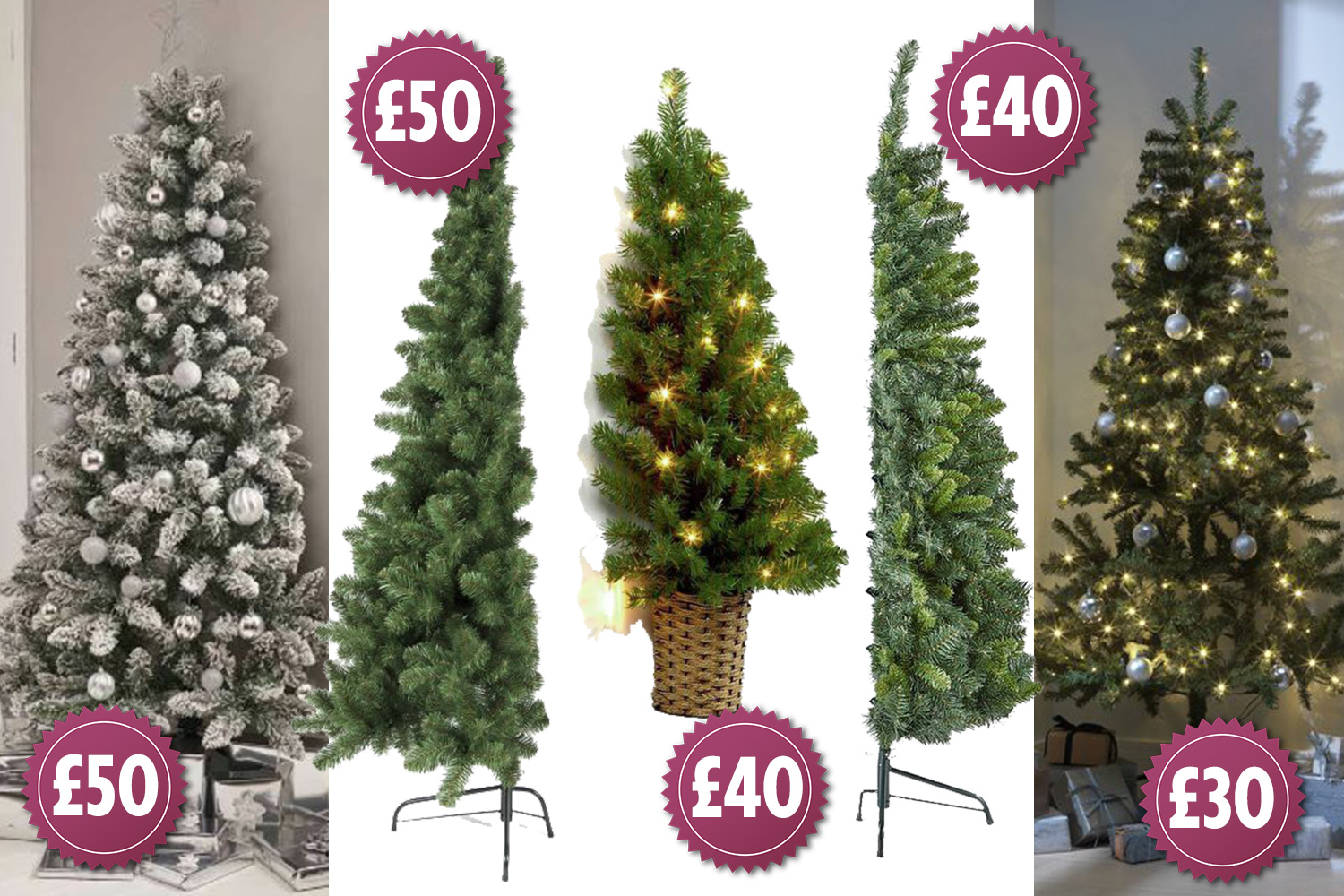 But the idea is that from the front you wouldn't notice the other half is missing – plus you save time and money on the decorations too.

The designs aren't new – B&Q first stocked them almost a decade ago and The Sun reported their comeback in 2017.

And it appears the bonkers trees are here to stay with major retailers already stocking them online ahead of the 2020 festive period.

We round-up the cheapest options we've seen from major retailers below.

Of course, bear in mind further options are likely to launch in the run-up to Christmas. 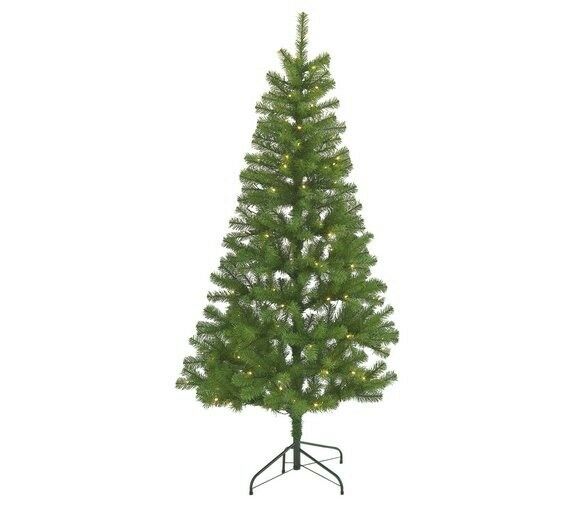 Argos' 6ft half Christmas tree is the cheapest we could find at £30 and it's got fairly decent reviews with just over four out of five stars from 218 customers.

Added bonus – it's already strung with 120 lights, and the tree itself has 398 tips. 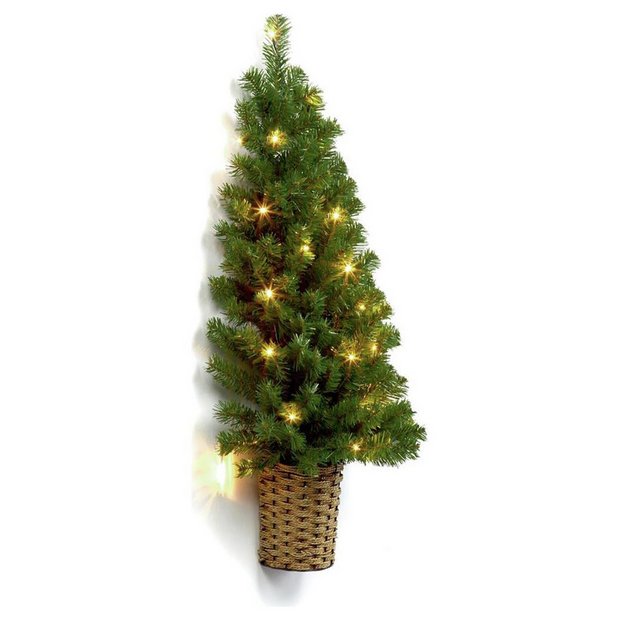 Just bear in mind home delivery costs £3.95 or you can click and collect for free in store.

If your home is slightly smaller still, Argos is also selling a 3ft half tree that can be wall mounted.

It costs a pricier £40 and comes with 20 lights, although it does need three AA batteries, which aren't included.

For those with pesky pets or crawling babies who may be temped to pull down your tree by grabbing low hanging branches you might want to consider a different type of half tree. 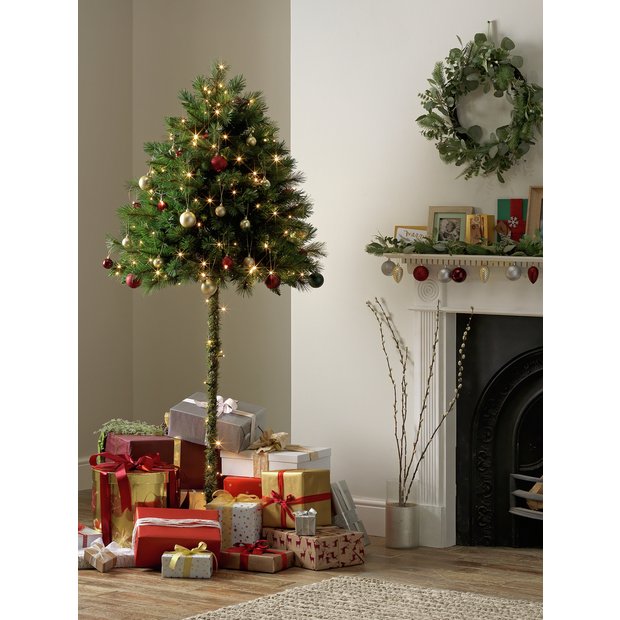 Some retailers, are selling a tree that goes all the way around but instead it's missing the lower section of its branches.

Argos' version costs £45 and picks up almost five out of five stars from 93 reviews online.

But you can save cash by getting Argos' 6ft pencil Christmas tree for a cheaper £20, which is also designed for smaller homes. 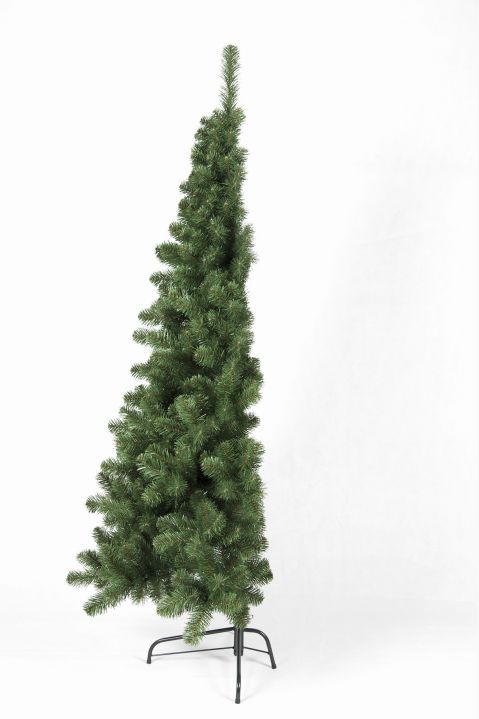 Christmas Tree World's half tree is currently reduced from a recommended retail price (RRP) of £79.99 to £49.99.

It's 6ft and has 488 branch tips but it doesn't come with lights.

Order it online now and it'll be delivered in the first week of November.

Delivery is currently free on all orders over £30, although it's unclear how much the site charges for orders under this.

Bear in mind you can, however, get a cheaper 6ft tree from Christmas Tree World with its slimline green version costing £26.49, down from an RRP of £44.99 – and this too is designed for smaller spaces. 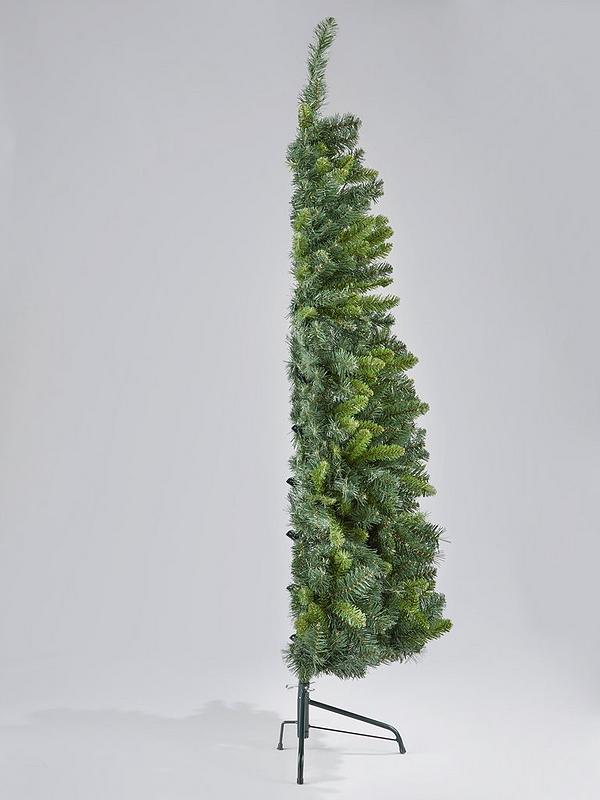 This £39.99 6ft tree from Very has 511 tips but you'll have to deck it with your own lights as these don't come included.

The tree has four out of five stars from 29 reviews on Very and standard delivery costs £3.99. You can, however, get free delivery if you order to one of 1,000 Collect+ stores.

The half-tree costs the same as Very's cheapest full 6ft tree, which is also £39.99. 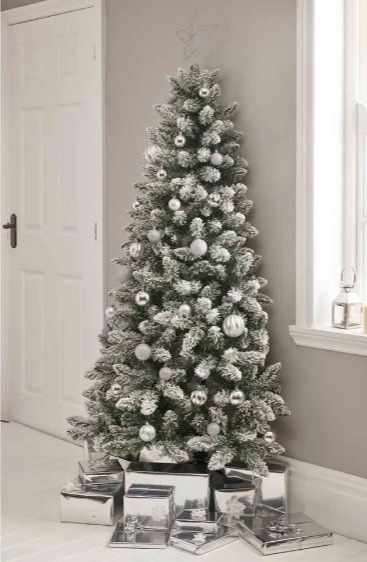 It's unclear how many tips this Wilko half tree has and it also doesn't include lights, but it does have snow-effect branches to help you create a winter wonderland at home.

The 6ft tree is at the pricier end costing £50, and delivery will set you back £5 or it's £2 to click and collect to your nearest store.

And despite the tree having half the branches missing, it will still set you back the same price as Wilko's cheapest whole 6ft tree at £50.

In other tree news, Wilko is selling a rainbow-coloured tree this Christmas and it's £20 cheaper than Asda's.

Meanwhile, B&M is selling £1 Christmas decorations that shoppers love so much that they've already put up their tree.

But some scrooges have fumed that it's too early in the year for festive cheer.

Paris Hilton Opens Up About Abusive Past Relationships