Home » Are we about to see the first Mad Max movie without Mad Max?

It’s a fair question given the next instalment announced this week, Furiosa, is a prequel to Mad Max: Fury Road. And in that acclaimed 2015 movie, Max (Tom Hardy) met Furiosa (Charlize Theron) for the first time. 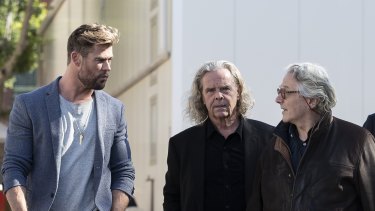 “Well, I don’t want to give too much away,” Miller says, with a laugh. “But you never know.”

Touted by Premier Gladys Berejiklian as the biggest movie to be shot in NSW, injecting $350 million into the state’s economy, Furiosa will star Anya Taylor-Joy (The Queen’s Gambit) as a younger version of the fierce post-apocalyptic warrior.

An origin story backed by Hollywood studio Warner Bros, it will show how she became a war captain under Immortan Joe before turning against him in Fury Road to free his five wives. And how she came to have striking close-cropped hair and a missing arm. 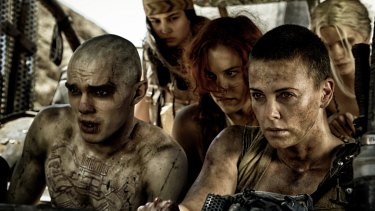 The cast includes Chris Hemsworth, who is filming Thor: Love and Thunder in Sydney, and Yahya Abdul-Mateen II (Aquaman).

Miller made his name with Mad Max in 1979 then followed up with Mad Max 2 in 1981 and Mad Max: Beyond Thunderdome in 1985. It became an iconic action series around the world as the former doctor moved onto directing other movies including The Witches Of Eastwick, Happy Feet and Happy Feet 2.

He plans to shoot Furiosa next year after finishing post-production on the fantasy drama Three Thousand Years Of Longing, which he has just directed with Idris Elba and Tilda Swinton in Sydney.

“I didn’t mean for it to happen this way, the two films crammed up against each other,” Miller says. “But in a way it’s been good. We’ve been preparing and a lot of people have come back.”

His only regret is that the Oscar-winning cinematographer of Fury Road, John Seale, 78, has retired after Three Thousand Years Of Longing. So Miller, 76, will need a new director of photography.

The two spent 100 days with their cast and crew shooting Fury Road in a Namibian desert then more time in a South African studio and Sydney’s Fox Studios to finish it.

It was a triumph on release, taking $US375 million at the worldwide box office and winning six Oscars.

Miller should have quickly moved onto two long-planned new Mad Max movies but a bitter dispute with Warner Bros over payments for Fury Road – now resolved after a leadership change at the studio – will now mean a seven-year gap between filming instalments.

“They’re tough movies to make,” Miller says. “Logistically tough and you have to be really focussed and alert all the way through, otherwise they’re going to go wrong. 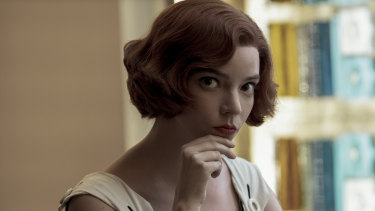 “Both wrong in a physical sense – in terms of safety – but also wrong just if the film works or not. You really to be thinking very hard about it but the one thing that gets you through is that this is a story that you can’t wait to tell.” 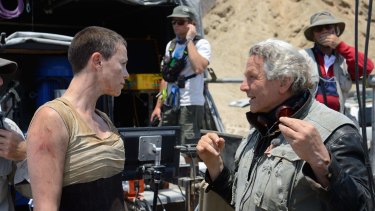 So will Furiosa have as much action as Fury Road, which jammed 300 stunts into 114 helter-skelter minutes?

“Of course, there will be that,” Miller says. “For better or for worse, I’m still drawn to the action film because I think that’s where basically cinema was born in the silent movies.

“They were often broad comedies – I was hugely influenced by Buster Keaton – and the syntax of film that he used both as a director and a performer. He and Harold Lloyd in particular. I think you can trace the Mad Max films back to what they were doing.”

Miller describes action as an “elemental form” of cinema.

“It’s not just a whole lot of razzle dazzle,” he says. “The action has to be essential to character. The experience has to inform the audience about the character and the interaction of characters.”

After undisclosed incentives from the federal and state governments, Furiosa will be a financial boost to Broken Hill, other filming locations and Australian visual effects companies.

The biggest budget movies to shoot in NSW include two Matrix sequels, two Star Wars episodes, Superman Returns, The Great Gatsby, Shang-Chi and the Legend of the Ten Rings and Thor: Love and Thunder.

‘The Bachelorette’ preview: Peter stands out during a Scotland group date