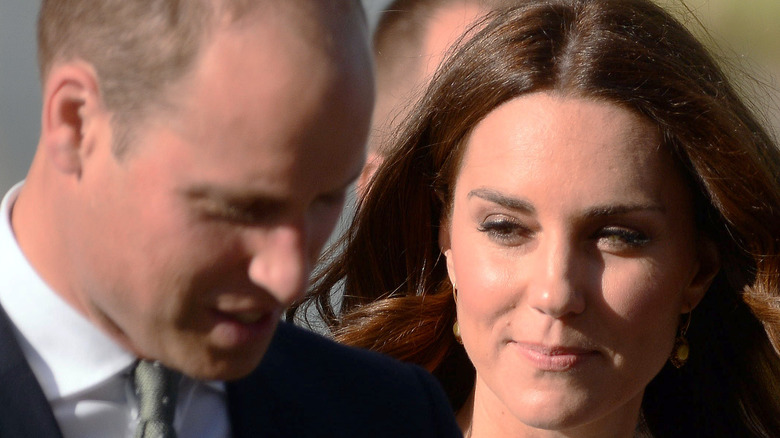 George has recently learned that he’s third in line to the throne, and will likely one day become king behind his grandfather and father. Royal expert Robert Lacey told Daily Express that George became quickly interested in learning more about his family history after receiving the life-changing information. In addition, George has been seen transitioning from his usual shorts and sweaters to wearing suits while at public engagements. People Magazine reports that George is at the age where etiquette experts say he should leave his formal shorts behind and begin wearing pants and suits during his outings.

However, through it all, George is said to be a pretty normal child. “Although Prince George might be future king of the castle, he’s not king of the castle yet. He’s not Little Lord Fauntleroy. He’s a rascal eight-year-old — full of mischief and always playing tricks and pranks on his younger sister and brother,” royal author Duncan Larcombe told OK!, per Woman & Home. “Hopefully George can enjoy all the benefits of royal life, but without the extraordinary, weird impact of growing up in a goldfish bowl.” In addition to being the future king, it seems that George may also be preparing to carry on another royal family tradition when it comes to his education.

Prince George is reportedly happy at his current school 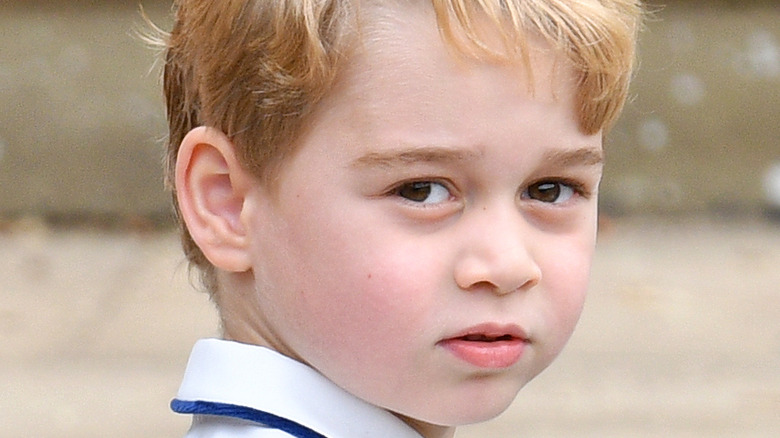 Us Weekly reports that Prince George may soon find himself attending a boarding school if Prince William and Kate Middleton are in agreeance. Sources tell the outlet that the Duke and Duchess of Cambridge aren’t opposed to the idea, and are weighing their options when it comes to George’s schooling.

The insider explained, “Kate and William are open to sending George to boarding school in the future and have already checked out a few, but they feel 8 is a little young and want to wait until he’s slightly older.” In addition, the source reveals, “They’d never force George to go unless he wants to and they feel it’s right.”

The royal informant also claims that the proud parents have spoken to George about the possibility of boarding school and that he’s “keen” on the idea. However, he’s also very happy at his current school, St Thomas’ Battersea, which he’s been attending since 2017. The sources say that George “has lots of friends there,” and has become “one of the most popular boys in the class.” George’s younger sister, Princess Charlotte, attends St. Thomas’ Battersea as well.

According to Evening Standard, George’s father William and uncle, Prince Harry, both attended boarding school at the Ludgrove School in Berkshire, and reportedly enjoyed their time at the establishment. It seems only time will tell if George follows in their footsteps.