The “Queer Eye” dreamboat went viral this summer with an adorable video of him losing it over the little dogs. His gushing continued during a cooking demonstration at USA TODAY Wine & Food Experience in Brooklyn Saturday, where he revealed plans to eventually adopt one and name it Charlie.

“I’d like to one day when life kind of calms down,” Porowski said with a grin, casually chopping potatoes as he answered fans’ questions. “No shade to cats, but you can leave them at home all day. With dogs, you really can’t and I’m never home. Unless I carted it around with me everywhere – that’d be nice.” 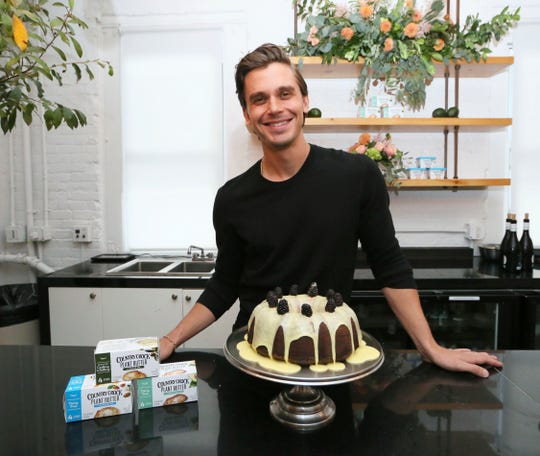 Antoni Porowski of Netflix's "Queer Eye" was a highlight of the celebrity roster at the New York stop of USA TODAY Wine and Food Experience this weekend. (Photo: Stuart Ramson, Invision for Country Crock Plant)

Porowski, 35, was charmingly candid throughout his half-hour presentation, goofily weighing in on everything from Taylor Swift to pumpkin spice lattes as he made Frenchified latkes, from a recipe featured in his first cookbook “Antoni in the Kitchen,” out Monday. The dish was passed down to him from his Polish immigrant mom, with more onions than traditional Jewish latkes and a hearty helping of cheese.

“We all have dishes that we remember fondly, from things that we’d have when we were kids to food we’d eat when we were broke,” Porowski told USA TODAY after the cooking demo. “I remember being a kid and having (latkes) and that was a special thing I enjoyed with my mother and my sisters and my dad. I was up there on stage and just remembered, ‘Oh, yeah, this is something we used to have together.’ It’s nice to remember those things and I think it’s important.”

Porowski was one of a handful of chefs and sommeliers on hand for the New York stop of USA TODAY Wine & Food Experience, which continues its national tour through mid-November with events in cities including Detroit, Indianapolis, Los Angeles, Chicago, and Scottsdale, Arizona.

“Chopped” star Alex Guarnaschelli and two-time James Beard award winner David Lynch were among the biggest names to descend on Brooklyn’s Prospect Park for the three-hour outdoor festival, which welcomed nearly 2,500 attendees, according to festival organizers. 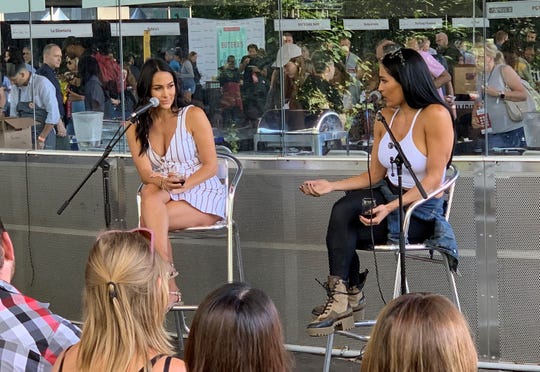 Perhaps the most entertaining presentation of the afternoon belonged to twin sisters Brie and Nikki Bella, the former WWE wrestling duo-turned-wine aficionados. In 2017, the Bella Twins started their own wine label Belle Radici, whose limited run of 2015 Napa Valley Reserve Chardonnay was a hit at Saturday’s event.

“We love wine tasting, but the one thing about my sister and I is that we don’t sip and dump – we sip and gulp,” Brie confessed to fans during their laid-back “Partners in Wine” seminar.

“Yes!” Nikki chimed in. “Has anyone here been to wine country? Do you guys pour it out, or do you drink it all? Drink it all!”

The twosome earned frequent laughs and cheers from the mostly female crowd for their refreshingly unpretentious take on wine: Admitting they enjoy ice in their chardonnay and raw jalapeños in their rosé, and using expletives to describe wine varieties that smell like horse manure.

Aside from the celebrity talks, more than two dozen New York restaurants, winemakers and liquor brands were featured in the festival’s Grand Tasting section. Among the best things we tried:

Du’s Donuts and Coffee. The Brooklyn bakery served up a slew of unique pastries including pomegranate dark chocolate, creamsicle and blueberry crumble doughnuts. Our personal favorite was the decadent cherry cheesecake variety, topped with a gooey cream-cheese glaze, cherry icing and graham-cracker crumble. 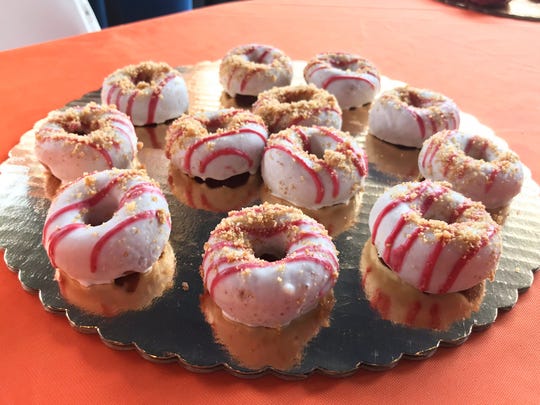 Great Northern Food Hall. For festival-goers daunted by the unending line for Di Fara Pizza, this Scandinavian food joint at Grand Central Terminal offered up hearty snacks for them to soak up all the alcohol. The highlight was a mouthwatering beef tartare, topped with watercress, pickled mustard seeds and onions. 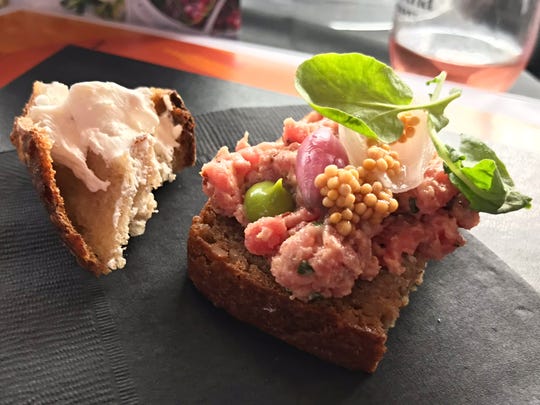 Lady M. Attendees couldn’t stop raving about this cake boutique, which has three Manhattan locations and offered up two varieties of chocolate and vanilla cakes. What separates them from your standard layer cakes is their pillowy, spongy texture, made with twenty paper-thin crepes stacked between blankets of light pastry cream. 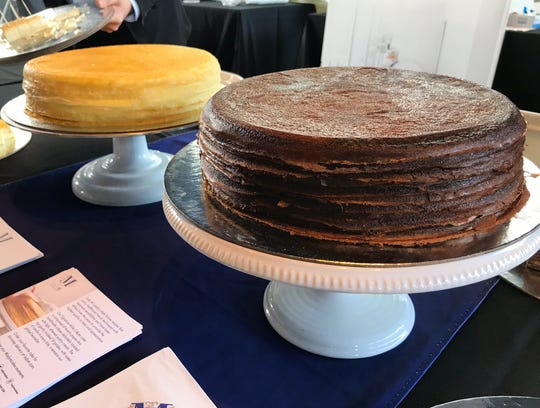 Bouley at Home. Chef David Bouley offers three- and seven-course tasting menus at his French fine-dining concept in the Flatiron District, both of which feature a kuzu crisp starter drizzled with aligote and black truffle. It was easily the smallest item we sampled, but packed enough big flavor that we had to go back for seconds and thirds. 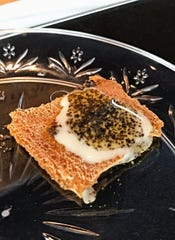 Monzo customer scammed out of £5,000 including inheritance from grandad in ‘number spoofing’ con