ANDREW PIERCE: Red faces for the Lib Dems as constituency chairman defects to the Brexit Party 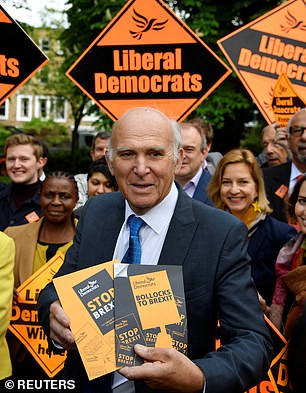 Red faces: Lib Dem leader Vince Cable’s complexion matches the signs in campaign signs. He was also left red-faced by the exit of a constituency chairman

Buoyed by their best local election results in the party’s 30-year history, the Lib Dems are expecting similar success in the European elections.

But Sir Ed Davey MP, who’s one of the party’s most ubiquitous anti-Brexit voices in the media, has been hit by an embarrassing setback.

Jimi Kent, chairman of his Kingston constituency party, has defected to the Brexit Party. He explained the move by saying: ‘The behaviour of the EU since the referendum is one of the best arguments for leaving. The Lib Dems have abandoned their commitment to democracy.’

If Davey, once a Cabinet minister in the Tory-Lib Dem coalition, can’t persuade his local party chairman about the supposed joys of the UK remaining in the EU, what hope has he got of persuading anyone else that Brexit must be halted?

Meanwhile, Lib Dem leader Sir Vince Cable seems to be in a bit of a muddle over his party’s flagship policy. 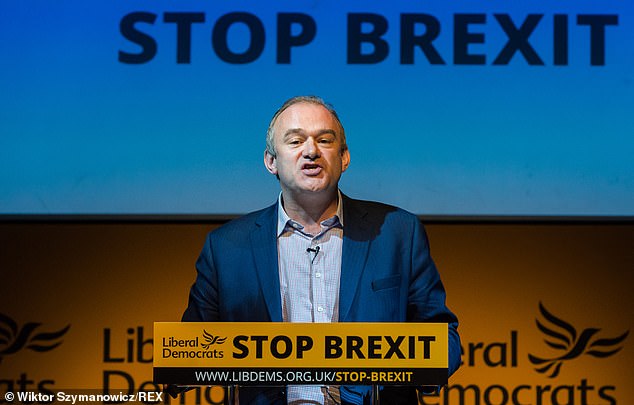 Anti-brexit Lib Dem MP Sir Ed Davey (pictured) has been deserted by his constituency chairman Jimi Kent, who left to join the Brexit Party over the Lib Dems’ efforts to stop Brexit

While interviewed on LBC radio, he said it would be much harder than Leave voters think to unravel Britain’s ‘35-year-long’ relationship with the EU. In fact, this country joined the continental trading bloc 46 years ago, in 1973.

Just a reminder, Sir Vince, in case you are struggling with other numbers, the Lib Dems have only 11 MPs and it was your 76th birthday last Thursday.

No contest for Widdecombe 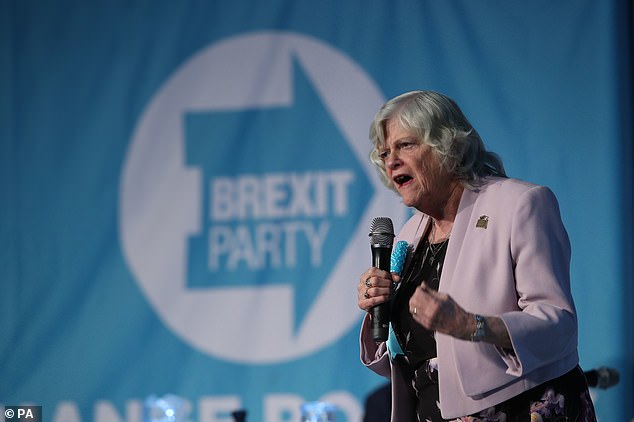 Ann Widdecombe was characteristically robust when challenged at a public meeting over which decision she found most difficult — leaving the Church of England to become a Catholic (over women priests) or quitting the Tory Party after 55 years to join Nigel Farage’s anti-EU outfit.

Her inimitable and impeccable riposte? ‘As important as I regard Brexit, it does not affect my mortal soul.’

The Hammers and the hammered 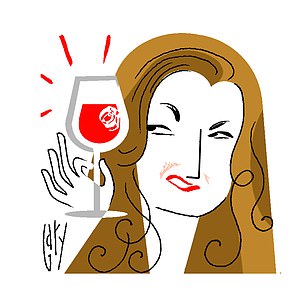 Tory peer Baroness (Karren) Brady tells Saga magazine: ‘As a child, I was enchanted by my parents’ drinks cabinet. When the doors opened, lights came on and it was very exciting. When I was three years old, I opened the cabinet to taste all these different coloured bottles. By the time my mum got home, I was drunk as a skunk. Mum was absolutely furious.’

No wonder the vice-chairman of West Ham — ‘the Hammers’ — and motivational speaker advocates two alcohol-free days a week.

No progress for Change UK

Progress, the influential Blairite pressure group, is refusing to align itself with his flotsam and jetsam Remainers. 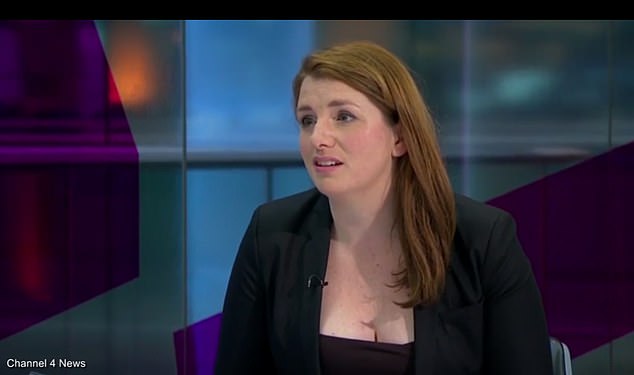 Alison McGovern, leader of Blairite pressure group Progress, has said her group will not align with Change UK

‘Now is not the time to walk away. Don’t leave the future of the Labour Party to someone else. Be part of it,’ said Progress chairman Alison McGovern.

However, she should rename her group if she really thinks Labour can be rescued from Corbyn’s Marxist, anti-Semitic thugs.

Will Sadiq side with Spurs

Normally, London mayor Sadiq Khan is quick to jump on any bandwagon in a shameless attempt to make himself more popular.

And what better way than to get some reflected glory after four English football teams qualified for the finals of Europe’s two biggest club competitions? 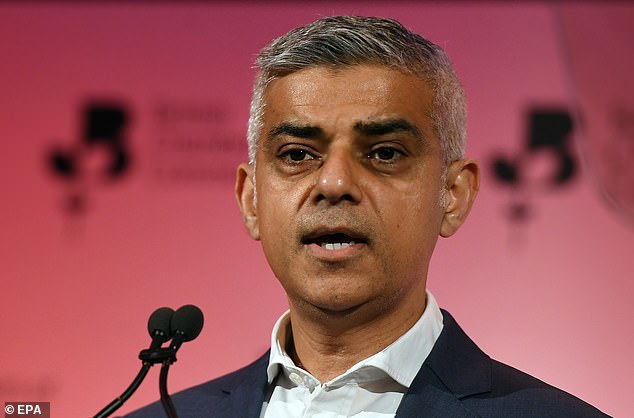 Despite being Mayor of London, Sadiq Khan is an avowed Liverpool fan. He has made no mention of the Chelsea versus Arsenal Europa League Final

As a Liverpool fan, he said the Reds’ achievement was ‘sensational’. But surely that could offend supporters of their Champions League final opponents, Spurs, from North London.

And what about those other two London teams, Europa League finalists Chelsea (whose games Khan has said he attended as a boy) or Arsenal, whose scarf he happily once wore to a match with Jeremy Corbyn?