“You think it’s all going to be fun, and a lot of it is, but it will slap you in the face really quickly.”

Caleb Kennedy spoke out about his experience on “American Idol,” which included an abrupt exit after making it to the Top Five.

In May, the 16-year-old songwriter left the singing competition when a resurfaced video showed him hanging out with a friend who was wearing a white hood similar to the ones worn by the Ku Klux Klan. At the time, Caleb apologized and said he would be taking a break from social media.

During a recent interview with Spartanburg Herald Journal, the South Carolina native said he wasn’t ready for the pressure of being thrust in the national spotlight after quickly becoming a fan favorite on the show.

“You think it’s all going to be fun, and a lot of it is, but it will slap you in the face really quickly,” he explained. “I wasn’t ready for it.”

“There’s no way to emotionally prepare for ‘Idol’ because no one is ready for it, no matter how you prepare,” he continued. “But I don’t regret it, and I did love it.”

He did, however, admit his life is a bit different now after achieving fame from the hit program. 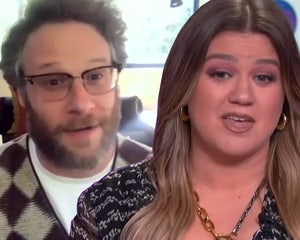 “On ‘Idol,’ that wasn’t me. That world is so different,” Caleb explained. “Now that I’m home, I try to be me, but I’m also scared of someone videoing me when I go to Academy or Wal-Mart. You have to worry about things like that now.”

After Caleb left the show, “American Idol” judges Luke Bryan and Lionel Richie voiced their support for the young musician.

“We want the best for Caleb,” Luke told People. “As far as the nuances on how ABC gets viewed, either way, decisions got made and it’s our job as judges to show up and do our best job and comment on the kids who are in front of us. But we wish nothing but the best for Caleb. It does make for a very, very challenging and upsetting week.”

Lionel added, “A lot of times, we think about it, we grow up and we make mistakes and we look at our life behind us many times and we say, ‘God, what was I thinking about when I did that?’ This was one of those situations where we kind of give him a big hug.”