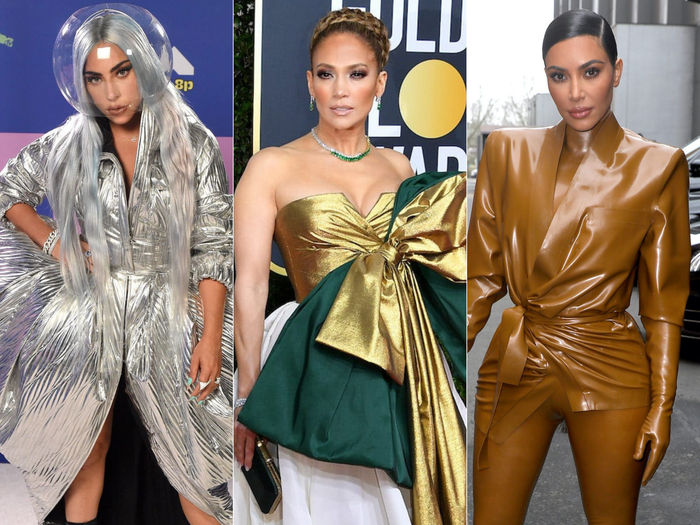 Celebrities are known to make some interesting outfit choices in the name of fashion — and 2020 was no exception.

From Lady Gaga's space-inspired dress at the 2020 MTV Video Music Awards to Joey King's optical illusion look at the 2020 Golden Globes, these are some of the wildest looks celebrities have worn this year.

Shaun Ross attended the 2020 Grammys in a coat, pants, and shoes that were completely covered in pearls. 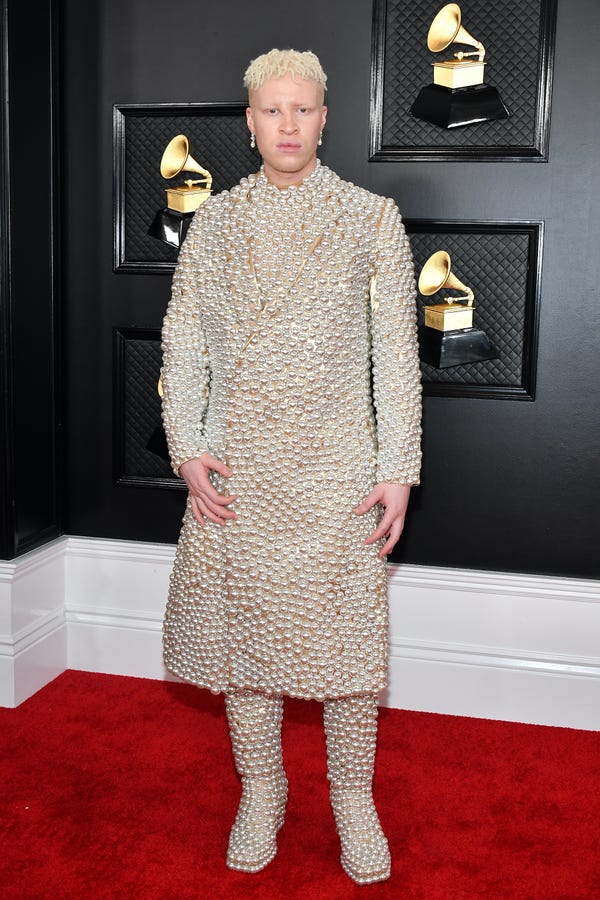 The model and actor wore an entirely pearl-embellished look by Amy Bond that made for statement-worthy photos. 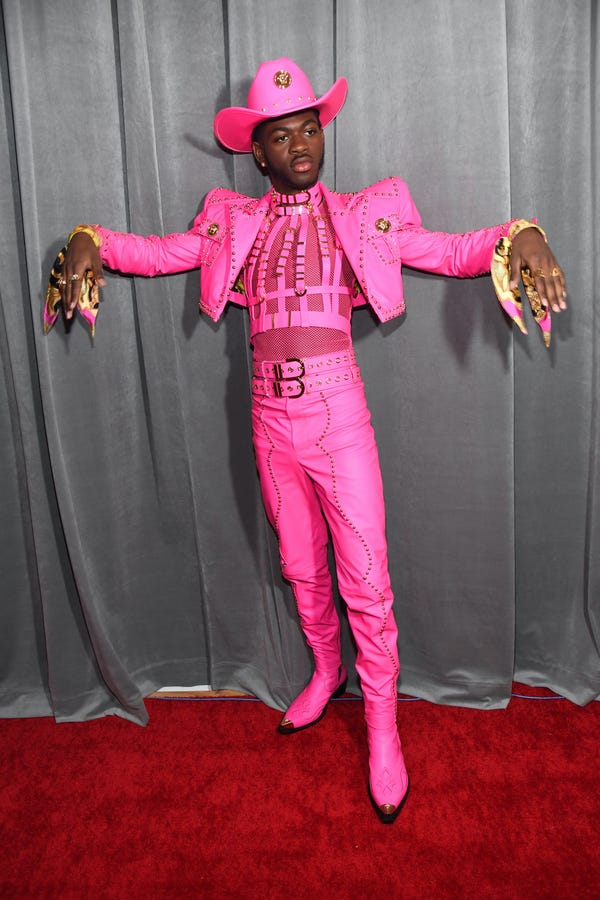 The 20-year-old singer showed up in a look completely designed by Atelier Versace. He accessorized with gold Versace jewelry and coordinating cowboy boots. 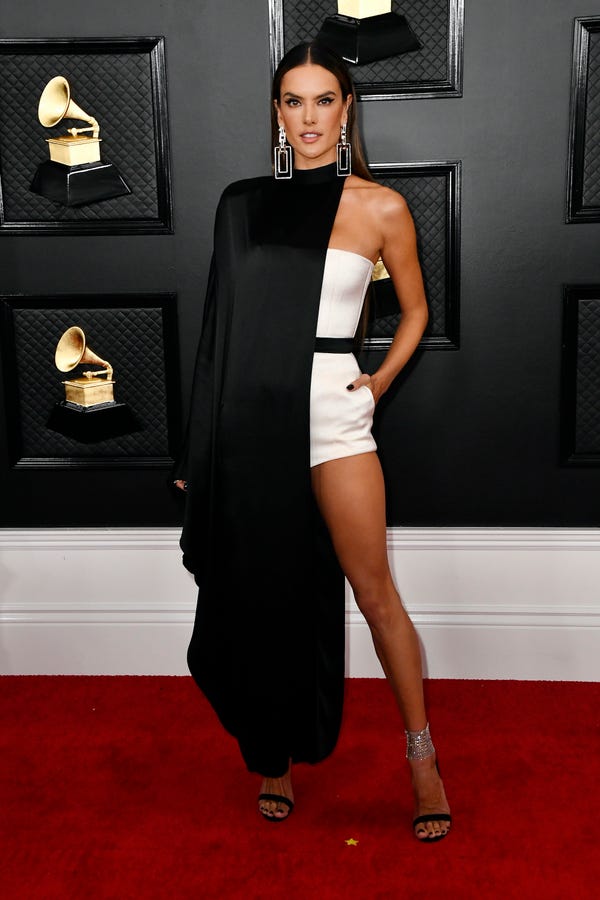 At the 2020 Grammys, John Legend wore a unique suit from Alexander McQueen. 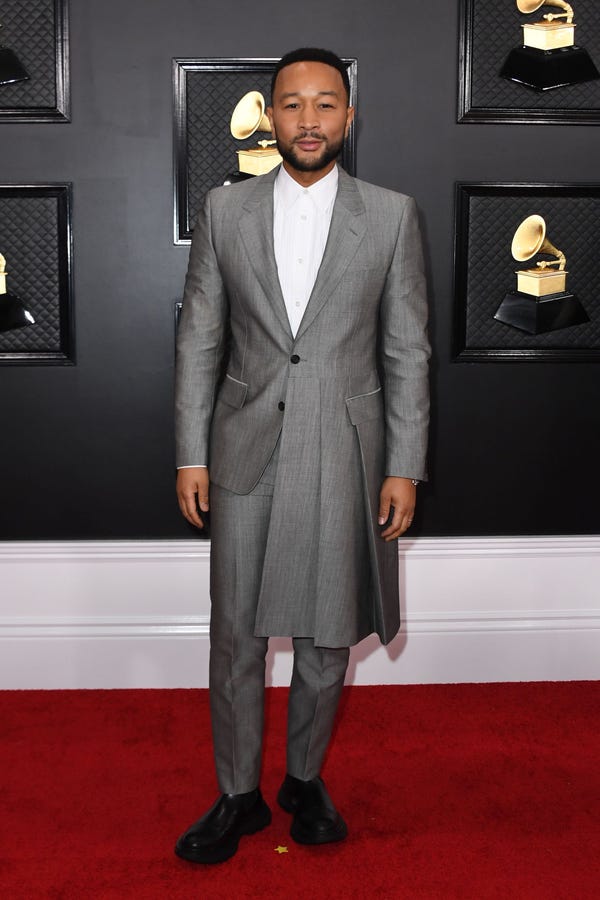 The singer's suit jacket was long on one side and short on the other. 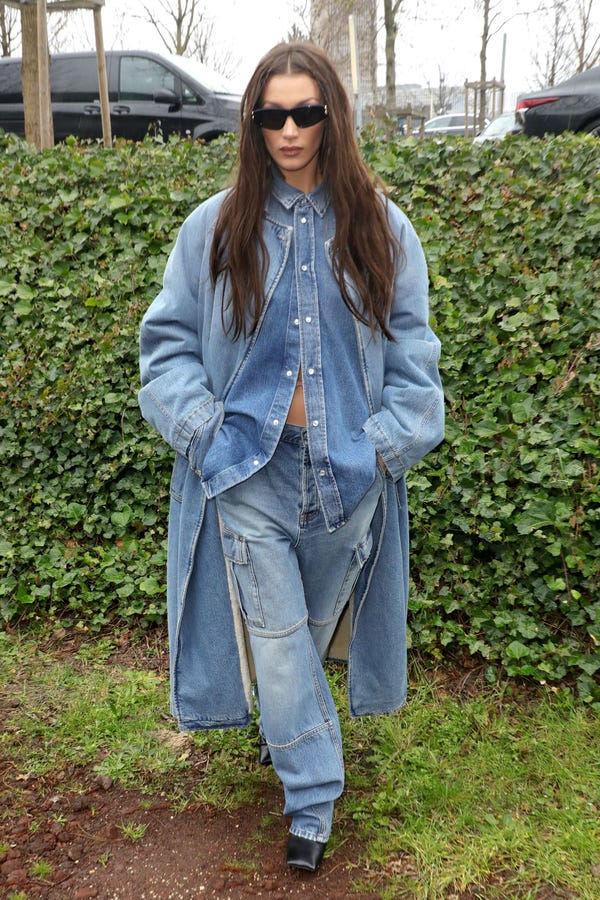 The model arrived at the Balenciaga show wearing an unbuttoned denim shirt with a tan crop top underneath, baggy cargo pants, and a $2,550 trench coat from the designer that was sold out at the time of writing.

Jennifer Lopez's dress at the 2020 Golden Globes made her look like a walking gift. 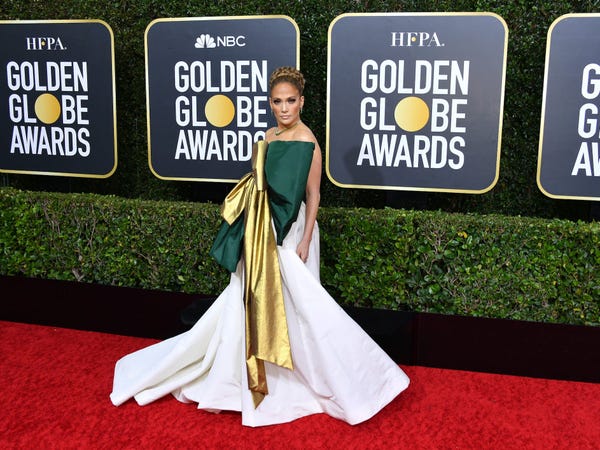 Lopez arrived at the awards show wearing a white Valentino gown with a huge green and gold bow across the front. She paired the dress with more than 145 carats of Harry Winston jewels.

Kerry Washington took a risk and embraced the no-shirt trend at the 2020 Golden Globes. 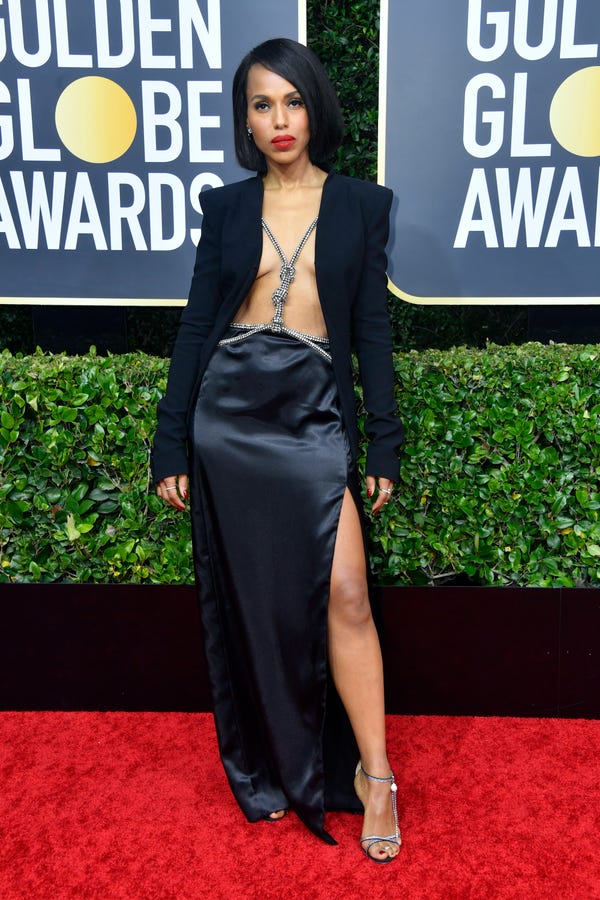 Washington completed her daring Altuzarra look with a body chain that matched her Magda Butrym heels.

Joey King looked like a walking optical illusion at the 2020 Golden Globes. 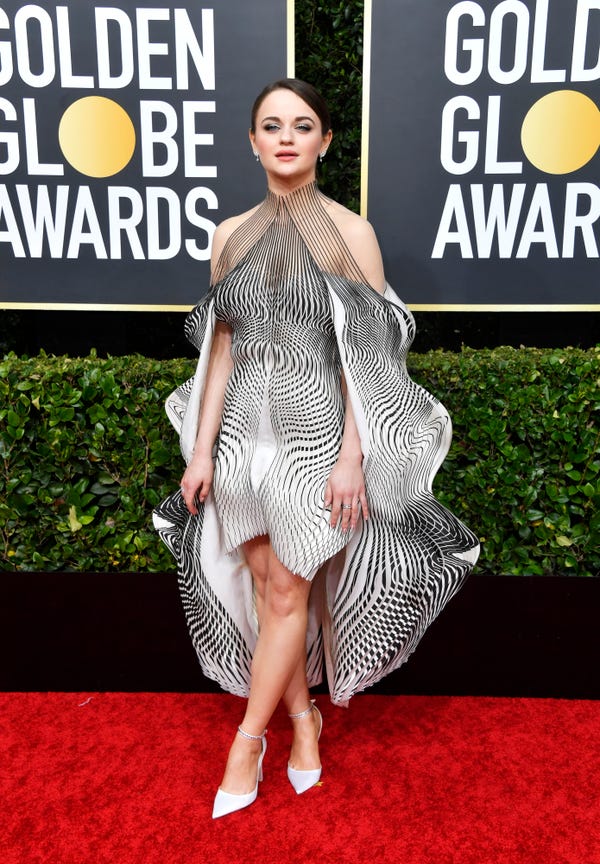 The actress wore an Iris van Herpen dress that was designed with dramatic black-and-white, wing-like sleeves.

Florence Pugh wore an over-the-top fuchsia and black look at the 2020 BAFTAs. 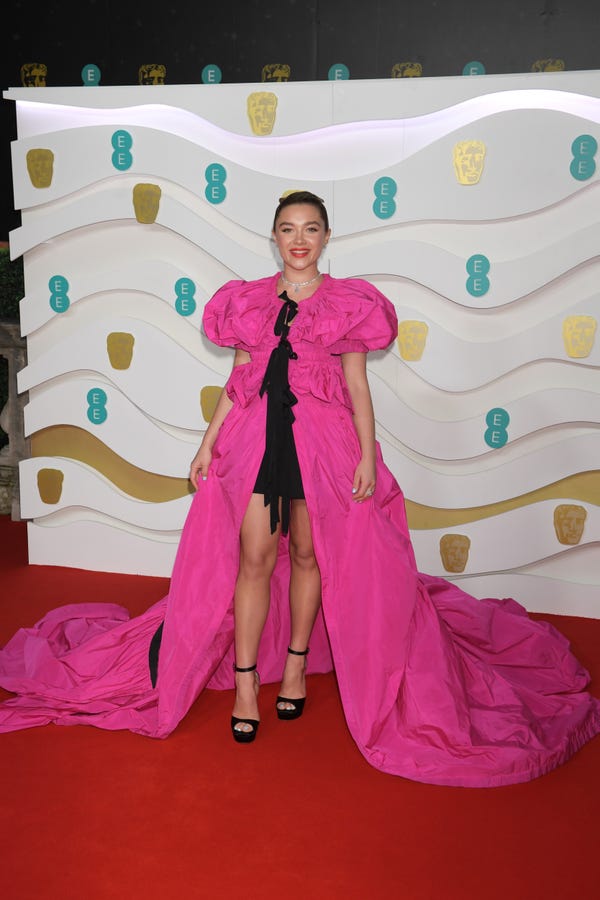 Pugh arrived at the awards show wearing a black minidress underneath a Dries Van Noten x Christian Lacroix gown that had ruffled tiers and a long train. The "Black Widow" actress paired it with Tiffany & Co. jewelry and black platform heels.

Kristen Wiig was photographed at the 2020 Oscars in a Valentino Couture gown that many people on Twitter compared to lasagna noodles. 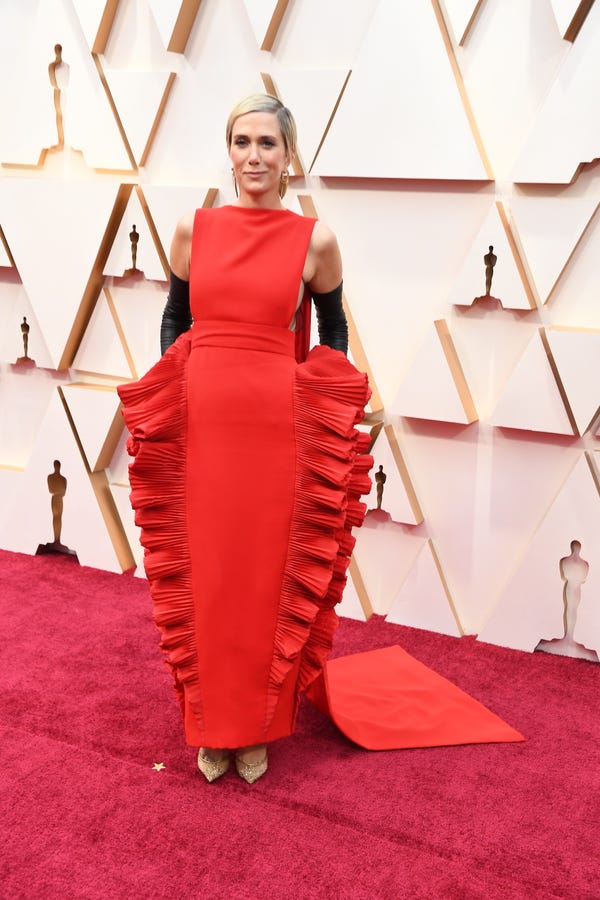 The "Wonder Woman 1984" actress turned heads when she arrived in this sleeveless dress with black gloves and gold Christian Louboutin heels.

People on Twitter compared the dress to everything from pasta noodles to an underwater creature, as Page Six reported. 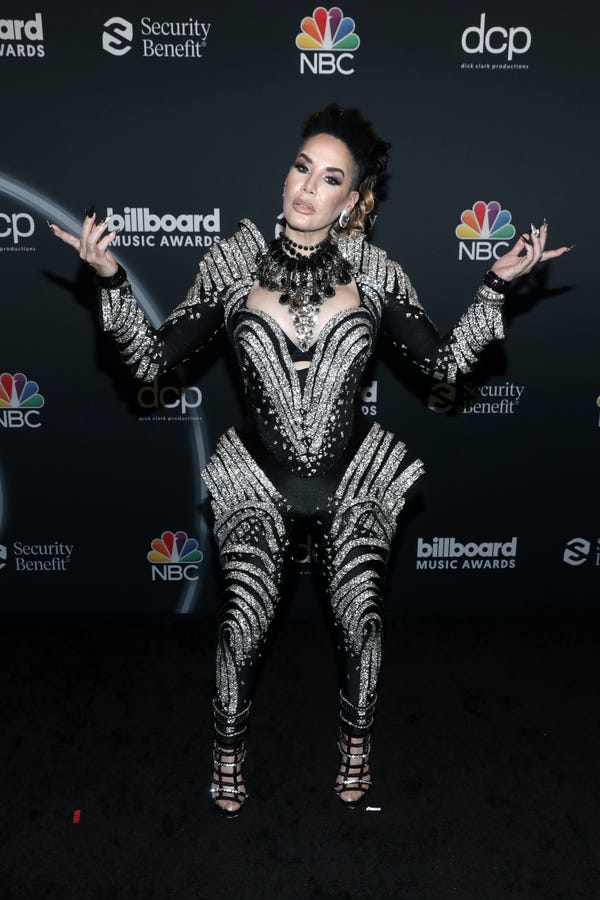 The Puerto Rican singer attended the awards show and performed in a Rocky Gathercole design that he called "robotic diamonds" on Instagram. The avant-garde designer created the bodysuit with exaggerated shoulders and hips.

Julia Michaels wore layers and layers of tulle to the 2020 Billboard Music Awards. 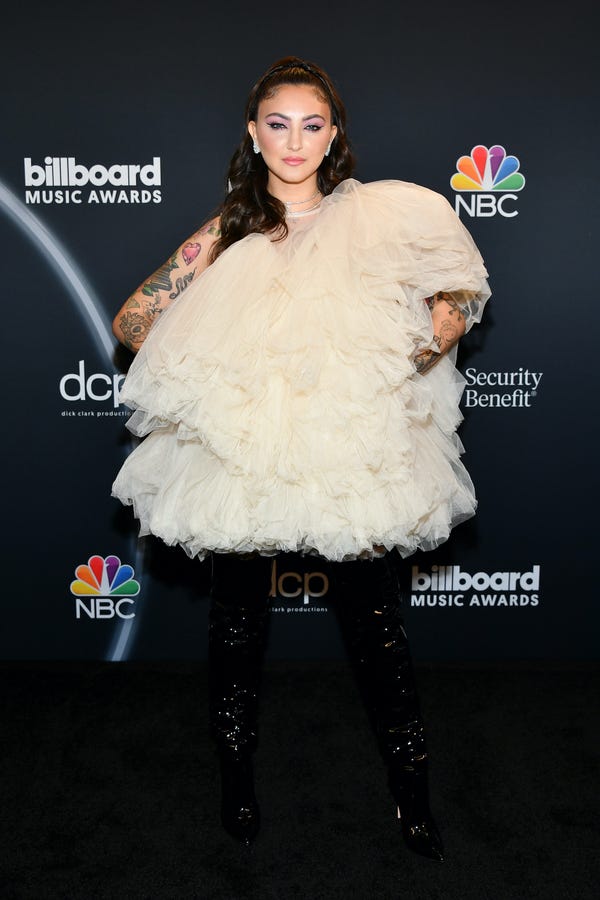 The singer-songwriter wore a Bicholla dress with patent Gianvito Rossi boots and Messika jewelry to the awards show.

Lady Gaga arrived at the 2020 MTV VMAs in this spaceship-inspired ensemble. 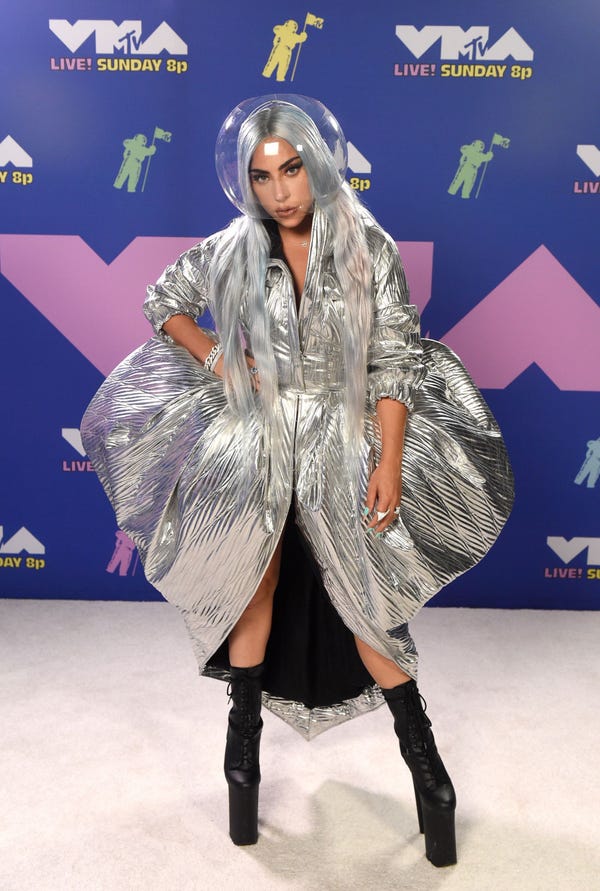 The singer walked the white carpet in a jacket from NYC designer AREA and Pleaser boots. She paired it with simple jewelry and a bowl-like face shield. 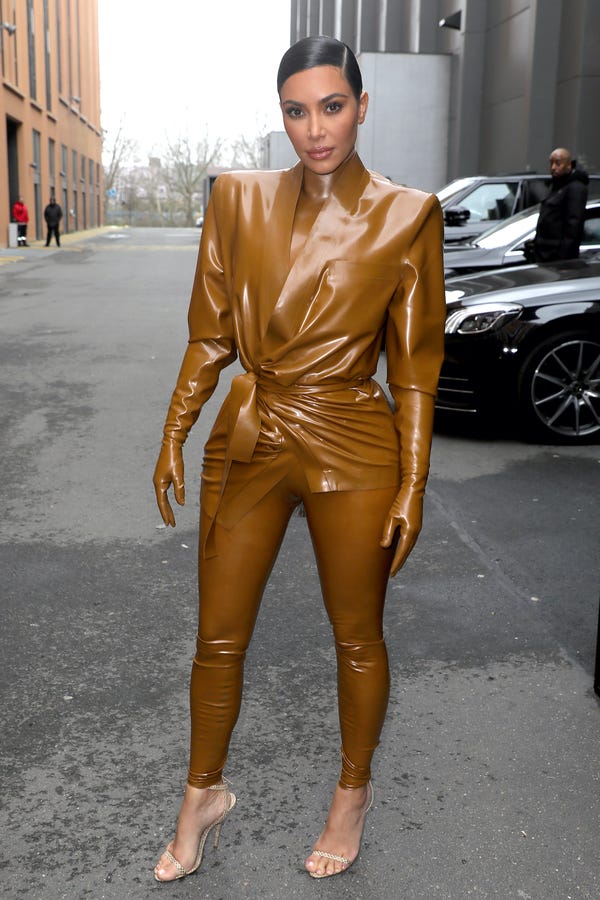 Viewers got to see just how much Kardashian West had to struggle to get into this Balmain outfit during an episode of "Keeping Up With the Kardashians."