Home » Fashion » Zen dos featuring yoga are all the rage but why would you turn your back on the fun of a real hen do?

IF there is one night when it is totally acceptable for women to get off their face, run around clutching plastic willy straws and dance until they drop it is their hen do.

Yet a recent survey has found brides-to-be are going for booze-free “zen dos” with yoga and mineral water. 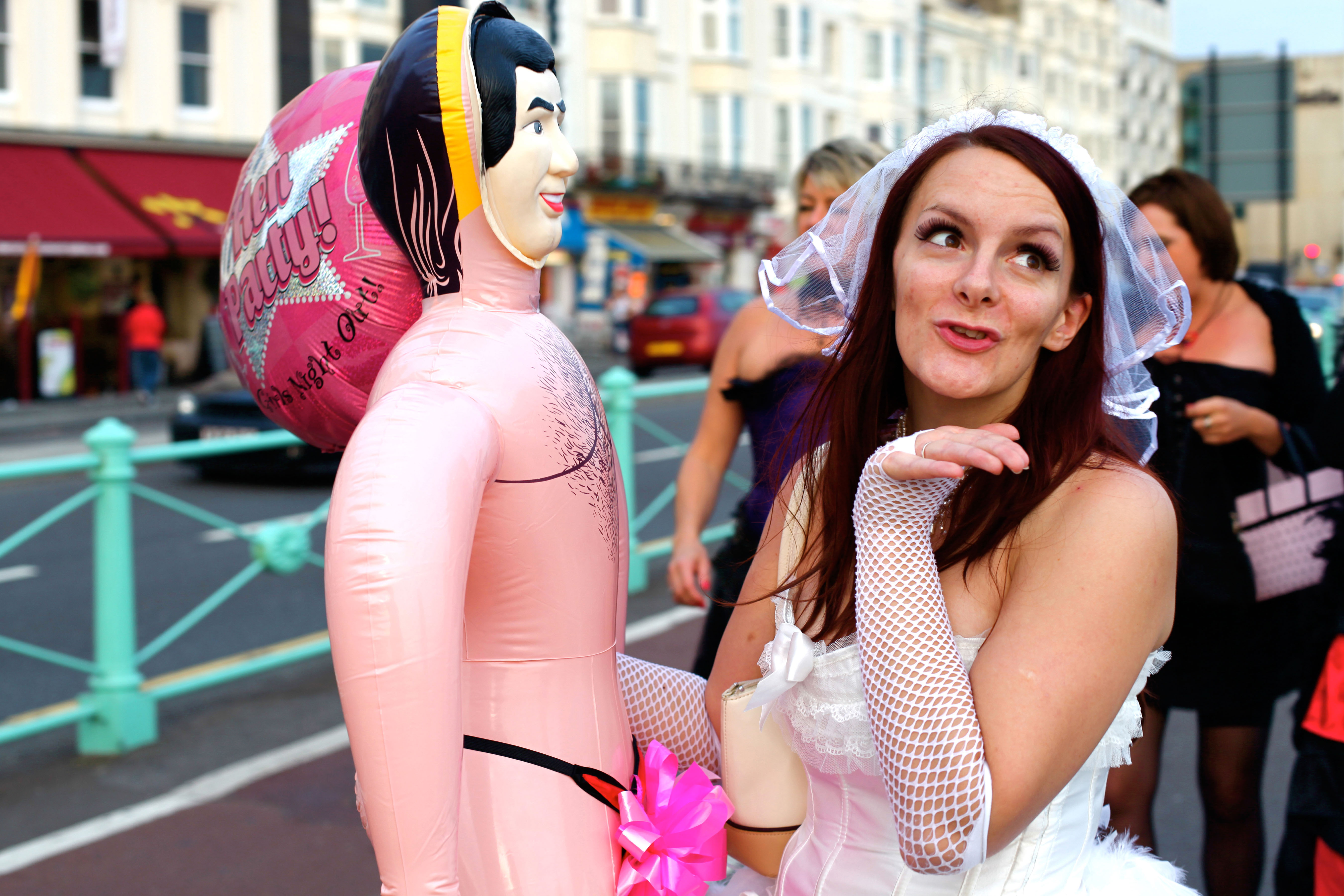 As Fabulous Daily writers share their hen highs and lows, we ask why would you turn your back on all this? 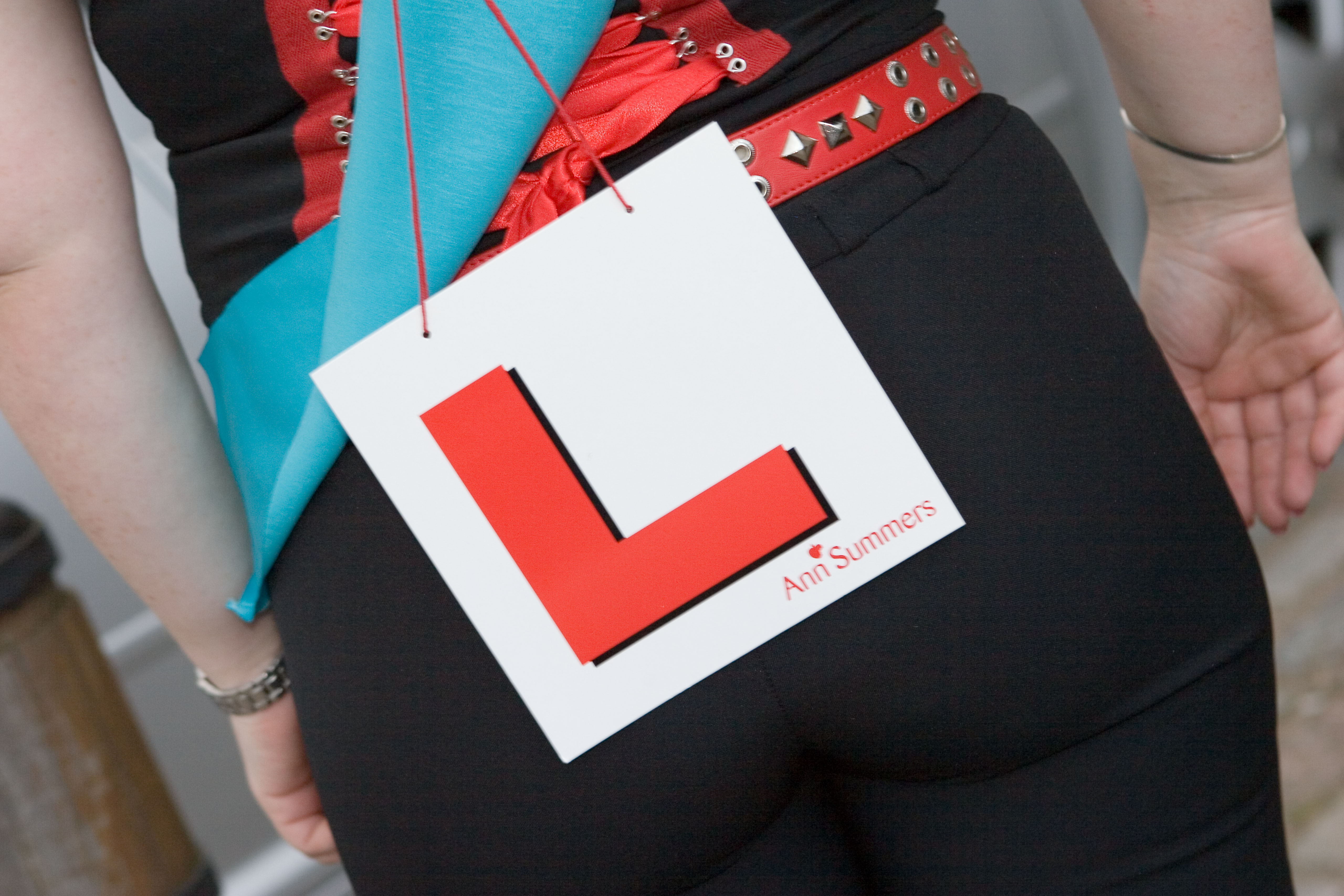 ‘Make the most of your last night’

IF my friends surprised me with a “zen do” when I finally get round to getting married, I would be thoroughly cheesed off.

Sure, up there with the pure elation of a dozen best mates screeching Bon Jovi’s I’ll Be There For You on karaoke while chucking slippery nipple shots at each other, there have been lows in my hen do history. 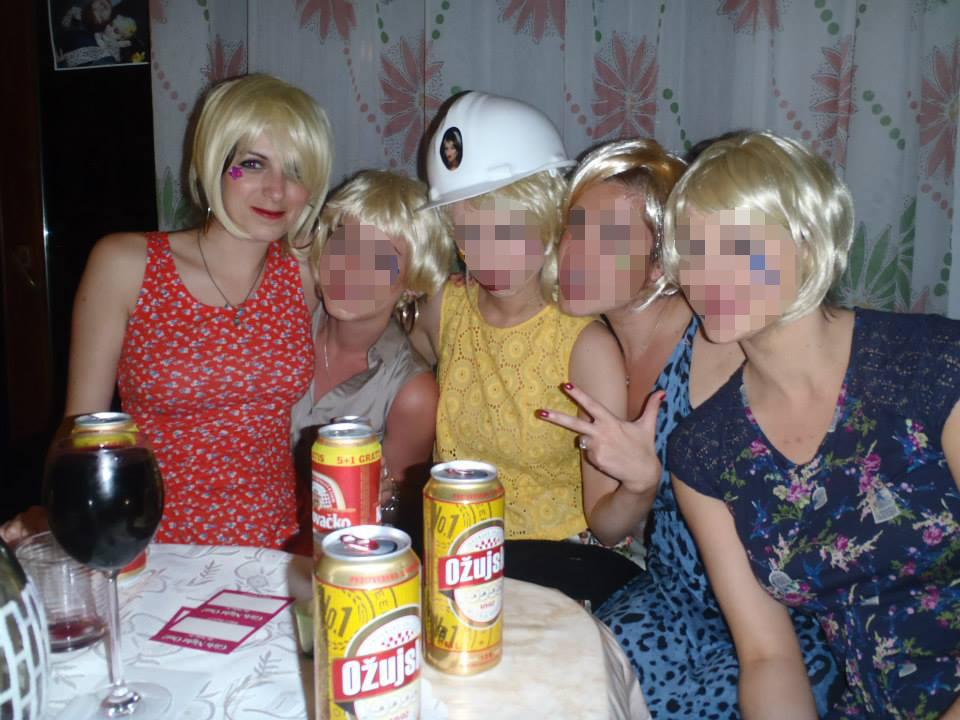 Having to alert the British Embassy and Croatian police after losing a pal for 12 hours, the mum-in-law fishing a prosecco-comatose bride out of a hot tub, or drunkenly uploading photos to Facebook of an engaged friend getting off with a barman, should not be included in any hen do manuals.

However, tacky outfits, strippers, L-plates, flashing bums and buckets of cocktails definitely should. This is your final night of singlehood, make the bloody most of it.

‘Tongue in cheek – and his mouth’

STRIPPERS, tears, tantrums and STIs . . . no, not Love Island, an average hen night.

I’ve been to more than I can remember and spent many a night rescuing the bride-to-be (and her tongue) from an unsuspecting stranger’s mouth. 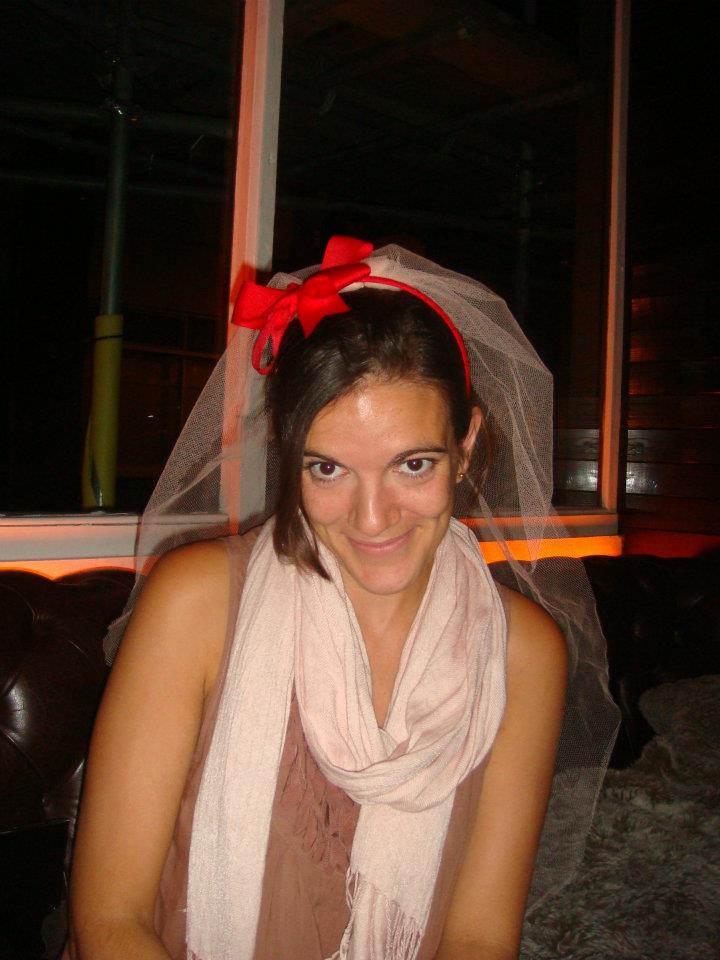 On one just-about memorable night at a former colleague’s hen do, around 30 girls were waiting for a stripper. He turned up late – meaning plenty of prosecco had flowed and inhibitions were loosened.

Fast forward a few songs and the bride-to-be disappeared with the stripper – and her mother.

The mum and daughter duo were found performing a sex act on him. It’s a timely reminder that hen dos bring the sisterhood together . . .  even if sometimes it does get too close for comfort.

‘Baying for the stripper’s blood’

AFTER a hen do you are broken, skint and bruised but it’s worth it. Your responsibilities are borne away on a tide of Jagerbombs.

At one hen do the stripper had to cancel at the last minute. Gutted, we flicked through the Yellow Pages and found a replacement. He was booked for an extortionate rate and by the time he arrived 45 minutes later – and told us it was his first time – we were baying for blood. 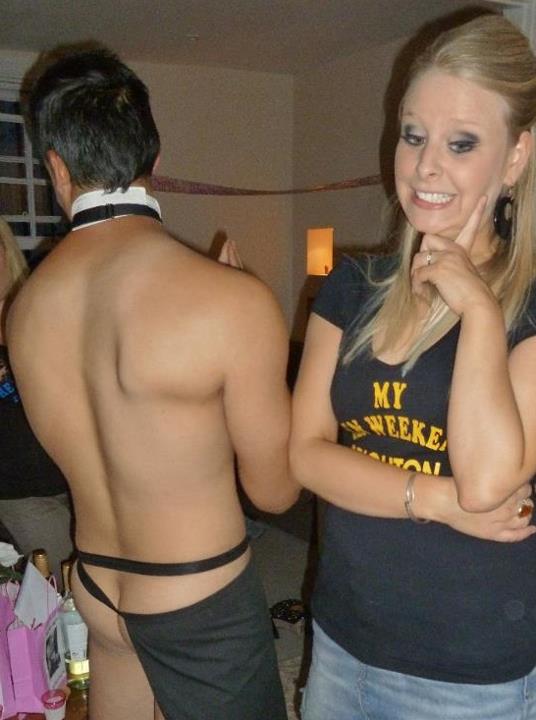 He excused himself to the bathroom where he stayed for an uncomfortable half hour before emerging. It appeared he had been busy “preparing”.

As the strip progressed it became obvious he had tied an elastic band around his appendage. It looked like a bright red angry French stick.

The room filled with screams – and not the right kind as he carried on in pain. But, of course, despite this tawdriness there is no better do than a hen do.

‘Naked sprint in the corridor’

THERE really isn’t a party like a hen night party and 15 years on since mine, I’ve still got the T-shirt to prove it.

A bunch of 20-plus girls spent a raucous night in Newcastle and it was THE greatest weekend of my life. 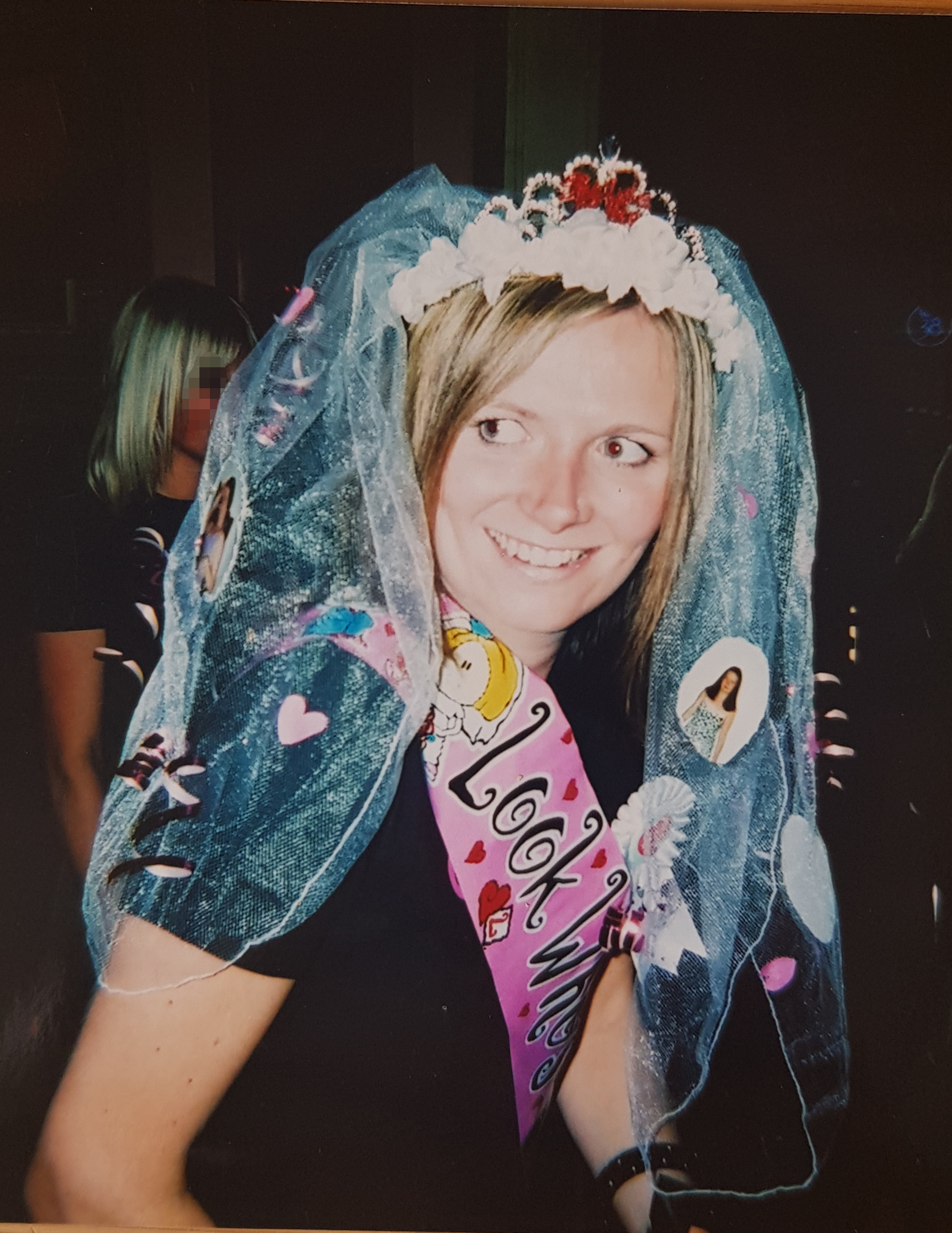 The Toon didn’t know what had hit it when my convoy of cackling Yorkshire girls rocked up. Bags stuffed with penis straws and dare cards we hit the town in miniskirts and sashes. I embraced every dare – nabbing a pair of boxers from a bloke, dancing on the bar, showing my bum in public.

Shameful but we laughed – a lot. I finished the night running naked down a corridor.

It was a night I’ll never forget. I flopped into bed with my full face of makeup at 5am, and spent the journey home later with my head out of the car window.

I wouldn’t change a thing.