Home » Fashion » Where Was Rihanna During the Met Gala? Plus, See Her Best Dressed Pick! 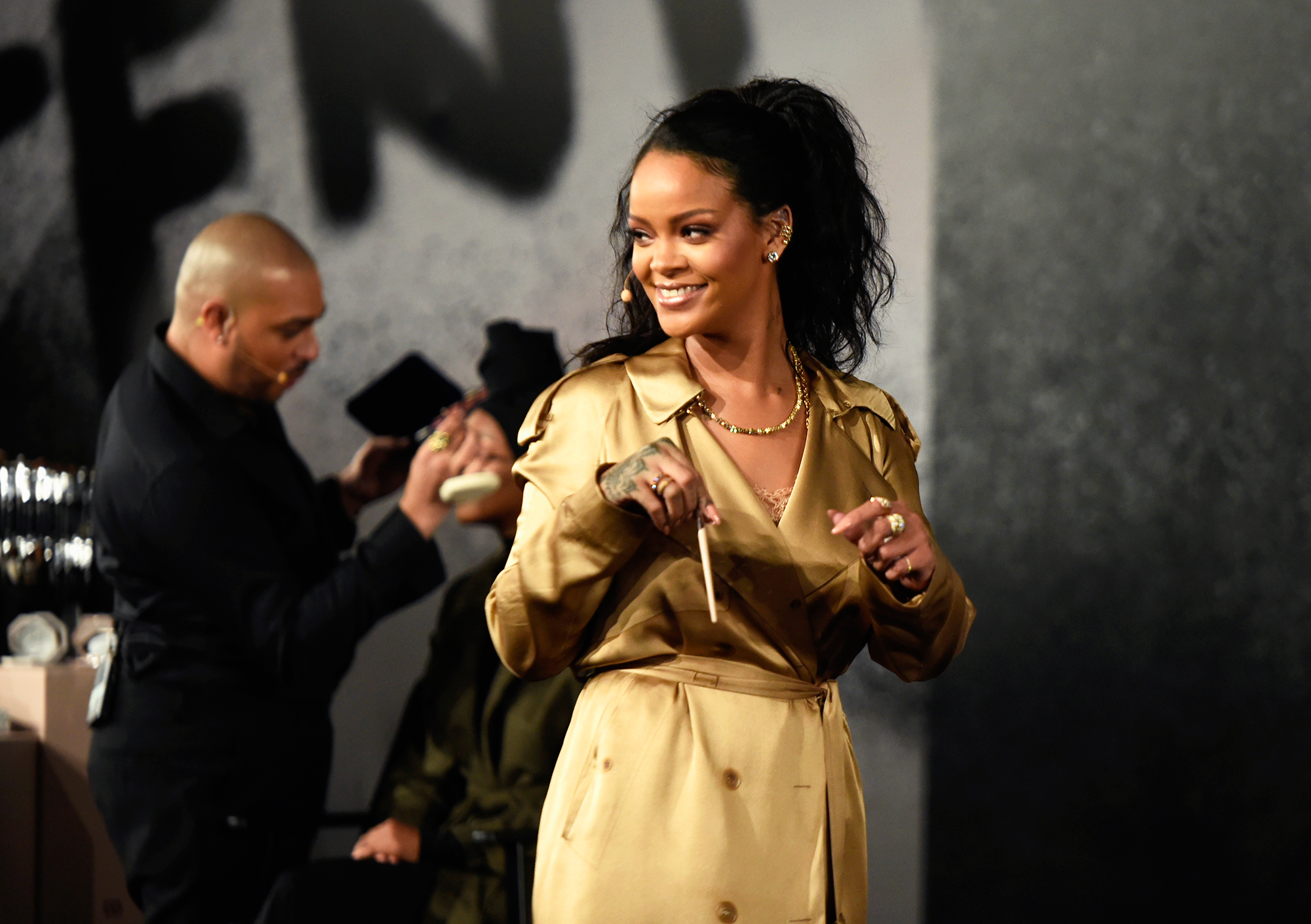 Rihanna, who makes headlines every year for her extravagant costumes, was noticeably absent on the red carpet outside the Metropolitan Museum of Art in New York City on Monday, May 6. Luckily, she made sure to let her 70.3 million Instagram followers know exactly where she was. 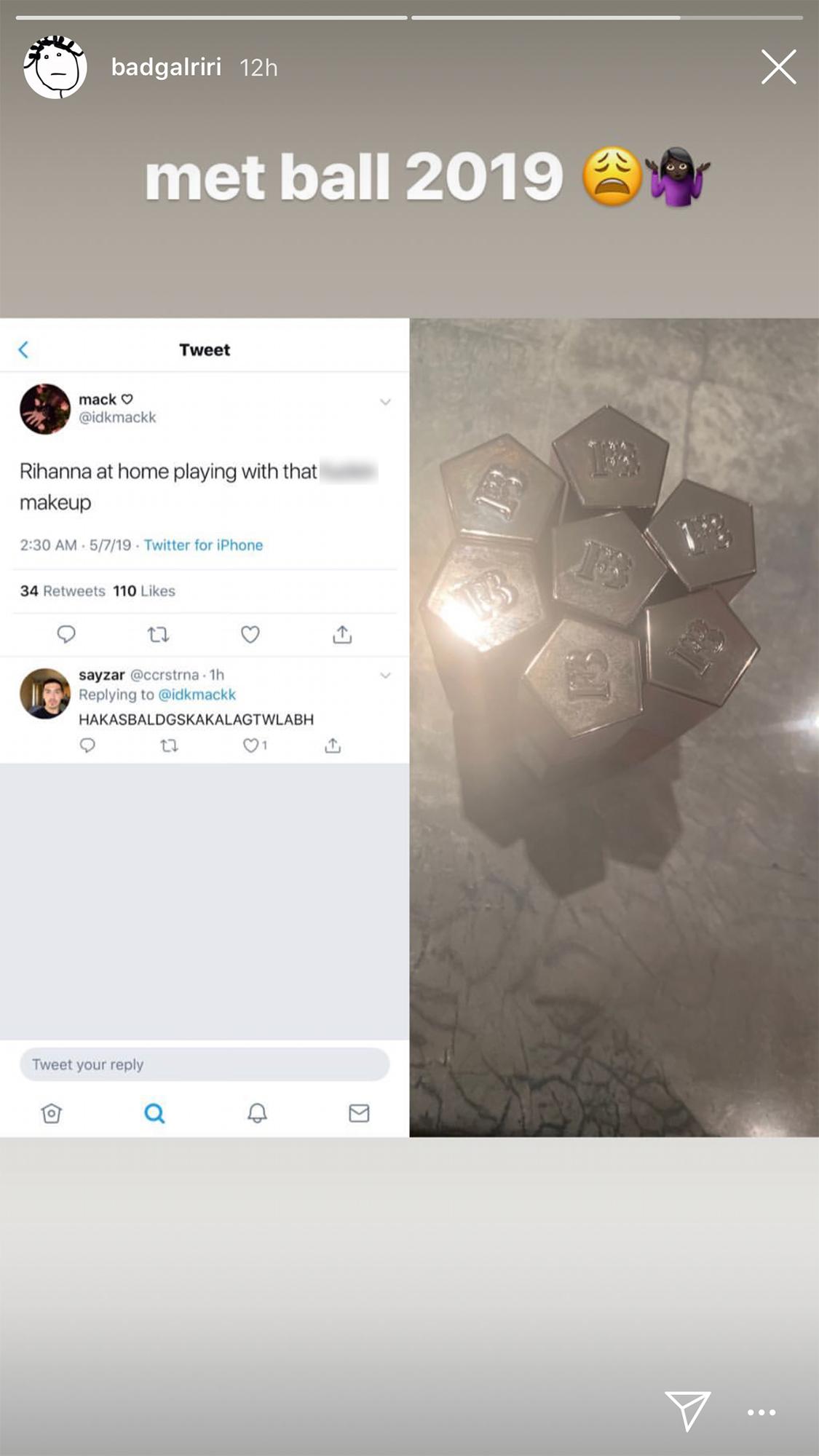 The “Love on the Brain” singer, 31, took to her Instagram Stories in the middle of the event and shared a photo of her Fenty Beauty lip sticks. After a fan jokingly called her out on Twitter for “playing with that f–kin makeup” during the biggest night in fashion, an unfazed Rihanna shared a screenshot of the tweet alongside emojis of a weary-face and a girl shrugging her shoulders.

That wasn’t the only burning question that the nine-time Grammy winner answered. She also shared her favorite look from Monday’s gala: Anna Wintour. Rihanna uploaded a picture of the Vogue editor in chief, 69, on the red carpet in her pink bedazzled Chanel gown with a feathered cape. “Best dressed,” she captioned the post, adding pink heart emojis. 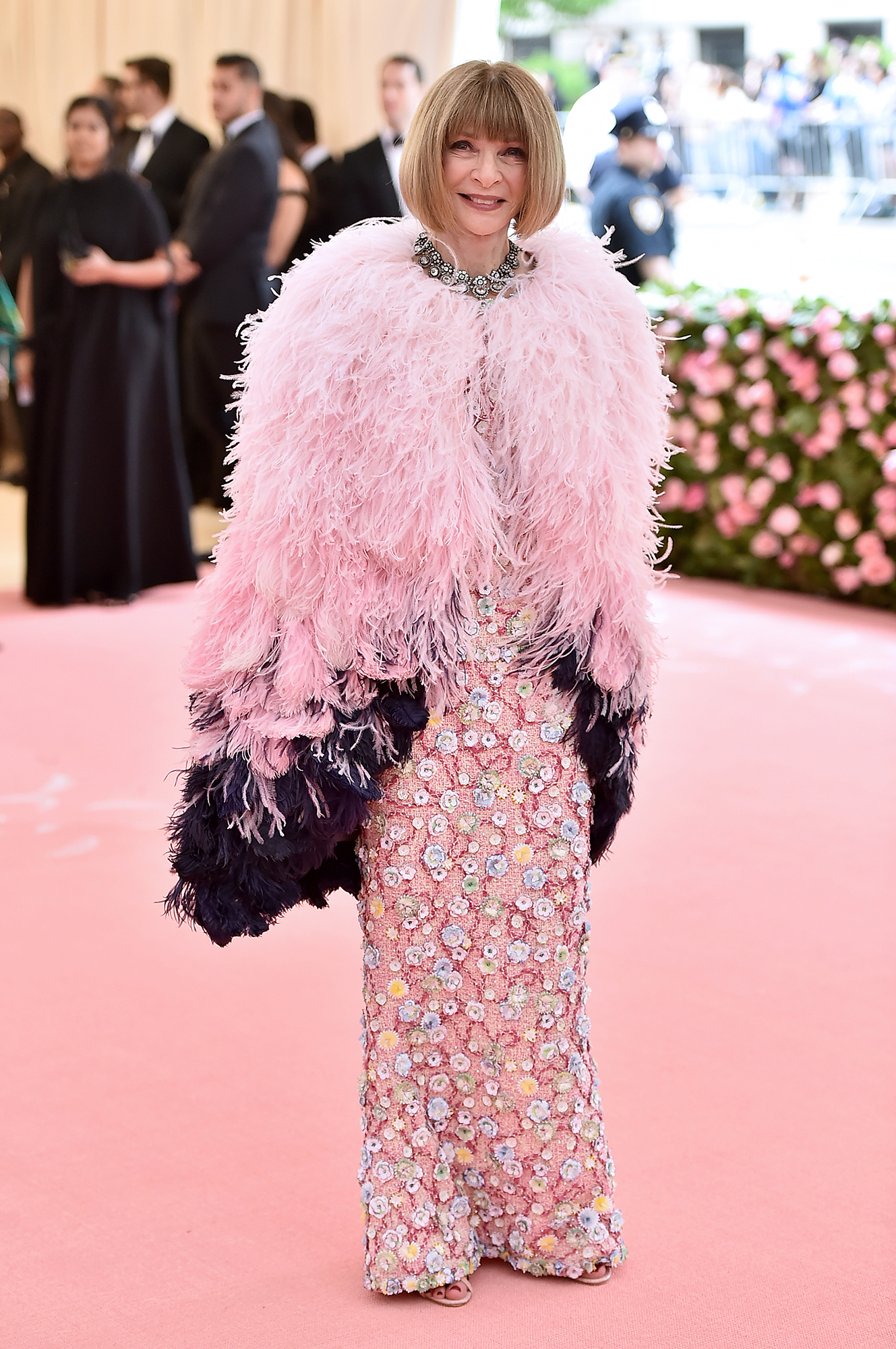 In the comments section, members of the Rihanna Navy begged her to make a last-minute appearance. “Girl stop playin and step out,” R&B singer Dreezy wrote. Another fan commented, “You would’ve been [the best dressed] if you were there.”

Wintour tapped Rihanna as a co-chair at the 2018 Met Gala, where the Barbados native made a statement in a pope-like headdress and a Maison Margiela Artisanal ensemble that perfectly fit the “Heavenly Bodies: Fashion and the Catholic Imagination” theme. (This year’s theme was “Camp: Notes on Fashion.”)

Rihanna outdid the other A-list attendees in 2017 and 2015 as well, wearing a floral Comme des Garçons’ creation and a long, yellow Guo Pei ball gown, respectively.

The Ocean’s 8 star was not the only celebrity who skipped the 2019 benefit. Bradley Cooper, Sarah Jessica Parker, Beyoncé and Jay-Z, and Ryan Reynolds and Blake Lively were among the regulars who opted to stay home.

Are Likes and Followers the Problem With Social Media?